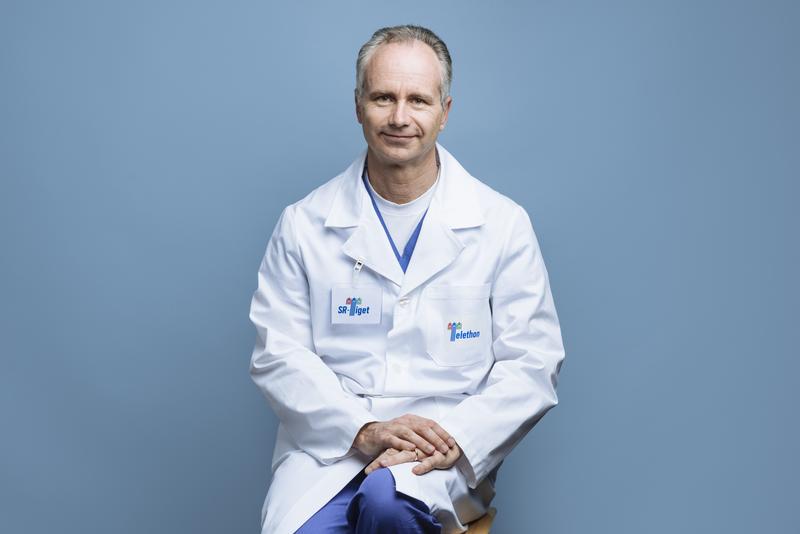 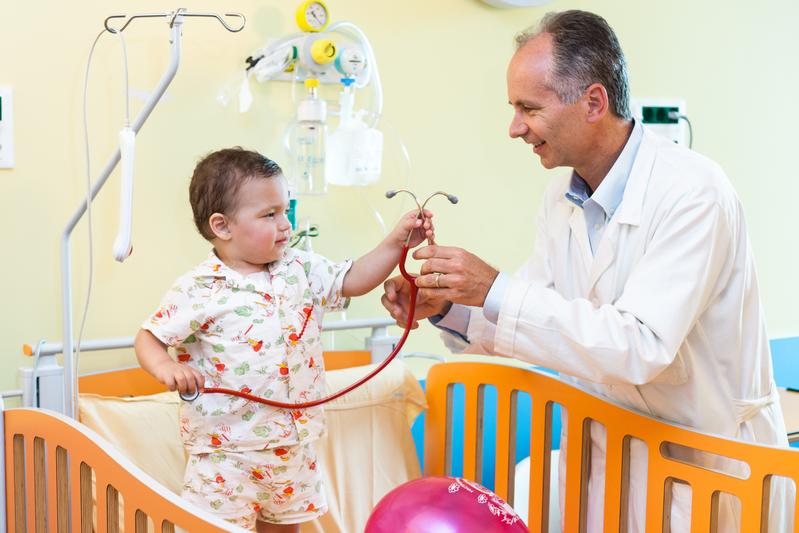 Alessandro Aiuti, a physician and research scientist from Milan, receives the Else Kröner Fresenius Prize for Medical Research 2020 endowed with 2.5 million euros

Bad Homburg v.d. Höhe/Milan, June 4, 2020 – The current coronavirus pandemic clearly illustrates how dangerous viral infections can become for us. Independent of the present situation, there are people whose bodies are defenseless against infections because their immune systems are unable to combat them – they suffer from immunodeficiency diseases such as ADA-SCID (adenosine deaminase severe combined immunodeficiency) or Wiskott-Aldrich syndrome. Prof. Dr. Alessandro Aiuti, a physician and research scientist based in Milan who works at the San Raffaele-Telethon Institute for Gene Therapy (SR-Tiget) and at the Vita Salute San Raffaele University, is now being honored with the Else Kröner Fresenius Prize for Medical Research 2020 for his groundbreaking successes in the development of gene therapies. The award is coupled to 2.5 million euros in prize money.

In the case of the rare immune disorder ADA-SCID, which exclusively afflicts young children and occurs about 15 times a year in Europe, a defective ADA gene within the genome disrupts lymphocyte development, leaving the young patient’s body defenseless against infections. “Without effective therapy, the children rarely survive for more than 2 years because any infection can become perilous for them,” Aiuti explains. Standard for this therapy is a bone marrow transplantation from a fully matched sibling. However, a suitable donor is available only for a minority of patients. “Meanwhile children with such a condition benefit from the advances we have made in the field of gene therapy. So far we have treated 36 children from 19 countries using the therapy we developed. In more than 80 percent of the cases, the treatment has had such an impact that no enzyme replacement therapy or transplantation is needed. This achievement has been made possible by the extraordinary effort and dedication of SR-Tiget researchers and clinical team throughout 25 years,” Aiuti adds. All of the patients are still alive.

For these successes and his other work in the field of gene therapy, Alessandro Aiuti has now been honored with the Else Kröner Fresenius Prize for Medical Research 2020 awarded by the Else Kröner-Fresenius-Stiftung (EKFS) foundation. At 2.5 million euros, this award is one of the highest endowed prizes for medical research in the world. “Still young by comparison, this year the prize is being awarded for the third time. It honors research scientists for pioneering contributions in the areas of biomedical science. A major percentage of the prize money flows into the prizewinner’s research and is supposed to contribute toward achieving further groundbreaking findings and medical breakthroughs in the future as well,” emphasizes Prof. Dr. Michael Madeja, scientific director and member of the management board at EKFS.

The decision regarding the prize recipient was made by a ten-member international jury composed of renowned research scientists in the fields of genome editing and gene therapy along with delegates from the Scientific Commission at EKFS. Prof. Dr. Hildegard Büning, chairwoman of the jury and president of the European Society for Gene and Cell Therapy (ESGCT), substantiates the jury’s decision: “Alessandro Aiuti is a truly outstanding physician and scientist. His work has decisively contributed to the development and successful treatment of rare, genetically caused disorders such as SCID. Thanks not least of all to the contributions he has made, even patients with other inheritable illnesses can presumably be treated successfully in the future.”

After successful clinical trials, the gene therapy developed for ADA-SCID patients was approved as a pharmaceutical remedy in Europe. It is considered to be one of the key findings in the development of gene therapies worldwide. With this treatment certain blood stem cells (CD34+) are taken from the patient, then the cell DNA is modified. The cells are treated outside the body using a viral vector to accomplish this. The correct version of the gene for the ADA enzyme is introduced into the genome of the cells that were collected. The genetically modified cells are returned to the patient’s bloodstream via intravenous infusion. A portion of the modified cells subsequently establish themselves in bone marrow again. The patient now has blood stem cells that function properly and produce lymphocytes to defend against infections – presumably on a life-long basis.

Alessandro Aiuti wants to utilize the prize money from EKFS to set the success story forth, to optimize the therapies further and map out the healing mechanisms involved in a better fashion. The scientist sees another major challenge in conveying the acquired knowledge beyond the successful gene therapies from Milan to as many other genetic disorders as possible. Alongside the therapy for ADA-SCID, the San Raffaele Telethon Institute for Gene Therapy has also developed gene therapies for four more hereditary diseases, among them the Wiskott-Aldrich syndrome and metachromatic leukodystrophy (MLD). To this day a total of more than 100 patients from 35 different countries have been treated.

Biography of Alessandro Aiuti
Alessandro Aiuti was born in Rome in 1966 and studied medicine there at Sapienza University. Following a stay at Harvard Medical School in Boston, Massachusetts in the USA, he received his doctorate in Human Biology in 1996 from Sapienza University. Since 1997 he has been active at the San Raffaele Scientific Institute in Milan, where he meanwhile also teaches as a professor at the Vita Salute San Raffaele University. He is furthermore Deputy Director of Clinical Research at the San Raffaele Telethon Institute for Gene Therapy and Head of the Pediatric Immunohematology Unit at San Raffaele Hospital. Aiuti is the author of numerous and highly acclaimed publications. Over the course of his career he has received a number of prizes from national and international institutions. Aiuti is a member of the board of the European Society of Gene and Cell Therapy, and a member of the EMA Committee for Advanced Therapies since 2019.

The Else Kröner Fresenius Prize for Medical Research
The international Else Kröner Fresenius Prize for Medical Research came into existence in 2013 on the occasion of the 25th anniversary of Else Kröner’s death and is awarded in alternating fields of biomedical science. Endowed with 2.5 million euros, the prize is one of the most highly endowed medical research awards in the world. It honors and supports research scientists who have made significant scientific contributions in their fields and whose work can be expected to yield groundbreaking findings and medical breakthroughs in the future as well.

The Else Kröner-Fresenius-Stiftung (EKFS) foundation – Advancing research. Helping people.
The Else Kröner-Fresenius-Stiftung, a non-profit foundation, is dedicated to the funding of medical research and supports medical/humanitarian projects. The foundation was established in 1983 by entrepreneur Else Kröner and appointed as her sole heir. EKFS receives virtually all of its income in dividends from the Fresenius healthcare group, in which the foundation is the majority shareholder. To date, the foundation has funded around 2,000 projects. With a current annual funding volume around 60 million euros the EKFS is one of the largest foundations for medicine in Germany. More information: www.ekfs.de.

The San Raffaele-Telethon Institute for Gene Therapy (SR-Tiget)
Based in Milan, Italy, the San Raffaele-Telethon Institute for Gene Therapy (SR-Tiget) is a joint venture between the Ospedale San Raffaele and Fondazione Telethon. SR-Tiget was established in 1995 to perform research on gene transfer and cell transplantation and translate its results into clinical applications of gene and cell therapies for different genetic diseases. Over the years, the Institute has given a pioneering contribution to the field with relevant discoveries in vector design, gene transfer strategies, stem cell biology, identity and mechanism of action of innate immune cells. SR-Tiget has also established the resources and framework for translating these advances into novel experimental therapies and has implemented several successful gene therapy clinical trials for inherited immunodeficiencies, blood and storage disorders, which have already treated >115 patients and have led through collaboration with industrial partners to the filing and approval of novel advanced gene therapy medicines.

Fondazione Telethon
Fondazione Telethon is a non-profit organisation created in 1990 as a response to the appeals of a patient association group of stakeholders, who saw scientific research as the only real opportunity to effectively fight genetic diseases. Thanks to the funds raised through the television marathon, along with other initiatives and a network of partners and volunteers, Telethon finances the best scientific research on rare genetic diseases, evaluated and selected by independent internationally renowned experts, with the ultimate objective of making the treatments developed available to everyone who needs them. Throughout its 30 years of activity, Fondazione Telethon has invested more than € 528 million in funding more than 2.630 projects to study more than 570 diseases, involving over 1.600 scientists. Fondazione Telethon has made a significant contribution to the worldwide advancement of knowledge regarding rare genetic diseases and of academic research and drug development with a view to developing treatments. For more information, please visit: www.telethon.it