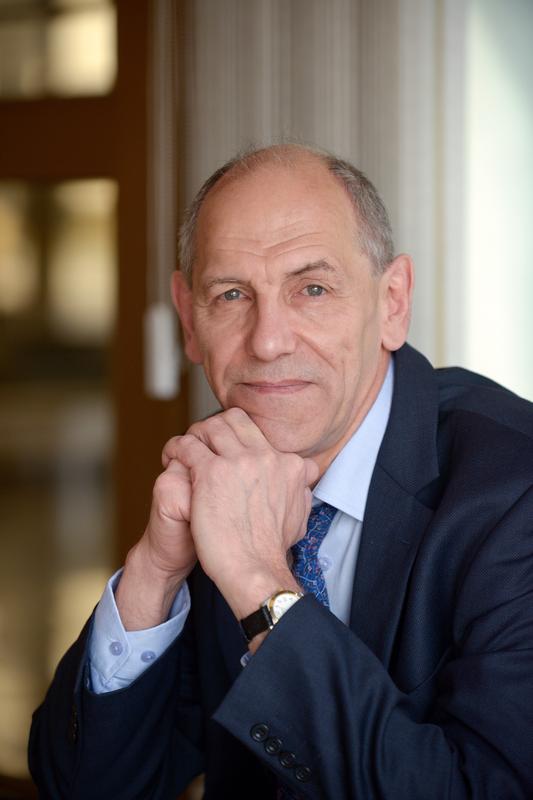 In recent years, research teams around the world have gained important insights into the origin of the universe. They often relied on the work of Valery Rubakov. The Russian physicist will receive this year’s Hamburg Prize for Theoretical Physics, endowed with 137,036 euros. Rubakov is chief researcher at the Institute for Nuclear Research of the Russian Academy of Sciences in Moscow and Professor at M.V. Lomonosov Moscow State University.

The Hamburg Prize for Theoretical Physics is one of the highest endowed awards for physics in Germany. The prize money is an allusion to Sommerfeld's fine structure constant, which plays an important role in theoretical physics. Rubakov is one of the most recognized Russian theoretical physicists. He covers a broad field of research and is considered an expert in quantum field theory, elementary particle physics as well as cosmology.

” With Valery Rubakov, this year we are honoring a researcher who has given far-reaching impulses in many areas of theoretical physics and who has shaped our view of the universe significantly. He has made important contributions to our understanding of the period shortly after the Big Bang and the subsequent development of our cosmos. Rubakov’s work helps us to grasp the origin of matter and disappearance of antimatter and thus to answer the question why planets and therefore our existence on earth were able to develop at all,” says Dr. Henneke Lütgerath, chairman of the Joachim Herz Foundation.

As of autumn, 2020, Valery Rubakov will spend several research visits in Hamburg. Like each of his predecessors, he will use these stays to collaborate with scientists in Hamburg ‘s distinguished research institutions. “We are pleased that with Valery Rubakov a scientist was honored who initiated profound theoretical questions that still drive research activities in theoretical physics. His visionary approach is relevant for the basic scientific research of Hamburg’s particle physicists. Due to his well-founded research, Rubakov has a great and far-reaching influence also on neighboring disciplines and therefore is a fascinating prize winner not only for us as theorists, but also for mathematicians and experimental physicists,” says Professor Volker Schomerus, chairman of the award jury and spokesperson of the Wolfgang Pauli Center. Founded in 2013, the center bundles the research activities of theoretical physics in Hamburg.

The question of what we and the world around us are made of has always driven humankind. Our matter is built up of atoms, which again consist of protons, neutrons, and electrons. In the classical standard model of particle physics which describes all known elementary particles and their fundamental forces with the strong and weak interaction and electromagnetism, the proton is considered as stable. Valery Rubakov challenged this assumption and developed the theory of catalysis of proton decay by magnetic monopoles, the so-called Callan-Rubakov effect. This effect suggests that a magnetic monopole would cause a decay of protons, the basic building blocks of our matter, leaving an observable footprint in the form of lighter particles such as positrons, photons, and neutrinos. Magnetic monopoles must have been created shortly after the Big Bang and theoretically still occur sporadically today.

Rubakov also gave important impulse to the search for a universal theory combining the standard model and the general theory of relativity. The standard model fails when it comes to explaining gravity, which is described by Albert Einstein's general theory of relativity. To bring together both theories, further spatial dimensions are necessary. Rubakov presented a theoretical model with such additional dimensions at about the same time as the string theorists in the early 1980s. According to him, space and time in our universe could be represented like the two directions of a flat sheet of paper or a membrane. Rubakov assumed that we live in a four-dimensional space-time that is part of a higher-dimensional universe that could be represented as several layers of paper, the so-called "branes".

Rubakov also provided important explanatory models for the origin of matter in the universe and disappearance of antimatter. Antimatter is a kind of mirror image of our matter. For every particle there is an antiparticle with opposite charge. When particles and antiparticles meet, they extinguish each other by emitting a flash of energy. Since our universe consists of matter, an asymmetric process must have caused an imbalance between matter and antimatter shortly after the Big Bang in the early phase of our universe. The violation of the baryon number in the standard model, which Rubakov published as early as the mid-1980s, provides an important theoretical explanation for the origin of this imbalance and is still one of the most challenging questions and a field of active research today. Today, numerous experiments in particle accelerators aim to study the properties of antimatter and thus to find indications for the origin of our universe and its expansion, which continues until today.