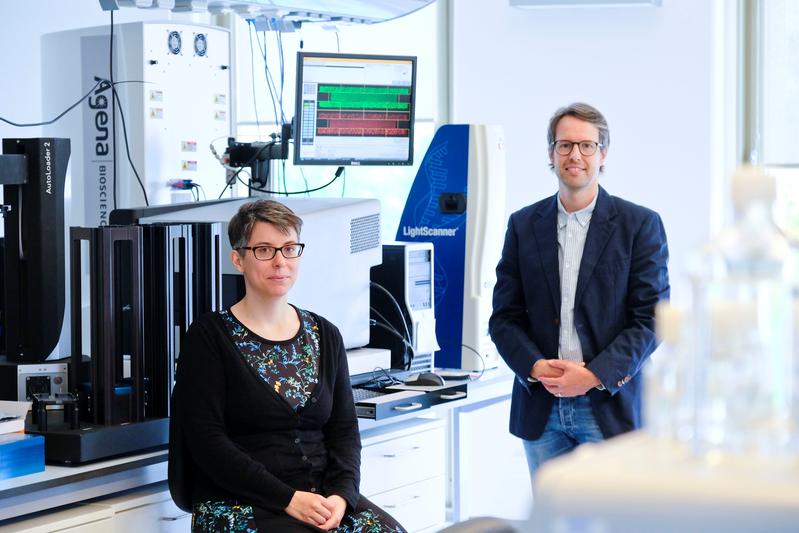 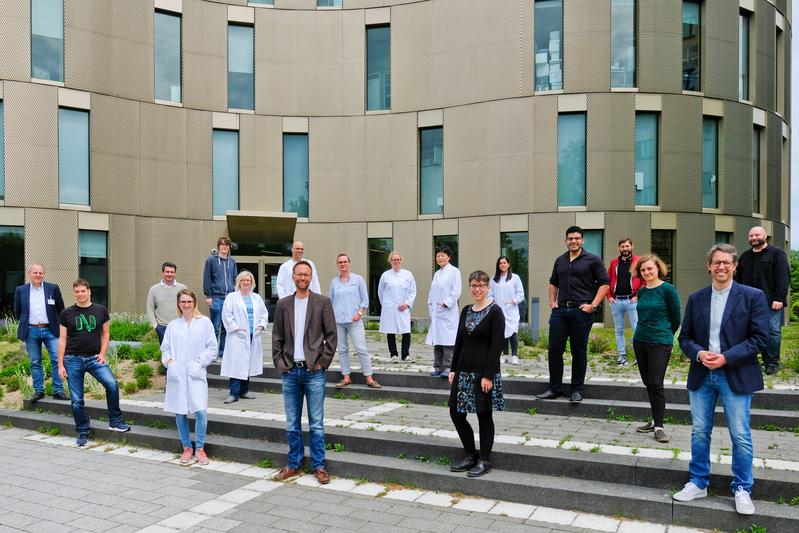 In the first large-scale genome-wide study of the course of Covid-19, a research team from Kiel finds gene variants that might influence the severity of the disease - one of them concerns the gene for the blood group property. People with blood group A have a higher risk of getting seriously ill than people with other blood groups. Blood group 0, on the other hand, seems to protect against a serious course. The publication was featured in the New England Journal of Medicine.

Why do some people become severely ill with Covid-19 while others show hardly any symptoms? One answer might lie in their different blood groups. Scientists at the University Medical Center Schleswig-Holstein (UKSH) and the Kiel University (CAU), in cooperation with a research group from Norway, have found gene variants in the world's first large-scale genome-wide study that significantly influence the course of the disease - one of them concerns the gene for the blood group trait. Prof. Dr. Andre Franke, Director of the Institute of Clinical Molecular Biology (IKMB) and member of the steering committee of the cluster of excellence "Precision Medicine in Chronic Inflammation" (PMI), as well as the first authors Prof. Dr. David Ellinghaus and Frauke Degenhardt, both of whom are also active in the IKMB, are in charge of this sensational project. The publication was featured in the New England Journal of Medicine.

The study had shown that people with blood group A have an approximately 50 percent higher risk of severe Covid-19 progression than people with other blood groups. In contrast, people with type 0 blood groups were almost 50 percent better protected against serious covid-19 disease. The study thus confirmed - for the first time by means of a comprehensive genome-wide analysis - two earlier studies by international researchers who had already described a possible correlation between blood group characteristics and the disease using the blood serum of Covid-19 patients. An analysis by the American company 23andMe validated the results of the Kiel researchers in an independent patient cohort.

For the study group led by the molecular biologist Prof. Franke and the Norwegian internist Prof. Dr. Tom Karlsen, doctors from several hospitals of the corona epicenters in Northern Italy and Spain, sent blood samples of their Covid-19 patients to Kiel - a total of 1,980 intensive care patients who had to be treated with oxygen or connected to a ventilator. For the control group, 2,205 randomly selected women and men from the population of these countries were obtained. Within only three weeks, DNA was isolated from the blood samples at the Institute of Clinical Molecular Biology in Kiel and 8.5 million positions of the genetic material from each individual were measured with so-called biochips (SNP arrays). " Using this large amount of data, we have identified truly interesting regions in the genome that increase or decrease the risk of severe Covid-19 progression," said Prof. Ellinghaus, who carried out the bioinformatics and statistical analyses. " In simple terms, we were able to show where the music is playing on a very large map." In total, the study took less than two months. "This speed was only possible because everyone in the Kiel team worked hard on the project every single day of the week - we wanted to give something back for the trust that the clinical partners and patients in Spain and Italy have placed in us," said biostatistician Frauke Degenhardt.

In addition to the significant abnormality in the AB0 blood group locus, the gene locus by which the individual blood group is determined, the researchers found an even higher effect strength for a genetic variation on chromosome 3. Which of the several candidate genes located in this locus is responsible for this cannot be determined precisely at present, but the analysis was able to show that carriers of the gene are at a twofold higher risk of contracting severe Covid-19 than people who do not carry this variation. Among the Italian and Spanish patients who were so ill that they not only had to be supplied with oxygen but also connected to a ventilator, a particularly high number carried this genetic disposition. A result that was also evident in the distribution of blood groups: Among the particularly seriously ill, there were also a particularly large number of people with blood group A.

“The results were very exciting and surprising for us," says Prof. Franke. The region on chromosome 3 in particular had not previously been associated with Covid-19 by scientists. In other regions of the genome for which an effect on the disease had been suspected, no statistically significant differences were found between the healthy volunteers and the patients; neither in the chromosome section 6p21, which is associated with the immune system and many infectious diseases, nor in the gene IFITM3, which is associated with influenza.

"With chromosome 3 and the AB0 blood group locus we describe real causes for a severe course of Covid-19," says Prof. Franke. "Our results therefore create an excellent basis for the development of active substances that can target the candidate genes found. It has been proven that a clinical study in which a drug is tested has twice as much success if genetic evidence for the target is already available. The results could also contribute to an improved risk assessment for a severe course of Covid-19 in patients.

The original publication is entitled "Genome-wide association study of severe Covid-19 with respiratory failure". The study was supported by the German Federal Ministry of Education and Research and the UKSH Foundation.