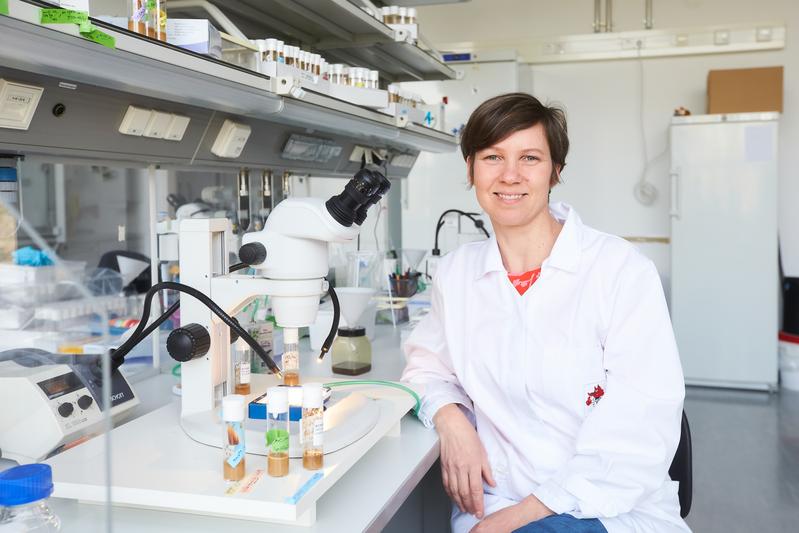 The German Research Foundation (DFG) is supporting Dr. Anne-Kathrin Classen with approximately 500,000 euros over five years, thereby honoring her research on the biological mechanisms that control the formation and healing of specialized tissues - so-called epithelia. As for example the skin, these tissues cover the surface of organisms. She was accepted into the Heisenberg program for this purpose. The DFG fellowship, named after Nobel Prize winner Werner Heisenberg in Physics, is awarded to researchers who fulfill all the requirements for appointment to a long-term professorship.

Classen has been doing research at the University of Freiburg since 2016 and is a member of the CIBSS and BIOSS clusters of excellence. She will take up the fellowship within the framework of the CIBSS - Centre for Integrative Biological Signalling Studies where she will investigate the collective behavior of cells in epithelia. “Wound healing and regeneration of such epithelia maintain their essential function as a protective barrier of the organism to the outside world,” explained Classen. She is investigating how cells in fruit flies use molecular signals to communicate with each other in order to repair tissue injuries. The researcher is particularly interested in the regulation of the cell cycle in this coordinated cell response and the role of metabolism. Classen is also interested in how cancer is fought in epithelial tissues. Cells in epithelia often divide, thereby fostering the frequent development of mutations in the genome and hence of cancer cells. It is not only the immune system that makes sure that these cells are discovered and destroyed: Epithelial cells can also recognize mutated neighboring cells and actively exclude them from the tissue. The question of how epithelial cells detect mutated neighboring cells is also part of Classen's research project.

After completing her doctoral thesis at the Max Planck Institute of Molecular Cell Biology and Genetics in Dresden, she continued her research at the University of California in Berkley in the US and then founded her own research group in the DFG's Emmy Noether Programme at the Ludwig-Maximilians-Universität in Munich and the University of Freiburg.

For more information about the CIBSS cluster of excellence:
https://www.cibss.uni-freiburg.de/about/home/