Researchers create a photographic film of a molecular switch 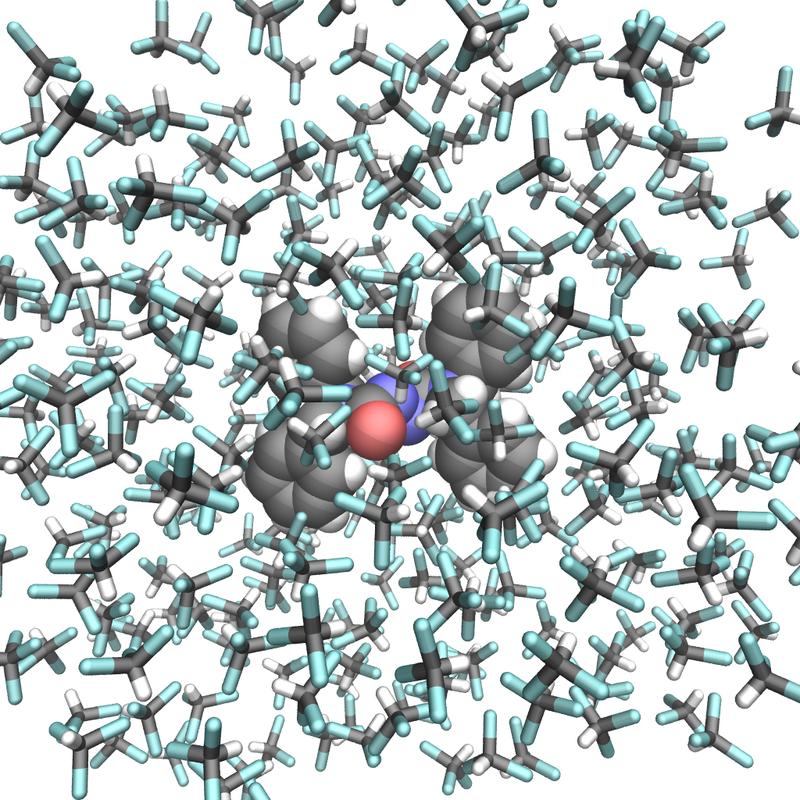 Molecular switches are the molecular counterparts of electrical switches and play an important role in many processes in nature. Nanotechnologist now produced a photographic film at the atomic level and thus tracked the motion of a molecular building block. The result was a light-controlled "pedalo-type motion", going forward and backward. The study has been published in the "The Journal of Physical Chemistry Letters".

Molecular switches – they are the molecular counterparts of electrical switches and play an important role in many processes in nature. Such molecules can reversibly interconvert between two or more states and thereby control molecular processes. In living organisms, for example, they play a role in muscle contraction but also our visual perception is based on the dynamics of a molecular switch in the eye. Scientists are working intensively to develop novel molecular components that enable switching between different states, so that molecular processes can be specifically controlled.

A European research team led by nanotechnologist Dr. Saeed Amirjalayer from the University of Münster now gained a deeper insight into the processes of a molecular switch: Using molecular dynamics simulations, the scientists produced a photographic film at the atomic level and thus tracked the motion of a molecular building block. The result was a light-controlled "pedalo-type motion", going forward and backward. Although it had already been predicted in this context in earlier work, it could not be directly proven so far.

In the future, the results may help to control the properties of materials with the help of molecular switches – for example, in order to release drugs specifically from nano-capsules. "For efficient embedding in novel responsive materials, detailed elucidation of the switching process and thus the way they function at the molecular and atomic level is crucial," emphasizes Dr. Saeed Amirjalayer, group leader at the Institute of Physics at Münster University and the Center for Nanotechnology (CeNTech). The study has been published in the "The Journal of Physical Chemistry Letters".

Molecular dynamics simulations enable, by calculating the interactions between atoms and molecules, to describe their motion in the computer. In their current study, the scientists investigated an azodicarboxamide-based molecular switch in this way, using a so-called combined quantum mechanical/molecular mechanical method in the simulations. "Previous experimental and theoretical studies provided only an indirect insight into the operation mechanism of such a switch in solution. With the help of our theoretical approach, we could now follow the light-induced dynamics while taking the molecular environment into account," explains Saeed Amirjalayer.

The pedalo-type motion of the switch, triggered by light, moves backward and forward – like a bicycle pedal. Detailed understanding of the operation mechanism of a photo-responsive switch forms an important basis for the application of these molecular building blocks in novel "intelligent" functional materials.

In addition to the University of Münster, the Universities of Bologna (Italy) and Amsterdam (Netherlands) were involved in the study. "Despite the current circumstances in the wake of the Corona crisis, the cross-border exchange with colleagues from Europe could take place – virtually, but still very intensively. Together we achieved interesting and valuable results," says Saeed Amirjalayer summing up the cooperation.

This work was supported by German Research Foundation (DFG) and The Netherlands Organization for Scientific Research (NWO).