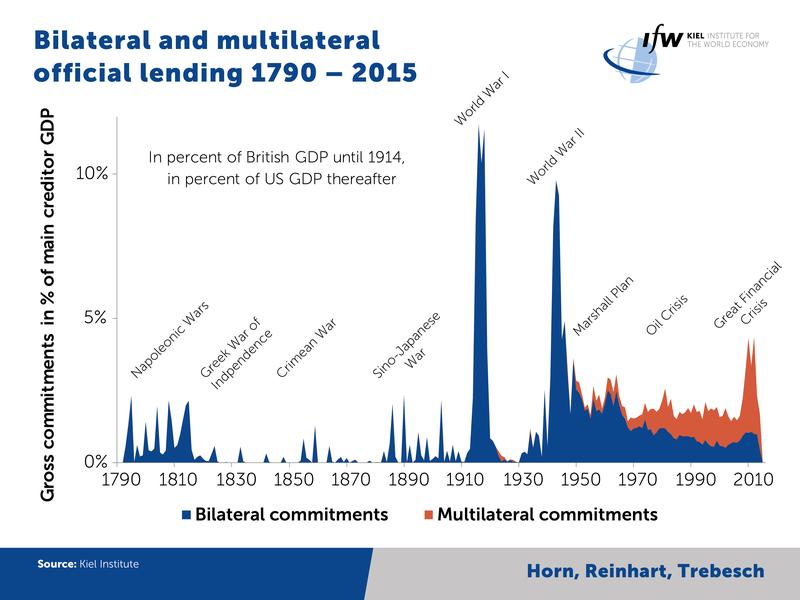 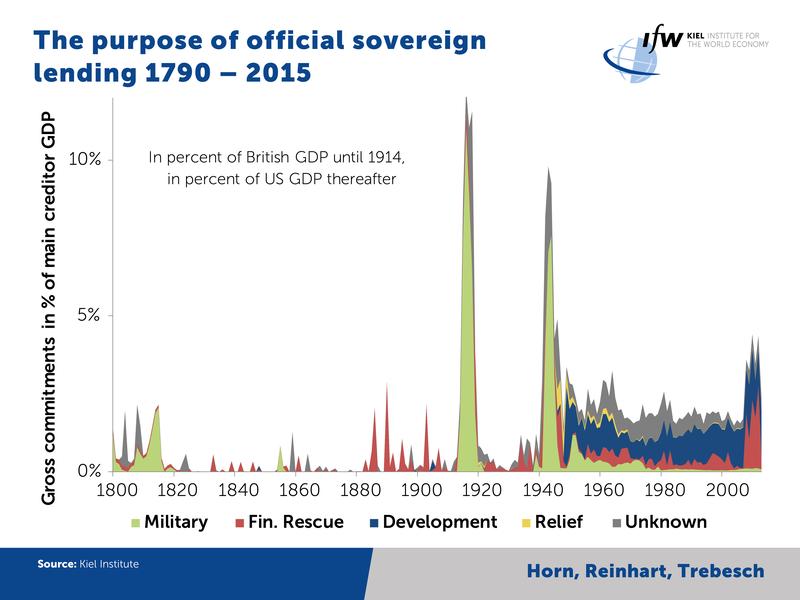 Global inter-state lending to tackle the corona crisis could reach record levels, exceeding the huge international financial assistance after 2008. The planned 750 billion euro Corona Reconstruction Fund of the European Union is historically common practice, especially between closely interconnected states. This emerges from an empirical analysis by the two IfW researchers Christoph Trebesch and Sebastian Horn with the new World Bank Chief Economist Carmen Reinhart, in which they evaluated financial flows between states from 1790 to the present.

"When international private capital markets freeze, states or public creditors such as the International Monetary Fund (IMF) have very often stepped in. We are seeing this again now with the Corona crisis, where more than 100 countries have already asked the IMF for help. We are facing a new sharp increase in international rescue loans," said Kiel Institute researcher Christoph Trebesch, who heads the International Finance Research Center.

According to the analysis, states borrow very large sums of money from each other, especially in times of crisis, and the sums often exceed the amounts transferred in international private markets. Especially aid in times of war and global financial crises is enormous. "Neither the planned EU aid package of 750 billion euros to tackle the Corona crisis nor the Greek loans are unusual in historical comparison," said Trebesch.

Trebesch: "The global rescue sums in the Corona crisis could break records and exceed the intergovernmental financial aid during the euro crisis. The emergency aid provided by the IMF and the World Bank is already skyrocketing, and the currency exchange transactions of the US Federal Reserve FED to provide dollar liquidity, so-called swap lines, are already at a level of 400 billion US dollars. But it is still unclear how many loans will actually flow in the end. We probably won't be able to match the enormous international transfers during the world wars, because these would today be equivalent to 2,000 billion dollars per year.

The study shows an empirical regularity: The more economically integrated two countries are, the more likely are mutual rescue loans in times of crisis. This is not only the case today, but can also be observed in the 19th century. "In a globalized world, financial cooperation between states is not surprising," says Trebesch, "rescue loans can have advantages for both sides. In a crisis country, the situation is stabilized, but this also helps the economy of the creditor country, especially the exporters and banks active abroad."

Since the second half of the 20th century, capital flows between states have systematically increased. The main reason for this is the institutionalization of inter-governmental lending transactions by the IMF, the World Bank and also many regional development banks and rescue facilities, such as the European Stability Fund. China has also become a very large state lender. According to an analysis by the Kiel Institute, the rest of the world owed China more than 5 trillion US dollars in 2017. While loans for military and war financing declined in importance, official lending is increasingly granted for aid programs in financial crises and to promote development.

Mr. Trebesch criticizes that lending between states is largely non-transparent. "Up to now there has been hardly any reliable data available, apparently governments often have limited interest in disclosing to whom they lend money and what is repaid, even though these loans are tax-financed," he says.