The genome of domesticated animals: what makes camels so special 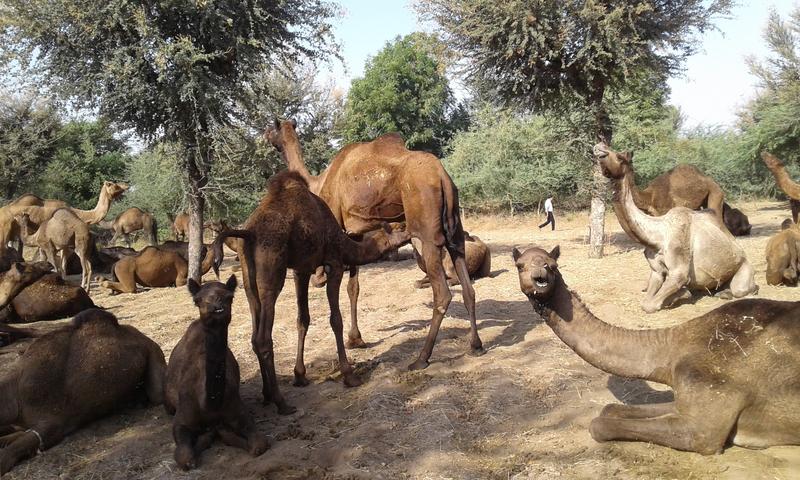 The domestication of camels must have proceeded in a unique way. Like other domesticated animals, Old World camels were bred using selection criteria for tameness. Unlike most domesticates, however, they lack secondary bottlenecks usually associated with breed development. An international research team led by Vetmeduni Vienna (Research Institute of Wildlife Ecology) has found evidence to support this observation at the genetic level.

Domestication begins with the selection of animals that exhibit less fear of humans. In most domesticated animals, selection characteristics for tameness were superimposed by intensive breeding for economic or other desirable traits. This is not the case with the Bactrian camel and the dromedary. These so-called Old World camels have maintained high genetic variation because camel breeders aim to retain a high degree of phenotypic diversity in their herds and so far generally avoided selection at the level of individual animals, with the exception of traits for tameness and tolerance of humans. Without the secondary bottlenecks associated with specific breed formation, camels thus represent an initial stage in the domestication process.

Discovery of the genetic equivalent of domestication

An international research team headed by Vetmeduni Vienna examined in more detail what the domestication of camels looks like on a genetic level. The researchers sequenced multiple genomes from dromedaries, Bactrians and their endangered wild relatives. The findings show that positive selection for certain genes coding for traits known collectively as “domestication syndrome”, neoteny (the retention of juvenile features), intellectual disability and neuropathies are associated with deficits in neural crest cells and changes in the thyroid hormone signalling pathway.

Study director Pamela Anna Burger from the Research Institute of Wildlife Ecology at Vetmeduni Vienna: “Comparing our results with other domestic species, we postulate that the core set of domestication genes is considerably smaller than the pan-domestication set – and overlapping genes are likely a result of chance and redundancy.” According to the researchers, these results, along with the extensive genomic resources provided, are an important contribution to understanding the evolutionary history of camels and the genomic features of their domestication.

A shared set of domestication genes between camels does not exist

The genomic scans in two domesticated camel species identified genes whose functions were consistent with many features of domestication syndrome. “Specifically, we found evidence of selection in genes that were associated with domestication-related deficits in neural crest cells (neural crest cell hypothesis or NCCH) and with changes in the thyroid hormone signalling pathway (thyroid hormone hypothesis or THH). These genes have also been shown to be under selection during the domestication of other species such as chickens, yaks, dogs, foxes and rabbits,” says Burger.

According to the researchers, the results prompted two important conclusions: first, that NCCH and THH need not be mutually exclusive – the pathways are not completely independent and their relative contributions can vary across domestication events; and second, that a shared set of domestication genes between camels does not exist, even across independent domestication processes of two evolutionary close species.

An important contribution to saving wild camels from extinction

Wild camels are one of the most critically endangered mammal species and are at substantial risk of extinction due to their continued population decline. The present study contributes a large set of genomic resources for Old World camels. According to the researchers, these resources will support the application of breeding and selection schemes to conserve the genomic diversity of camels. These efforts, in turn, will preserve the evolutionary potential of the wild species and help maintain domestic camels as valuable livestock in arid environments.