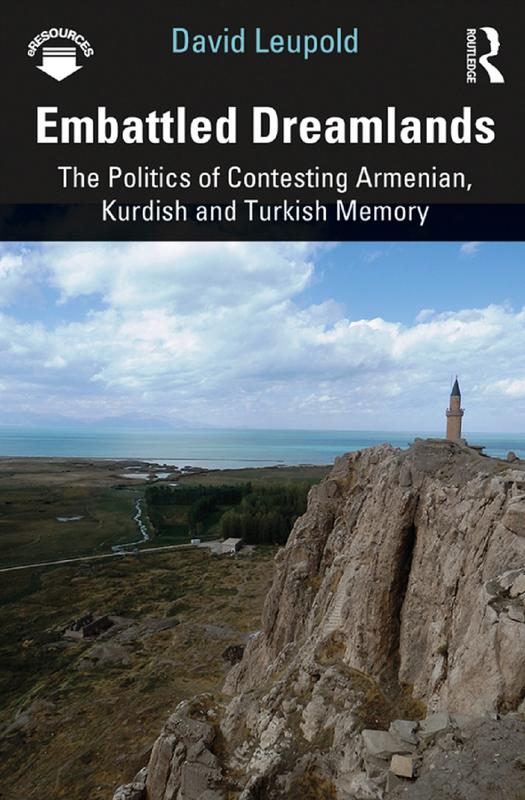 In the region surrounding the Lake Van in Southeastern Turkey, where the collective experiences of violence that lie in the past (the genocide of Armenians in 1915), bleed into the present (the persisting Kurdish conflict). In his work, David Leupold sheds light on the multi-layered memory landscape of this post-Ottoman, post-Soviet space of transition. Here he goes beyond the study of complex changing relationships between competing national discourses, produced by Armenian, Kurdish and Turkish memory regimes. Based on his extensive field work, he furthermore studies the narratives of non-state memory collectives, which constitute the Lake Van region as a memory landscape in present-day Turkey and Armenia.

His work examines the interactions of four fields of institutionalised and constructed collective memory by the state: the narrating, silencing, mapping, and performing of the past. In contrast to this, the local spaces of memory of the Lake Van region are conceptualised as ‘mnemonic frontiers‘– spaces of multicollective practices of memory, that encounter state-sanctioned politics through the creation of counter-narratives on different levels, i.e. the cosmopolitan narrative of the Bajarî-Kurds in Bitlis, the narrative of resistance of the Behdinanî-Kurds from Hakkari, and cross-border narratives of Kurdophone Yazidis and Armenians in Armenia.

At the forefront of his work is not merely displaying the separation between discourses of the population of either side of the closed Armenian-Turkish border, but instead to show how both societies are connected through mutual patterns of remembrance. These encompass histories of multi-ethnic coexistence, daily experiences of multilingualism, interreligious family ties, and experiences of collective resistance against the deportations of 1915. Here Leupold’s book not only creates a line of continuity between the Armenian genocide and the present-day Kurdish conflict, but also contributes a new, interdisciplinary perspective to a sustainable process of reconciliation between Armenians, Turks, and Kurds.

David Leupold is a research fellow in the research group “Representations of the Past“ at Leibniz-Zentrum Moderner Orient (ZMO) in Berlin. Since 2010, he dedicates his research explicitly to questions surrounding spacial perception, historical narratives, and collective violence. His longstanding experiences in the region and pronounced language skills in Armenian, Kurmanji Kurdish, and Turkish, allow the author unique access to a highly sensitive thematic field. Based on his research at the Humboldt University Berlin and the University of Michigan, a book in close cooperation with the renowned historian Ronald G. Suny resulted, that is distinguished due to its multitude of perspectives, impartiality, and empathy.

Interviews regarding his research and general background information about the Armenian or Kurdish questions can be arranged with David Leupold in German, Armenian, English, Russian, or Turkish.