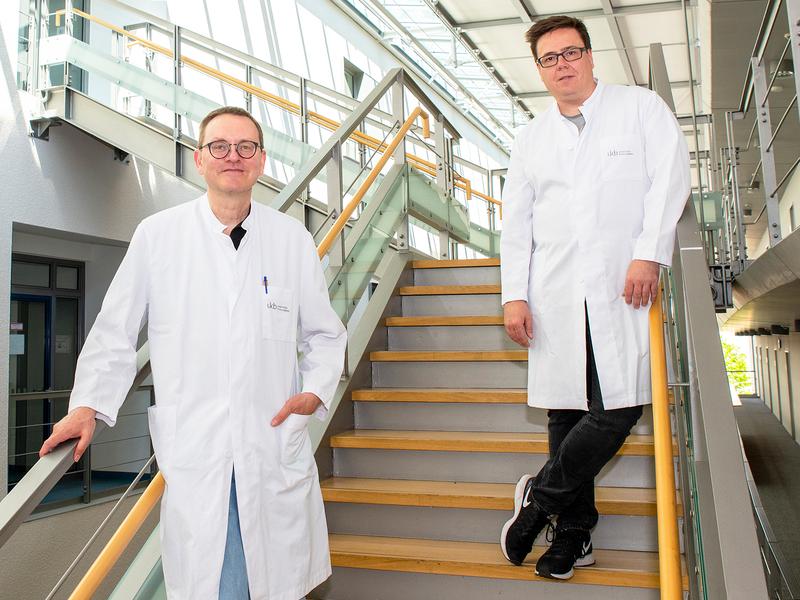 Increasing abdominal girth and shrinking muscles are two common side effects of aging. Researchers at the University of Bonn have discovered a receptor in mice that regulates both effects. Experiments with human cell cultures suggest that the corresponding signaling pathways might also exist in humans. The study, which also involved researchers from Spain, Finland, Belgium, Denmark and the USA, has now been published in the renowned journal "Cell Metabolism".

On their surface, cells carry numerous different "antennas", called receptors, which can receive specific signal molecules. These then trigger a specific reaction in the cell. One of these antennas is the A2B receptor. The surfaces of some cells are virtually teeming with it, for example in the so-called brown adipose tissue. Brown adipose tissue, unlike its white-colored counterpart, is not used to store fat. Instead, it burns fat and thereby generates heat.

"In our publication we took a closer look at the A2B receptors in brown adipose tissue," explains Prof. Dr. Alexander Pfeifer from the Institute of Pharmacology and Toxicology at the University Hospital Bonn. "In the course of this we discovered an interesting association: The more A2B a mouse produces, the more heat it generates." Which means the A2B antennas somehow seem to increase the activity of the brown fat cells. But a second observation was even more exciting: Despite their increased fat burning, the animals weigh hardly less than mice with fewer receptors. "They are slimmer, but at the same time have more muscles," explains Pfeifer.

In fact, the researchers were able to show that the muscle cells of mice also carry the A2B receptor. When this is stimulated by a small molecule agonist, muscle growth in the rodents is increased. "The receptor regulates both fat burning and muscle development," emphasizes Pfeifer's colleague Dr. Thorsten Gnad, the lead author of the study.

As they age, mice increasingly lose muscle mass - similar to humans. And just like us, they also tend to gain a lot of fat around the hips over the years. However, if they receive the agonist that activates the A2B receptor, these aging effects are inhibited: Their oxygen consumption (an indicator of energy dissiption) increases by almost half; moreover, after four weeks of treatment they have as much muscle mass as a young animal. "A2B activation can therefore reverse both aging effects to a certain extent," explains Gnad.

In order to see whether the results were also meaningful for humans, the researchers examined human cell cultures and tissue samples. They found that in people with a large number of A2B receptors, the brown adipose tissue works at a higher rate. At the same time, their muscle cells consume more energy, which may indicate that they are also more active and may be more likely to be regenerated.

"Obesity is a growing problem worldwide," emphasizes Prof. Pfeifer. "Every extra pound not only increases the risk of developing diabetes, but also the risk of high blood pressure, vascular damage and therefore heart attacks and strokes. These problems are further exacerbated by muscles that shrink over the years, as they further reduce the body's energy requirements both at rest and in motion." In addition, poor muscle strength has an immense impact on the everyday life of older people, as they are increasingly restricted in their mobility.

The pharmacologists explain that the prospect of having a receptor on hand that might be able to slow down both of these age-related phenomena is therefore highly exciting. However, further research would first have to show to what extent the human mechanisms actually resemble those in mice. Additionally, there is currently no activator of A2B approved for use in humans. This means that little is known about any side effects of such a treatment. "We found no signs of adverse reactions in mice," says Pfeifer. "However, the meaningfulness of the results is, of course, also limited on this matter."

Gnad emphasizes that the success of the study is also the result of good cooperation with numerous international partners: "Nowadays, it is almost impossible to work on complex issues comprehensively without such cooperation."