Graduation of scholars of oceanography on Helgoland 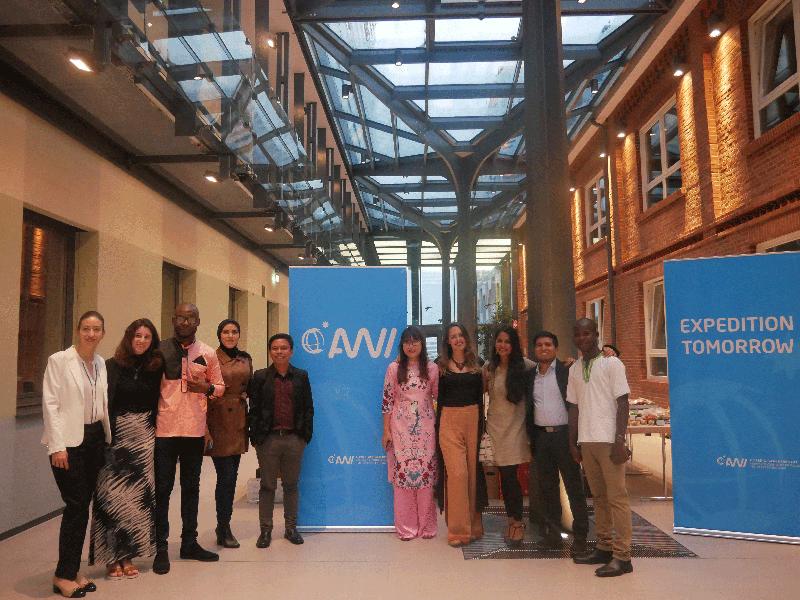 Successful but unusual project completion in times of Corona

Ten scholars from just as many countries officially end the seventh year of the Nippon Foundation POGO Centre of Excellence at the Alfred Wegener Institute Helmholtz Centre for Polar and Marine Research (AWI) on Helgoland on 15 July. Thus, a total number of 70 scholars have successfully been trained and built up a trusting and sustainable network of future marine researchers in key positions.

At the beginning of July, the ten fellows from Argentina, Brazil, Cameroon, Ecuador, Egypt, India, Kenya, Peru, the Philippines and Vietnam presented the results of their studies of the past months. This time, due to COVID-19 regulations, more than fifty participants followed via livestream. Without any technical issues, the lectures and discussions were broadcasted to Japan, Argentina, UK, Portugal, Brazil, Canada, India and many other countries. Supervisors and teachers connected from their offices, laboratories or from home. The scholars received their certificates after the presentations.

"Running an international programme to support young scientists is an exciting adventure for all involved every year, but this year it became a special challenge due to the Corona pandemic,” said Dr Eva-Maria Brodte, scientific coordinator of the NF-POGO Centre of Excellence. From March on the course programme was changed to video courses and lectures and during the following months, the scholars were restricted to the island of Helgoland, which did not affect their international studies and strengthened their community. The worries about family and friends in the home country remained. However, all those involved mastered these special challenges professionally and with great dedication.

Even now, the time of return to the home country is still uncertain for some. The scholars from Argentina, Ecuador, India, Vietnam, the Philippines and Kenya will stay on Helgoland now longer than planned. Thanks to the financial support of the Nippon Foundation and with the help of Partnership for Observation of the Global Ocean (POGO) and the AWI, they will be able to continue their studies in Germany until they can return home.

Printable images are available in the online version of this Press Release: https://www.awi.de/en/about-us/service/press.html