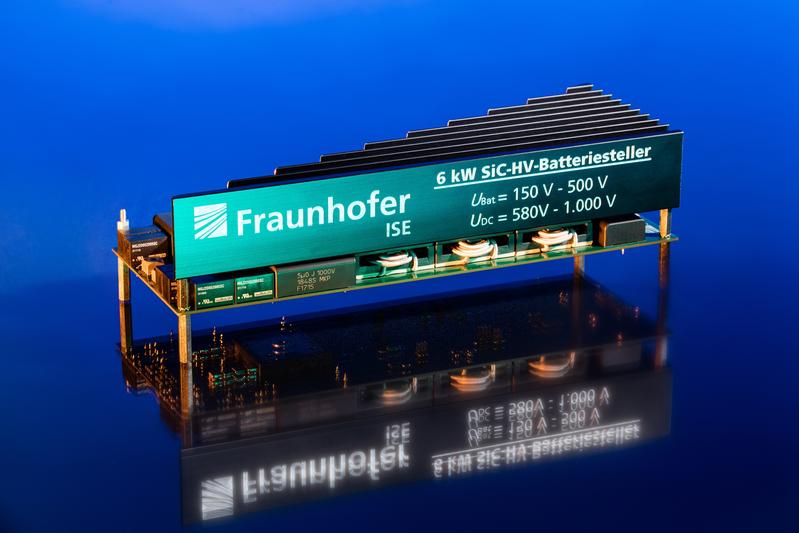 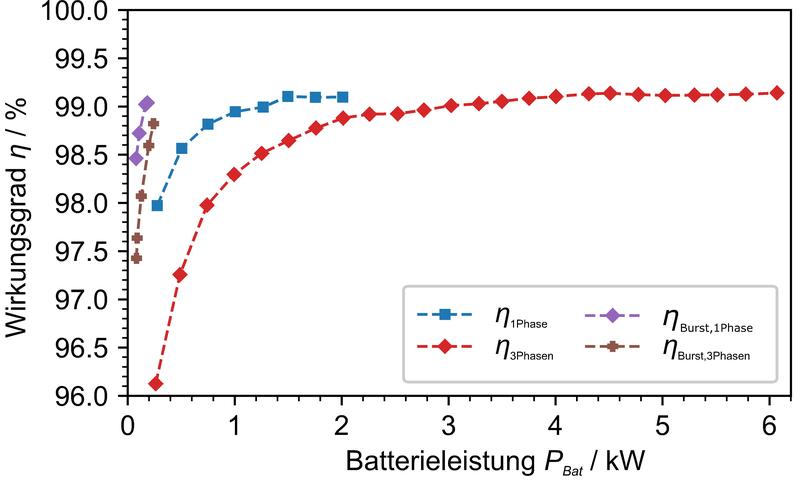 To meet the evolving needs of climate change and the German energy transition, as well as combat the rising energy costs for end consumers, more and more households are adding home storage systems to their PV systems. A major challenge of PV home storage is that the batteries are charged within a few hours in intense sunlight and then discharged at very low power, or partial load, over a long time period during the night. Because of this, battery inverters in home storage systems should have high conversion efficiency over the largest power range possible.

In the HyBaG project, which started in 2017, the Fraunhofer Institute for Solar Energy Systems ISE in collaboration with Kaco New Energy and STS - Spezial-Transformatoren Stockach has developed a low-loss hybrid inverter which functions efficiently even at partial load. With the new inverter, private households can save up to 250 euros annually.

Energy storage systems can make an important contribution to renewable energy storage, grid stability and reducing CO2 emissions. For this, the systems must be optimized in terms of efficiency, costs and use of resources on a continual basis. The HyBaG project partners have developed a demonstrator of a photovoltaic home storage system meeting the highest requirements. In this project, Fraunhofer ISE developed highly efficient compact battery chargers including the innovative and decisive control technology. A central component of Fraunhofer ISE’s work in the project was to develop compact and modular battery controllers. This could be achieved by using novel gallium nitride (GaN) and silicon carbide (SiC) power components. These modern transister bridge circuits are the core of modern battery chargers and enable increasingly faster switching with lower losses.

Optimization of the partial load efficiency

In the project, various approaches to optimize the partial load efficiency were examined by simulation. Prototypes were then constructed using the best resulting concepts. Both the hardware as well as the control software for the power electronics were optimized. Different circuitry topologies were investigated and their partial load efficiencies were evaluated at low power levels. Considering various parameters, an interleaved converter for the high-voltage battery controller was selected and constructed. This makes it possible to specifically adjust the power range to one-third, two-thirds or full nominal power by activating or deactivating individual converter bridges. For very low power levels, an additional operating mode (gap limit mode) with variable switching frequency and minimum possible losses and a pulsating mode (burst mode) with one phase in which the converter is active only 10 percent of the time. "This can significantly increase the partial load efficiency, as it reduces the control and no-load losses that strongly influence the efficiency in the partial load range," explains Cornelius Armbruster, project manager at Fraunhofer ISE. If not all phases are operated at the same time, it is recommended that the individual phases be operated alternately in order to achieve a uniform thermal load. The modulation method showing the best efficiency differs depending on the power range. Within the project, an operation management, whose efficiency was optimized for the different power ranges, was developed and implemented.

In series production, home storage systems based on silicon carbide components can be put on the market today at nearly no additional cost. At present, the optimization of efficiency during partial load operation is seldom carried out. A rough comparison of the available home storage systems on the market shows that considerable differences between the systems still exist. "A major factor behind these differences is the losses in the partial load range," explains Leonhard Probst, who is responsible for the optimization of the battery charger in the project. Very good home storage systems have fewer losses. Simulations performed in the HyBaG project estimated that annual electricity savings from 150 to 250 euros can be expected. The battery team at Fraunhofer ISE remains in close contact with manufacturers of battery storage systems with the aim of demonstrating the potential for optimization and accompany developments in this field of technology.

In partnership with Messe Düsseldorf and Energy Storage Europe pv magazine annually publishes the special "Energy Storage Highlights”, in which a jury of experts distinguishes top innovations in storage technologies. The battery team at Fraunhofer was one of the five “Gigawatt” winners selected this year: “This recognition confirms the significance of our research results. With our research, we hope to help industry better exploit the optimization potential of their systems.”

An important step in this direction is the efficiency guideline published by the German Federal Association of Energy Storage Systems (BVES), which defines uniform procedures for measuring and determining the energy efficiency of home storage systems. The establishment of transparent measurement conditions enables individual systems to be compared.

As specialists for battery storage, power electronics and control technology, Fraunhofer ISE offers its expertise in the measurement and optimization of home storage systems. In our accredited laboratories (certified according to DIN EN ISO/IEC 17025:2018) battery systems are measured according to efficiency guidelines.