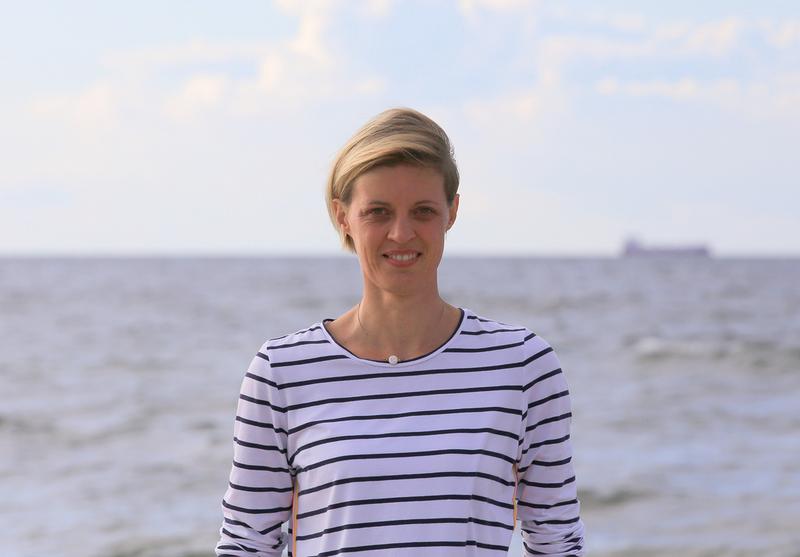 On August 01, 2020, Isabell Klawonn, Ph.D., who is specialised in microbial interactions and element fluxes in marine ecosystems, started working at the Leibniz Institute for Baltic Sea Research Warnemünde (IOW). She will establish a new research group at the institute to investigate the largely unknown role of marine fungi, aided by the prestigious Emmy Noether Programme for outstanding young researchers, which is funded by the German Research Foundation (DFG).

“We are delighted that Isabell Klawonn has chosen our institute as a host for her new research group,” says Prof. Ulrich Bathmann. “As a great talent, she enriches the scientific community at IOW and, with her highly interesting topic, she covers an important new niche in the Baltic Sea research”, says the IOW Director.

“Fungi are one of the most diverse organism groups on Earth. We know that they are widely distributed in the sea but we are still lacking crucial knowledge on their functional roles,” says Isabell Klawonn. “Therefore, the topic is still a blank area on the research map in many aspects,” says the scientist. Klawonn is particularly interested in parasitic fungi which infect phytoplankton cells, eventually leading to the demise of the phytoplankton cells. “In this vein, we assume that fungi exert strong pressure on the phytoplankton growth and the development of algal blooms. They may further lead to the release of nutrients from decaying algal cells before those algal cells sink towards the seabed,” Klawonn continues. To date, this impact on biogeochemical cycles and ecosystem functioning is poorly known and not yet quantified. “Fungi might be hidden key players in the plankton and therefore, they shall be implemented in future biogeochemical models,” the scientist concludes.

To take a closer look at the role of parasitic fungi, Isabell Klawonn and her junior research group will have access to new laboratory facilities at the IOW, and two doctoral and one post-doctoral position will be filled during the six-year funding period. The experimental approach of the team will include studies on both, laboratory-grown cultures and field-sampled plankton communities. During the field-sampling, the team will mainly focus on the mycoplankton in the Baltic Sea but they will also travel to other marine areas in which the IOW is conducting research, such as the Black Sea, the South China Sea and coastal waters off the Namibian coast. “In light of the potential importance of parasitic fungi, for instance, in controlling harmful algal blooms in coastal waters or marine productivity, our findings may also aid in future ecosystem management decisions.” summarises Isabell Klawonn.

Isabell Klawonn studied marine biology at the University of Rostock, with her graduation in 2010. After a short time as a research assistant at IOW, she joined Stockholm University in Sweden in 2011, studying cyanobacteria and ecosystem management in the Baltic Sea, and receiving her doctoral degree at the end of 2015. In 2016, Isabell Klawonn relocated as a postdoctoral researcher to the Leibniz Institute of Freshwater Ecology and Inland Fisheries (IGB) in Berlin. At IGB, she worked with marine snow, i.e. aggregates that sink from the sunlit surface ocean to the deep sea. During this time, she also, for the first time, came across the topic of aquatic fungi. In summer 2019, Isabell Klawonn joined Stanford University in the USA as a postdoctoral researcher, to elaborate on the interactions between phytoplankton, fungi and bacteria before she joined the IOW in 2020.

The DFG's Emmy Noether Programme offers outstanding young researchers the opportunity to qualify for a university professorship over six years. The programme is targeting researchers at an early stage of their scientific career, such as postdocs and temporary junior professors. The DFG programme is named after the German mathematician Emmy Noether, who made fundamental contributions to abstract algebra and theoretical physics. At the beginning of the 20th century, she was one of the first women in Germany to receive a doctorate and later, after considerable opposition, she was the first woman to habilitate as a professor in mathematics.

The IOW is a member of the Leibniz Association that connects 96 independent research institutions that range in focus from natural, engineering and environmental sciences to economics, spatial and social sciences and the humanities. The institutes are jointly financed at the state and national levels. The Leibniz Institutes employ a total of 20,000 people, of whom 10,000 are scientists. The total budget of the institutes is 1.9 billion Euros. www.leibniz-association.eu