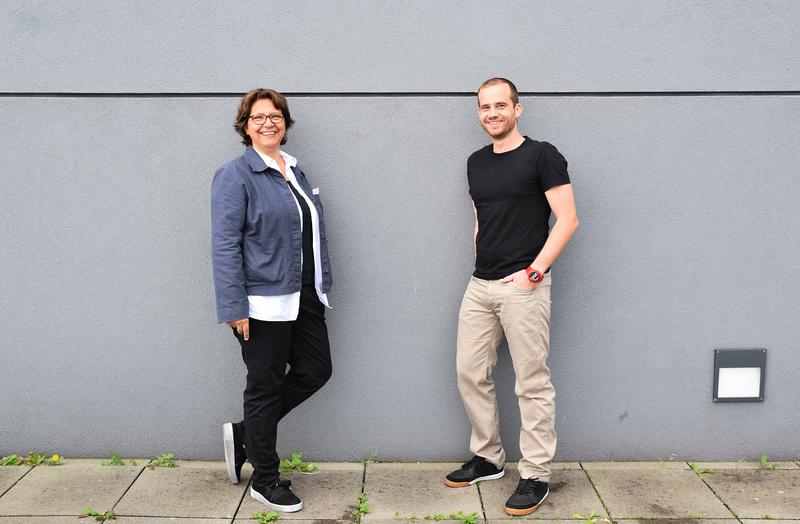 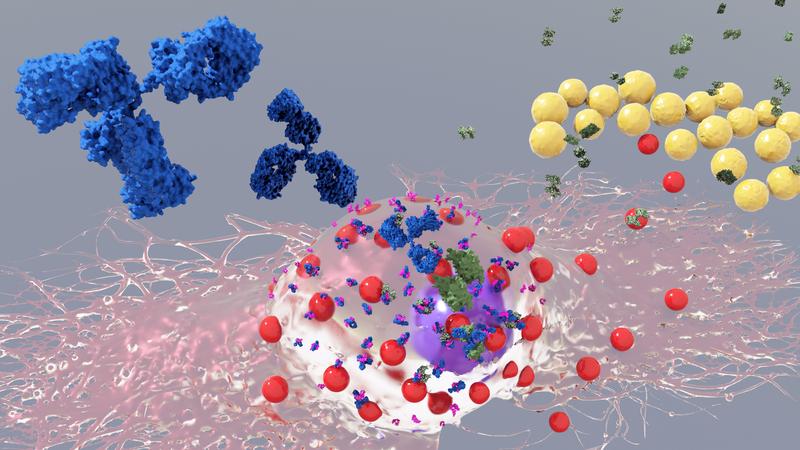 Researchers from CeMM Research Center of Molecular Medicine of the Austrian Academy of Sciences, the Medical University of Vienna and Stanford University School of Medicine, have found that a module of the immune system, which is best known for causing allergic reactions, plays a key role in acquiring host defense against infections triggered by the bacterium Staphylococcus aureus. This “allergy module”, constituted by mast cells and Immunoglobulin E, can grant protection and increased resistance against secondary bacterial infections in the body. These findings indicate a beneficial function for allergic immune responses and are now published in the renowned journal Immunity.

Allergy is one of the most common diseases in Europe, it is estimated that more than 150 million Europeans suffer from recurring allergies and by 2025 this could have increased to half of the entire European population.1 Allergic patients initially undergo a process of “sensitization”, meaning that their immune system develops a specific class of antibodies, so called Immunoglobulin E antibodies (IgE), which can recognize external proteins, referred to as allergens. IgEs bind and interact with cells that express a specific receptor called FcεR1. There are only a few cell types in the body that express the FcεR1 receptor and probably the most important ones are mast cells, a type of immune cell found in most tissues throughout the body.

When re-exposed to the allergen, mast cells (with IgE bound to their FcεR1 receptors) immediately react by rapidly releasing different mediators (e.g. histamine, proteases or cytokines) that cause the classic allergic symptoms. These symptoms depend on the tissue where the contact with the allergen happens and can range from sneezing/wheezing (respiratory tract) to diarrhea and abdominal pain (gastrointestinal tract) or itching (skin). Systemic exposure to allergens can activate a large number of mast cells from different organs at the same time, causing anaphylaxis, a serious and life-threatening allergic reaction.

Despite decades of research and detailed knowledge of the critical role of IgEs and mast cells in allergies, the physiological, beneficial function of this “allergy module” is still not completely understood. In 2006, Stephen J. Galli, senior co-author of this study, and his laboratory at Stanford University revealed the importance of mast cells for innate resistance against venoms of certain snakes and the honeybee (Science. 2006 Jul 28;313(5786):526-30. DOI: 10.1126/science.1128877). Subsequent work from the Galli laboratory showed the critical role of the “allergy module” in acquired host defense against high doses of venom (Immunity. 2013 Nov 14;39(5):963-75. doi: 10.1016/j.immuni.2013.10.005): this finding (to which Philipp Starkl, first author of the current study, contributed importantly) represented the first clear experimental evidence supporting the “Toxin Hypothesis” postulated by Margie Profet in 1991. This hypothesis proposed a beneficial function for allergic reactions against noxious substances (Q Rev Biol. 1991 Mar;66(1):23-62. doi: 10.1086/417049).

Following up on this discovery, Philipp Starkl, Senior Postdoctoral fellow at the Medical University of Vienna and CeMM, together with Sylvia Knapp, Professor at the Medical University of Vienna and CeMM PI, and Stephen J. Galli, Professor at Stanford University School of Medicine, and colleagues, set out to investigate whether this phenomenon could be relevant in defense against other toxin-producing organisms, in particular, pathogenic bacteria. The authors selected the bacterium Staphylococcus aureus as pathogen model due to its enormous clinical relevance and broad repertoire of toxins. This bacterium is a prototypic antibiotics-resistant pathogen and is also associated with the development of allergic immune responses in diseases such as asthma and atopic dermatitis. For their research, they used different experimental S. aureus infection models in combination with genetic approaches and in vitro mast cell models to reveal the functions of selected components of IgE effector mechanisms.

The scientists found that mice with a mild S. aureus skin infection develop an adaptive immune response and specific IgEs antibodies against bacterial components. This immune response grants these mice an increased resistance when they are confronted with a severe secondary lung or skin and soft tissue infection. However, mice that are lacking functional IgE effector mechanisms or mast cells are unable to build such protection. These findings indicate that the “allergic” immune response against bacteria is not pathological, but instead protective. Hence, defense against toxin-producing pathogenic bacteria might be an important biological function of the “allergy module”.

This study is an important collaboration initiated by Philipp Starkl at the laboratory of Stephen J. Galli at Stanford University together with other colleagues and then continued at the laboratory of Sylvia Knapp at CeMM and the Medical University of Vienna. This exciting discovery not only advances the general understanding of the immune system and most notably allergic immune responses, but it could also explain why the body has maintained the “allergy module” throughout evolution. Despite their dangerous contributions to allergic diseases, IgEs and mast cells can exert beneficial functions that the immune system can capitalize on to protect the body against venoms and infections with toxin-producing bacteria, such as S. aureus.

The study “IgE Effector Mechanisms, in Concert with Mast Cells, Contribute to Acquired Host Defense against Staphylococcus aureus” was published in Immunity on 9 September 2020. DOI: 10.1016/j.immuni.2020.08.002

Sylvia Knapp, MD, PhD, is Professor of Infection Biology at the Medical University of Vienna. Sylvia studied Medicine in Vienna and Berlin, is a board-certified internist and obtained her PhD at the University of Amsterdam. In 2006, she joined CeMM as a Principal Investigator and until recently, she continued her clinical duties while also running her own lab. Sylvia’s research focuses on the innate immune response to bacterial infections in general, focusing specifically on the comprehensive repertoire of macrophage functions in health, development and disease. Her group discovered the molecular mechanisms linking hemolysis and susceptibility to infections. Her latest research is directed towards the interplay of immune cells regulating lung tissue homeostasis in health and disease. Sylvia is highly committed to bridging academic medicine and basic science. She is a member of the Academia.Net circle of excellent female scientists and was elected corresponding member of the Austrian Academy of Sciences in 2014. In 2018, Sylvia was appointed to the University Board of the Medical University of Graz and elected vice president of the Ludwig Boltzmann Society.

The Medical University of Vienna (MedUni Vienna) is one of the most traditional medical education and research facilities in Europe. With almost 8,000 students, it is currently the largest medical training centre in German-speaking countries. With 5,500 employees, 26 departments and two clinical institutes, 12 medical theory centres and numerous highly specialized laboratories, it is also one of Europe's leading research establishments in the biomedical sector.
www.meduniwien.ac.at/web/en

The Austrian Academy of Sciences (OeAW), founded in 1847, is the leading organization promoting non-university academic research institutions in Austria. In the awareness of its social, cultural and economic responsibility, the Academy conducts basic research which is open for practical applications, and its members support this function by making their broad range of expertise available to the public and advising decision makers in politics and business. The Academy is currently promoting 27 research institutions with more than 1,700 employees, which are located in several of the federal states of Austria, with the headquarters in the Old University in the center of Vienna. www.oeaw.ac.at/en/