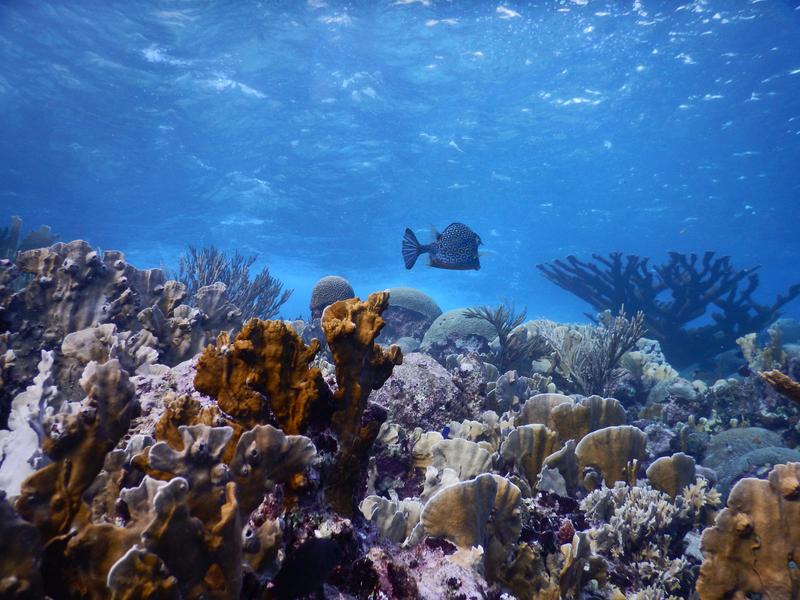 In a joint study, scientists from Jacobs University Bremen, the Leibniz Centre for Tropical Marine Research (ZMT) and the University of Bremen have for the first time predicted the vulnerability of tropical coral reef habitats to measurable environmental factors. According to the study, 94 percent of the world's coral reef habitats must be considered endangered, whereas only six percent of the habitats can be considered as reef refugia, as largely unaffected areas. The study was recently published by the Bremen scientists in the renowned journal "Global Change Biology".

Coral reefs are among the most important ecosystems on Earth. They are the habitat of almost a quarter of the world's marine species, act as breakwaters to protect the coasts and due to fishing and tourism are an important source of food and income in many regions. The master builders of the reefs are the corals – cnidarians which on average only grow a few millimeters per year. The ecologically enormously important and at the same time spectacularly beautiful ecosystems are particularly threatened. They are vulnerable to environmental changes, such as rising water temperatures, and are therefore considered an early warning system for global climate change.

"In our study, we distinguish between global and regional stress factors that can be measured and quantified," explains Dr. Agostino Merico, Professor of Ecological Modelling at Jacobs University and Head of the research group Systems Ecology at ZMT. Global factors include changes in sea temperature and ocean acidification – both caused by man-made emissions of carbon dioxide. Local factors include nutrient eutrophication, that is, the accumulation of nitrate and phosphate in the sea, mostly caused by the lack of sewage treatment plants or by the fertilization of fields in coastal regions.

Data were evaluated for reefs in six world regions – the Caribbean, the Southeast Asia, the Indian Ocean, the Pacific, the Red Sea and the Great Barrier Reef off Australia. According to the study, 22 percent of reefs are threatened by local factors, 11 percent by global factors and 61 percent by a combination of both. Six percent of the areas studied proved to be robust against combinations of all stress factors. These refugia include the Andaman and Nicobar Islands, archipelagos in the Indian Ocean.

The fact that the reefs react very differently to individual stress factors or to combinations of them is another key finding of the study. For example, coral reefs in Southeast Asia thrive at water temperatures higher than those typical of the Great Barrier Reef. Reefs in the Caribbean or the Red Sea are considered particularly threatened.

The different levels of susceptibility also indicate possible solutions for the recovery of the reefs. "Local stress factors can be successfully contained by local measures, for example by building sewage treatment plants," says Professor Merico. "Such measures buy us time. They can be very effective, because after all, almost a quarter of the coral reefs are affected by these local stressors.” Reducing greenhouse gases through international agreements is the only solution for mitigating the effects of global factors.

The identification of particularly robust areas also gives hope, emphasizes Dr. Christian Wild, Professor of Marine Ecology at the University of Bremen, who was involved in the study. "If these refugia can be protected permanently, including from overfishing, they could contribute to the recovery of endangered reefs – as a reservoir for their colonization by larvae."

About the Leibniz Centre for Tropical Marine Research (ZMT):

In research and education, the Leibniz Centre for Tropical Marine Research (ZMT) in Bremen is dedicated to the better understanding of tropical coastal ecosystems such as mangroves, sea grasses, coral reefs, estuaries and upwelling systems. As an interdisciplinary Leibniz institute, the ZMT conducts research on the structure and functioning of tropical coastal ecosystems and their reaction to natural changes and human interactions. It aims to provide a scientific basis for the protection and sustainable use of these ecosystems. ZMT works in close cooperation with partners in the tropics, where it supports capacity building and the development of infrastructures in the area of sustainable coastal zone management. ZMT is a member of the Leibniz Association. More information at www.leibniz-zmt.de
Twitter | Facebook | YouTube