Tuning in on cortical circuit dynamics 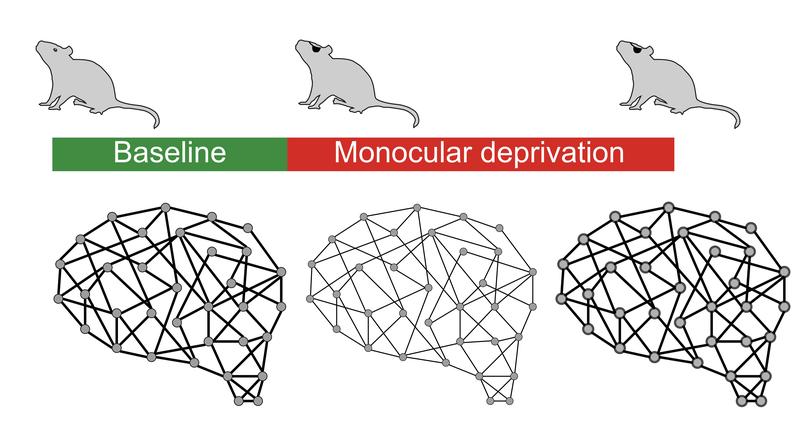 Neural circuits constantly undergo plastic modifications in order to store information, and quickly adapt to changes in the environment. This poses a fundamental challenge: despite the constant change in connectivity between neurons, for example during learning, neural circuits drive the generation of robust behaviors which can be executed with remarkable precision, for example, riding a bike. In a new study published in PNAS, an international team of scientists led by Julijana Gjorgjieva, Research Group Leader at the Max Planck Institute for Brain Research, Frankfurt, Germany, shed light on the mechanisms that neurons use to maintain stability.

To maintain the balance between stability and flexibility, neural circuits use two types of mechanisms that modify connectivity. One type is Hebbian mechanisms, coined by Donald Hebb that require the simultaneous activation of presynaptic and postsynaptic neurons in the circuit. These types of mechanisms are particularly well suited to take any structure in sensory input, for instance, natural images during vision, and translate it into meaningful connections between neurons. The other type is homeostatic mechanisms that adjust overall connectivity and neuronal excitability to regulate circuit activity, ensuring it does not explode or die out.

“We wanted to understand how these two types of mechanisms bring back normal activity in neural circuits in the primary visual cortex, a main area for the processing of visual information, after a disruption of normal visual experience” , explains Gjorgjieva.

The scientists analyzed neuronal activity from the visual cortex of rats after monocular deprivation, a paradigm where one eye of the animal is closed. The data was recorded by their collaborators at Brandeis University, Waltham, US (laboratory of Gina Turrigiano). “We found that different aspects of network activity are affected by the disruption of visual input. In addition to the firing rates of individual neurons, the correlations between pairs of neurons also decrease after a few days of disrupted visual input, and then recover back to baseline despite continued deprivation of visual input”, says Kris Wu, first author on the study.

The team then built a computational model consisting of a spiking neural network comprised of excitatory and inhibitory neurons, and equipped it with the two types of mechanisms (Hebbian and homeostatic). They trained the network with structured input such as during normal vision, and then challenged the network with disruption of the sensory input, mimicking the experimental paradigm of monocular deprivation. “Remarkably, we found that two different homeostatic mechanisms play a distinct role in recovering the two distinct aspects of network activity. Adjusting the strength of all of a neuron’s synapses up or down, known as synaptic scaling, is necessary to restore the correlations between pairs of neurons. In contrast, increasing the excitability of individual neurons to counteract the decreased input from the eyes, is necessary to restore the firing rates of individual neurons,” explains Gjorgjieva.

“This work shows that our brains are incredibly plastic to counteract various disruptions by activating a set of mechanisms to restore function. Moreover, these mechanisms seem to serve unique, rather than redundant, roles in restoring different aspects of visual function”, concludes Gjorgjieva.

This work was supported by the Max Planck Society and the European Research Council Starting Grant Neurodevo to Julijana Gjorgjieva.