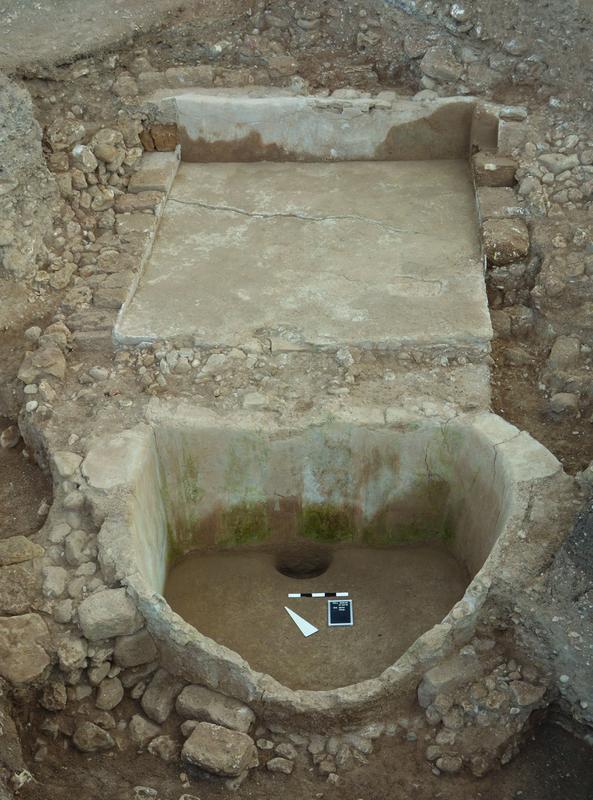 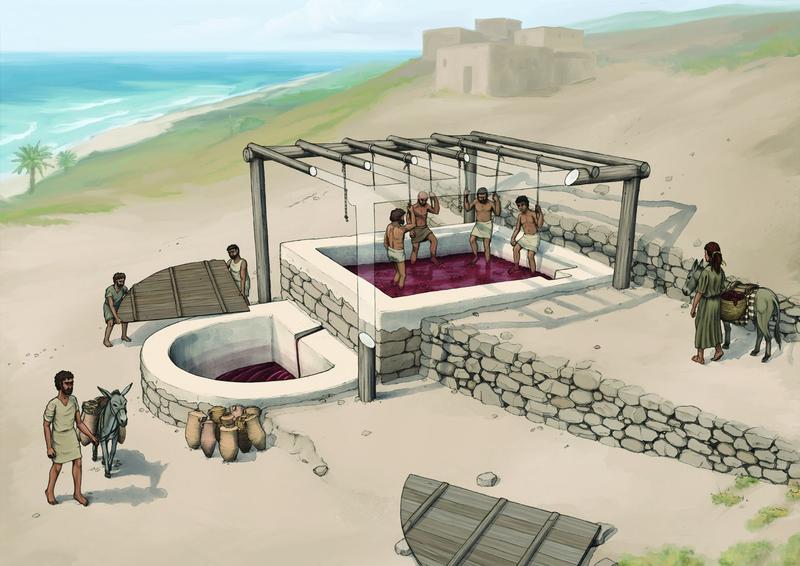 Wine had great importance in the Iron Age Mediterranean. In particular, the Phoenicians – the inhabitants of the central coastal Levant – were considered to have played an important role in the spread and popularity of wine. However, no installation for winemaking was known in their homeland. Now, the first Iron Age wine press in present-day Lebanon has been discovered during excavations at the Phoenician site of Tell el-Burak. Dr. Adriano Orsingher and Professor Jens Kamlah from the Institute of Biblical Archaeology, and Dr. Silvia Amicone and Dr. Christoph Berthold from the Competence Center Archaeometry Baden-Württemberg (CCA-BW) at the University of Tübingen, together with Professor Hélène Sader from the American University in Beirut, investigated the construction of the 7th century BCE wine press and the building materials used in it. They found that when the Phoenicians built the wine press, they used a plaster mixed from lime and fragments of crushed ceramics. Later, in Roman times, this technique for making a lime-based plaster was further developed. The study has been published in the latest issue of the journal Antiquity.

Since 2001, the site of Tell el-Burak has been excavated by by a joint Lebanese-German mission. The Tell el-Burak Archaeological Project has uncovered the remains of a small Phoenician settlement, inhabited from the late eighth to the middle of the fourth century BCE. It is likely that the settlement was founded by the nearby town of Sidon to supply it with agricultural products. Tell el-Burak was bordered to the southwest and southeast by a 2.5-meter-wide terrace wall. “South of one of these walls we discovered a well-preserved wine press. It had been built on the slope of the hill,” the authors report.

Analyses carried out at the Tübingen CCA-BW within the framework of the ResourceCultures collaborative research center (1070) have now provided new data on the composition and technology of the Iron Age plaster of which the wine press was made. “A good-quality lime plaster could be difficult to produce,” say the authors, “The Phoenicians refined the process by using recycled ceramic shards. This made it possible to build better and at the same time more stable buildings.” A local and innovative tradition of lime plaster had developed in southern Phoenicia, they add, “The finished plaster was water-resistant and hardwearing. The Romans adopted this technique for making their buildings.” An ongoing organic residue analysis at the University of Tübingen may determine whether all three plastered structures at Tell el-Burak were connected to wine production.

Earlier research in Tell el-Burak showed that grapes were cultivated on a large scale in the area surrounding the village. “We assume that wine was produced there on a large scale for several centuries. For the Phoenicians it was very important – they also used wine in religious ceremonies,” say the authors. The earlier discovery of a large number of amphorae – often used to transport liquids and other foodstuffs – indicates that the Phoenicians also traded their wine. “The city of Sidon was on sea trade routes in the eastern Mediterranean. Phoenicians played an important role in the spread of wine in the Mediterranean area, and their tradition of wine consumption was passed on to Europe and North Africa.” So far there has been little evidence of wine production in Phoenicia, the authors said. “This new discovery provides many clues as to how the pioneers of wine produced the drink.”