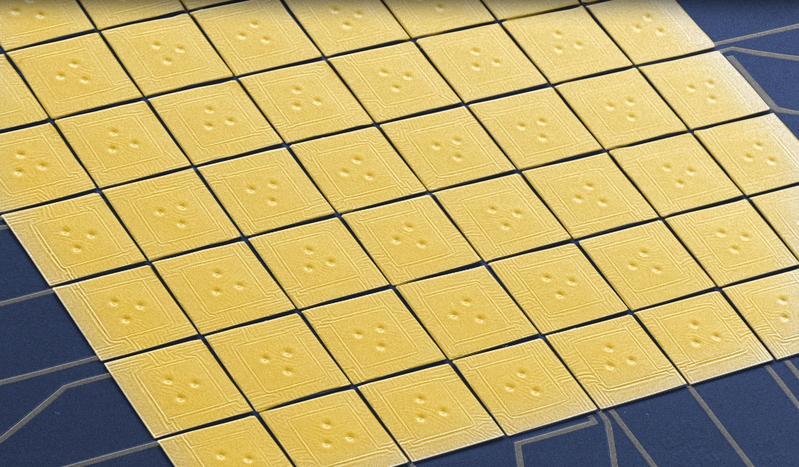 Joint press release of the University of Heidelberg, TU Wien, JGU, HIM, and GSI

Nuclear clocks could make our time measurement even more accurate than atomic clocks. The key to this lies in thorium-229, an atomic nucleus whose lowest excited state has very low energy. A research team from the Kirchhoff Institute for Physics at the University of Heidelberg, TU Wien, Johannes Gutenberg University Mainz (JGU), the Helmholtz Institute Mainz (HIM), and GSI Helmholtzzentrum in Darmstadt has now succeeded in measuring this low energy. Using an extremely accurate detector, it was possible to detect the tiny temperature increase due to the energy released during the de-excitation of the atomic nucleus. This brings the realization of a nuclear clock a big step closer.

In radioactive decay, atomic nuclei spontaneously re-arrange, eject some part of their building blocks, and transform into a nucleus of a different atom. In this process, the new "daughter atom" usually has internally stored energy that is released in the form of gamma rays. The energies of these rays are characteristic for each type of nucleus – just like fingerprints. Researchers learn a lot about atomic nuclei by characterizing these gamma-ray fingerprints.

Back in 1976, L. A. Kroger and C. W. Reich investigated the decay of uranium-233, which is an artificial nucleus of uranium that decays to thorium-229 by emitting an alpha-particle; this is immediately followed by the emission of characteristic gamma-rays that occur in distinct and generally well-understood patterns. Kroger and Reich, however, registered an anomaly: one gamma-ray that was predicted by all nuclear theories was missing in the measured signals. The best explanation was that the internal energy stored in the lowest nuclear excitation of thorium-229 was too low to be observed by the detectors. Over the following decades, many attempts were made to observe this low-energy gamma-ray without success, constraining it to ever-lower energies.

Nowadays, we know that the lowest excited-energy state of the thorium-229 nucleus, called an isomer state, is located at the lowest known energy among all nuclei, at an energy that is orders of magnitudes lower than usual excitation energies. Consequently, the energy of the associated gamma-ray is so low that it is placed in the ultraviolet region of the electromagnetic spectrum rather than in the typical gamma-ray region. This leads to the unique situation that the opposite process of the de-excitation by the emission of this "ultraviolet gamma-ray", namely the excitation of the lower state is possible by shining ultraviolet light onto the nucleus. It is the only nuclear system that could be excited with "table-top" laser light. This opens up exciting prospects, including the construction of a "nuclear" clock, in which time is measured by oscillations of the nucleus between these two states. The precision of such a clock is predicted to be better than that of the best current atomic clocks, which rely on oscillations between states in the electron shell, which is more susceptible to external perturbations than the 10.000 times smaller nucleus.

The key problem is, though, that the energy of the isomer state is not yet known with sufficient precision to know which ultraviolet light is needed to stimulate the oscillation. A consortium of researchers from Heidelberg, Vienna, Mainz, and Darmstadt have now repeated the iconic gamma spectroscopy measurement of Kroger and Reich, but using a highly advanced state-of-the-art gamma spectrometer, designed explicitly for registering rays of such low energy.

Cool studies give the highest precision

For this, the research team of Professor Christian Enss and Dr. Andreas Fleischmann at the Kirchhoff Institute for Physics at the University of Heidelberg developed a magnetic microcalorimeter named maXs30. This detector is cooled to minus 273 degrees Celsius and measures the minuscule temperature rise that occurs when a gamma-ray is absorbed. The temperature increase leads to a change in the detector's magnetic properties, which is then converted into an electric signal using SQUID magnetometers similar to those that are commonly used in magnetic resonance tomography. The maXs30 detector has unprecedented energy resolution and gain linearity; still, it took about 12 weeks of continuous measurement to obtain the gamma-ray spectrum with sufficient precision.

To make this challenging measurement possible, the team of Professor Christoph Düllmann in Mainz and Darmstadt produced a special sample of uranium-233. First, they chemically removed all decay daughter products that had built up over time before the sample was used. They also removed unwanted radioisotopes, the decay of which leads to an unwanted background in the measured data. Then they designed a source geometry and sample container that led to minimum interference of the weak signals on their way from the sample to the maXs30 calorimeters. These steps were required for the success of the measurement because only one in 10,000 decay processes produces a signal that is useful for the determination of the isomer energy. The measurement produced the most precise gamma-ray spectrum of uranium-233 to thorium-229 decay to date. The team of Professor Thorsten Schumm at TU Wien, together with the Heidelberg team, employed four different schemes to derive the energy of the isomer state from this data. The most precise one yielded a value of 8.10(17) electronvolts, which corresponds to light of a wavelength of 153.1(32) nanometers, with the number in parentheses indicating the uncertainty of the last digits. This measurement paves the way for a direct laser excitation of the thorium-229 isomer.