Who is driving whom? Climate and carbon cycle in perpetual interaction 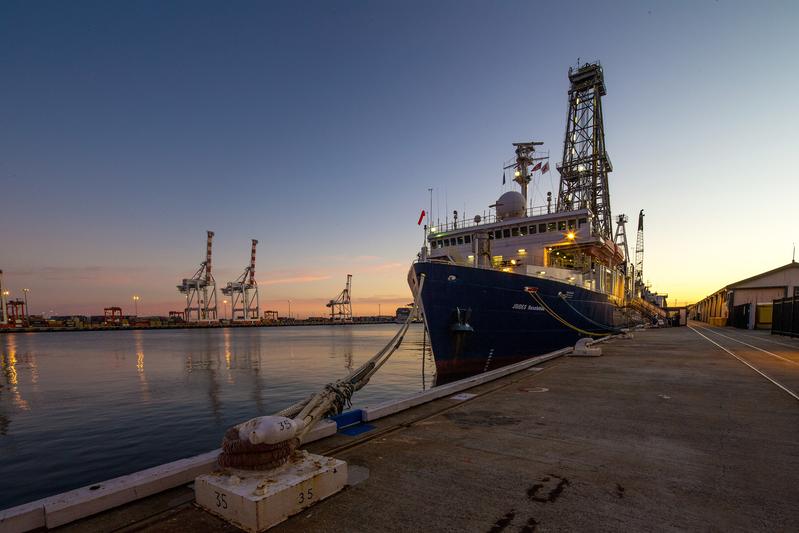 The current climate crisis underlines that carbon cycle perturbations can cause significant climate change. New research reveals how carbon cycle and global climate have been interacting throughout the last 35 million years of geologic history, under natural circumstances. The study, led by David De Vleeschouwer from MARUM – Center for Marine Environmental Sciences at the University of Bremen, was now published in Nature Communications.

Man-made global heating has long been presented as a relatively simple chain of cause and effect: humans disrupt the carbon cycle by burning fossil fuels, thereby increase the concentration of CO2 in the atmosphere, which in turn leads to higher temperatures around the globe. “However, it becomes increasingly clear that this is not the end of the story. Forest fires become more frequent all over the world, release additional CO2 into the atmosphere, and further reinforce the global warming that enhanced forest fire risk in the first place. This is a textbook example of what climate scientists call a positive feedback mechanism,” stresses David De Vleeschouwer, a postdoctoral researcher at MARUM – Center for Marine Environmental Sciences at the University of Bremen.

To reveal these kind of climate-carbon cycle feedback mechanisms under natural circumstances, David De Vleeschouwer and colleagues exploited isotopic data from deep-ocean sediment cores. “Some of these cores contain sediments of up to 35 million years old. Despite their respectable age, these sediments carry a clear imprint of so-called Milanković cycles. Milanković cycles relate to rhythmic changes in the shape of the Earth’s orbit (eccentricity), as well as to the tilt (obliquity) and orientation (precession) of the Earth’s rotational axis. Like an astronomical clockwork, Milanković cycles generate changes in the distribution of solar insolation over the planet, and thus provoke cadenced climate change”, explains David De Vleeschouwer. “We looked at the carbon and oxygen isotope composition of microfossils within the sediment and first used the eccentricity, obliquity and precession cadences as geological chronometers. Then, we applied a statistical method to determine whether changes in one isotope system lead or lag variability in the other isotope.”

His colleague Maximilian Vahlenkamp adds: “When a common pattern in both isotope systems occurs just a little earlier in the carbon system compared to the oxygen isotope system, we call this a carbon-isotope lead. We then infer that the carbon cycle exerted control over the climate system at the time of sediment deposition.” Paleoclimatologists and paleoceanographers often use carbon isotopes as an indicator of carbon-cycle perturbations, and oxygen isotopes as a proxy for changes in global climate state. Changes in the isotopic composition of these deep-sea microfossils may indicate, for example, an increase in the continental carbon storage by land plants and soils, or global cooling with a growth of ice caps.

“The systematic and time-continuous analysis of leads and lags between carbon cycle and climate constitutes the innovative character of this study. Our approach allows to sequence Earth’s history at high resolution over the past 35 million years”, says Prof Heiko Pälike. “We show that the past 35 million years can be subdivided in three intervals, each with its specific climate-carbon cycle modus operandi.” On average, the authors found oxygen isotopes to lead carbon isotope variations. This means that, under natural conditions, climate variations are largely regulating global carbon cycle dynamics. However, the research team focused on times when the opposite was the case. Indeed, De Vleeschouwer and colleagues found a few examples of ancient periods during which the carbon cycle drove climate change on approximately 100,000-year timescales, just as it is the case now on much shorter timescales – “but then of course without human intervention,” states Pälike.

During the oldest interval, between 35 and 26 million years ago, the carbon cycle took the lead over climate change mostly during periods of climate stability. “Periods of climate stability in the geologic record often have an astronomical cause. When the Earth’s orbit around the sun is close to a perfect circle, seasonal insolation extremes are truncated and more equable climates are enforced,” explains David De Vleeschouwer. “Between 35 and 26 million years ago, such astronomical configuration would have been favourable for a temporal expansion of the Antarctic ice sheet. We propose that under such a scenario, the intensity of glacial erosion and subsequent rock weathering increased. This is important, because the weathering of silicate rocks removes CO2 from the atmosphere, and thus ultimately controls the greenhouse effect.”

But around 26 million years ago, the modus operandi radically changed. The carbon cycle took control over climate at times of climate volatility, not stability. “We believe this change traces back to the uplift of the Himalayan mountains and a monsoon-dominated climate state. When seasonal insolation extremes are amplified through an eccentric Earth orbit, monsoons can become truly intense. Stronger monsoons permit more chemical weathering, the removal of CO2 from the atmosphere and thus a carbon-cycle control over climate.”

The mechanisms proposed by the authors not only explain the observed patterns in carbon and oxygen isotopes, they also provide new ideas as to how the climate system and the carbon cycle interacted through time. “Some hypotheses need further testing with numerical climate and carbon cycle models, but the process-level understanding presented in this work is important because it provides a glimpse at the machinery of our planet under boundary conditions that are fundamentally different from today’s,” says De Vleeschouwer. Moreover, this work also provides scenarios that can be used to evaluate the ability of climate-carbon cycle models when they are pushed to the extreme scenarios of the geologic past.