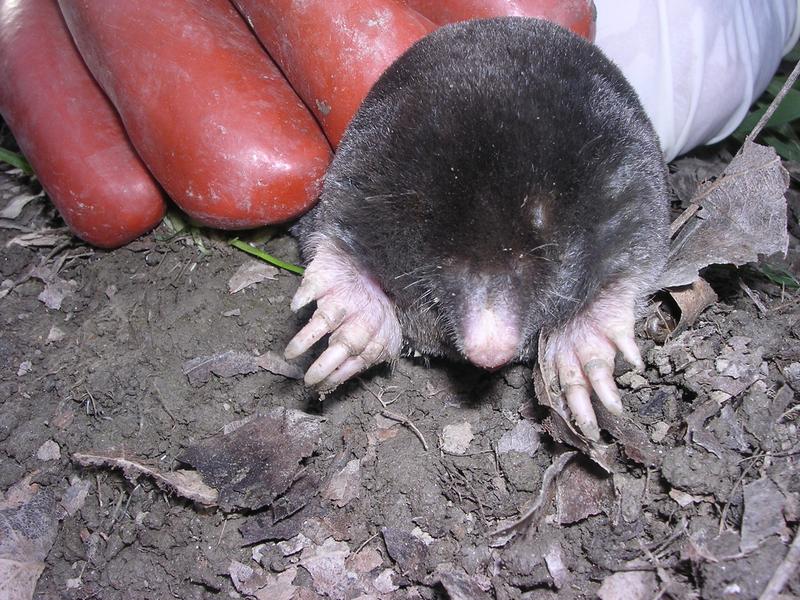 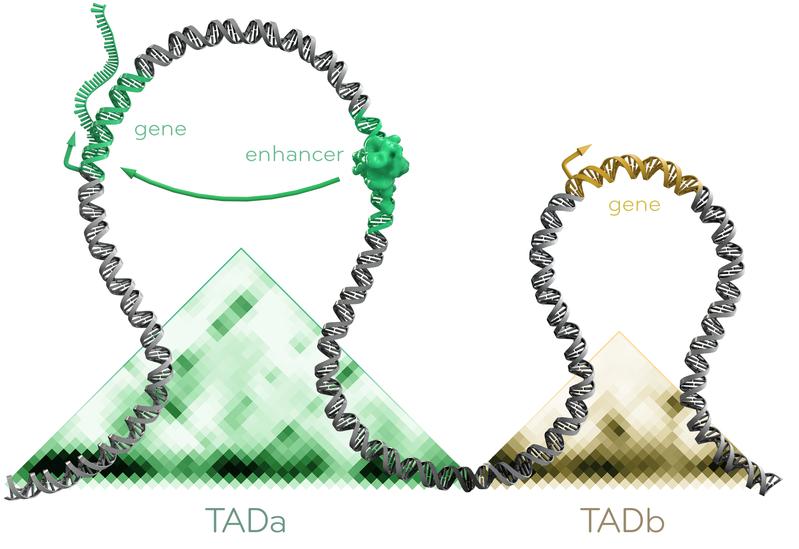 Female moles not only have ovarian, but also testicular tissue that produces male sex hormones – which lets them diverge from the categorization into two sexes. A team led by Berlin researchers Stefan Mundlos and Darío Lupiáñez describes in "Science" which genetic modifications contribute to this singular development.

Moles are special creatures that roam in an extreme habitat. As mammals that burrow deep into the earth, they have forepaws with an extra finger and exceptionally strong muscles. What’s more, female moles are intersexual while retaining their fertility. Typical for mammals, they are equipped with two X chromosomes, but they simultaneously develop functional ovarian and testicular tissues. In female moles, both tissue types are united in one organ, the ovotestis – something that is unique among mammals.

A lot of testosterone in the female mole’s blood

The testicular tissue of the female mole does not produce sperm, but large amounts of the sex hormone testosterone, meaning the females have similarly high levels as the males. Presumably this natural “doping” makes the female moles aggressive and muscular, an advantage for life underground, where they have to dig burrows and fight for resources.

In a study in the journal Science, Berlin scientists are now reporting on the genetic peculiarities that lead to this characteristic sexual development in moles. According to the study, it is primarily changes in the structure of the genome that lead to altered control of genetic activity. In addition to the genetic program for testicular development, this also stimulates enzymes for male hormone production in the females.

“Since Darwin, it has been generally accepted that the different appearances of living organisms are the result of gradual changes in genetic makeup that have been passed onto subsequent generations,” says Mundlos. “But how are DNA changes and their manifestations in the appearance of an organism related in concrete terms, and how can we uncover such changes?”

To pursue this question, the researchers have completely sequenced the genome of the Iberian mole (Talpa occidentalis) for the first time. Moreover, they examined the three-dimensional structure of the genome within the cell. In the nucleus, genes and their associated control sequences form regulatory domains – relatively isolated “neighborhoods” consisting of large regions where DNA sections interact frequently with each other.

“We hypothesized that in moles, there are not only changes in the genes themselves, but particularly in the regulatory regions belonging to these genes,” says Mundlos.

In the course of the moles’ evolution, then not only would individual letters of the DNA have changed, also larger pieces of the genome would have shifted, says the researcher. If segments of DNA move from one location to another, completely new or reorganized regulatory domains can emerge and thus activate new genes and enhance or attenuate their expression.

“The sexual development of mammals is complex, although we have a reasonably good idea on how this process takes place,” says Darío Lupiáñez. “At a certain point, sexual development usually progresses in one direction or another, male or female. We wanted to know how evolution modulates this sequence of developmental events, enabling the intersexual features that we see in moles.”

In fact, when comparing the genome to that of other animals and humans, the team discovered an inversion – i.e., an inverted genomic segment – in a region known to be involved in testicular development. The inversion causes additional DNA segments to get included in the regulatory domain of the gene FGF9, which reorganizes the control and regulation of the gene. “This change is associated with the development of testicular tissue in addition to ovarian tissue in female moles,” explains Dr. Francisca Martinez Real, lead author of the study and scientist at the MPIMG as well as the Institute for Medical Genetics and Human Genetics at Charité.

The team also discovered a triplication of a genomic region responsible for the production of male sex hormones (androgens), more specifically the androgen production gene CYP17A1. “The triplication appends additional regulatory sequences to the gene – which ultimately leads to an increased production of male sex hormones in the ovotestes of female moles, especially more testosterone,” says Real.

The highly territorial moles cannot be kept in the laboratory, which particularly challenged the work of the researchers. “We had to do all our research on wild moles,” says Lupiáñez. He and Real spent months in southern Spain collecting samples for their experiments. “However, this drawback also became a strength in our study. Our results are not limited to laboratory animals, but extend our knowledge to wild animals.”

The research group proved that the two genome mutations actually contribute to the special sexuality of female moles by creating a mouse model in which they mimic the genomic changes observed in moles. Of the altered animals, the female mice had androgen levels that were as high as in normal male mice. They were also significantly stronger than their unaltered conspecifics.

Evolution makes use of the genetic toolbox

With moles, the sexes are not that clearly delimited from one another; instead, females move on a spectrum between typically female and typically male phenotypes, i.e., they are intersexual.

“Our findings are a good example of how important the three-dimensional organization of the genome is for evolution,” says Lupiáñez. “Nature makes use of the existing toolbox of developmental genes and merely rearranges them to create a characteristic such as intersexuality. In the process, other organ systems and development are not affected.”

“Historically, the term intersexuality has caused considerable controversy,” says Mundlos. “There was and continues to be a tendency to characterize intersexual phenotypes as pathological conditions. Our study highlights the complexity of sexual development and how this process can result in a wide range of intermediate manifestations that are a representation of natural variation.”

Research at the Max Planck Institute for Molecular Genetics (MPIMG) focuses on the analysis of genome function and regulation, especially during embryonic development, differentiation, organ development, and disease. Scientists at the MPIMG study genes and genomes using automated methods, high-throughput technologies and various model systems, followed by computational analysis and interpretation of the results. The combination of experimental and computational methods is a characteristic feature of the work at the Institute. Founded in 1964 and situated in the southwest of Berlin in Dahlem, the MPIMG employs approximately 350 people and fosters a working culture of interdisciplinarity and innovation. www.molgen.mpg.de

Charité – Universitätsmedizin Berlin is one of the largest university hospitals in Europe, offering 3,001 beds and boasting approximately 100 departments and institutes spread across 4 separate campuses. With a total of 18,700 members of staff employed across its group of companies (15,000 of which at Charité), the organization is one of the largest employers in Berlin. At Charité, the areas of research, teaching and medical care are closely interlinked. 4,553 of its employees work in the field of nursing, with a further 4,454 in research and medical care. Last year, Charité treated 154,261 in- and day case patients, in addition to 692,900 outpatients. In 2019, Charité recorded a turnover of approximately € 2.0 billion (including external funding and investment grants) and set a new record by securing more than € 179.1 million in external funding. Charité’s Medical Faculty is one of the largest in Germany, educating and training more than 8,000 medical, dentistry and health sciences students. Charité also offers 644 training positions across 9 different health care professions. www.charite.de

The Max Delbrück Center for Molecular Medicine in the Helmholtz Association (MDC) was founded in Berlin in 1992. It is named for the German-American physicist Max Delbrück, who was awarded the 1969 Nobel Prize in Physiology and Medicine. The MDC’s mission is to study molecular mechanisms in order to understand the origins of disease and thus be able to diagnose, prevent, and fight it better and more effectively. In these efforts the MDC cooperates with Charité – Universitätsmedizin Berlin and the Berlin Institute of Health (BIH) as well as with national partners such as the German Center for Cardiovascular Research (DZHK) and numerous international research institutions. More than 1,600 staff and guests from nearly 60 countries work at the MDC, just under 1,300 of them in scientific research. The MDC is funded by the German Federal Ministry of Education and Research (90 percent) and the State of Berlin (10 percent), and is a member of the Helmholtz Association of German Research Centers. www.mdc-berlin.de