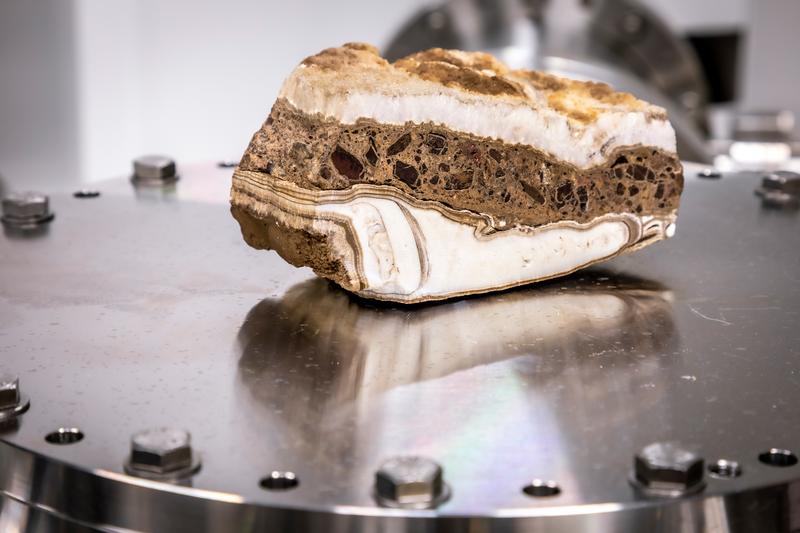 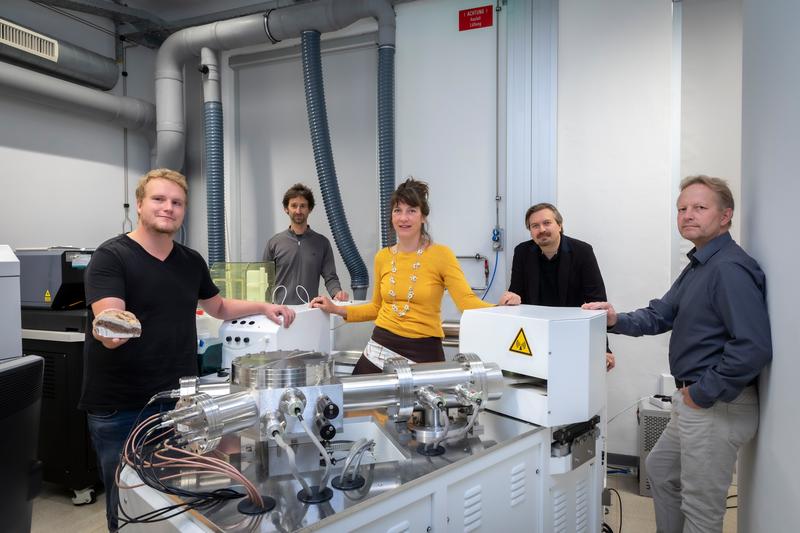 Geological investigations of low-temperature young deposits on the Styrian Erzberg provide paleoclimatology with new data on the earth's history and its development.

How has the climate changed in the course of the earth's history? Which climatic processes have influenced the earth and its atmosphere? Paleoclimatology seeks answers to such questions in order to better understand climate changes and to derive forecasts for future climate scenarios. So-called sedimentary archives serve as a basis for this. They are rock deposits whose components and composition provide information about the temperatures and climatic conditions at the time of their formation. Correspondingly recent geological deposits provide information about the climate development in the recent history of the earth since the last ice age 20,000 years ago. Compared to widespread seawater deposits, however, sedimentary archives on the mainland – such as in the Alpine region – are very rare.

An international consortium led by the Institute of Applied Geosciences (IAG) of Graz University of Technology has now made a sensational discovery in this area. In a publication for Communications Earth and Environment, the group presents newly discovered, geologically very young deposits on the Styrian Erzberg, whose importance as a sedimentary archive for paleoclimate research was investigated for the first time. "The fact that we have now found such young geological deposits, which are usually only found in marine sedimentary archives, in a continental sedimentary archive is sensational and a treasure trove of data for climate research," explains the first author of the study, Andre Baldermann of the IAG.

Specifically, these are sedimentary fillings of faults and fractures which consist of the carbonate minerals dolomite, aragonite and calcite. It is known that the carbonate mineral dolomite crystallizes when seawater evaporates, which in turn requires high temperatures. Baldermann and his team have now been able to show for the first time that the mineral can also form at temperatures between zero and twenty degrees Celsius – there has been no absolute data on this so far.
In addition, the researchers discovered that these are comparatively geologically young minerals that were formed shortly after the last ice age about 20,000 years ago in a non-marine (continental) depositional area. Baldermann: "This is a novelty, as recent formations of the mineral have been restricted almost exclusively to seawater deposits until now."

The entire range of geological investigation methods was used in the analyses. The rock samples were microscopically described and systematically classified. The mineralogical composition was determined by X-ray diffraction and the chemical properties were defined using high-resolution electron microscopy. For age dating and temperature reconstructions, the samples were analysed elementally and isotopically using state-of-the-art mass spectrometry. "The large number of results allowed us to draw conclusions about water flow, water composition, mineral growth and formation temperatures," says Baldermann.

"Climate research works mainly by analysing marine sediments, because we have archived a large number of sediments (marine sediments, note) over the entire course of the earth's history. Continental sedimentary archives are rare and are only very rarely considered. Their deposits usually provide only little information about old environmental conditions," says Baldermann. He is convinced that the newly published data on the deposits on the Erzberg will remedy this situation and provide new perspectives on climate development of the recent past.

This research area is anchored in the Field of Expertise “Advanced Materials Science”, one of the five strategic foci of TU Graz.

The work was supported by NAWI Graz Central Lab Water, Minerals and Rocks, by the mining company VA Erzberg and by researchers from the Universities of Vienna and Graz. Financial resources were made available from the European Regional Development Fund (ERDF).