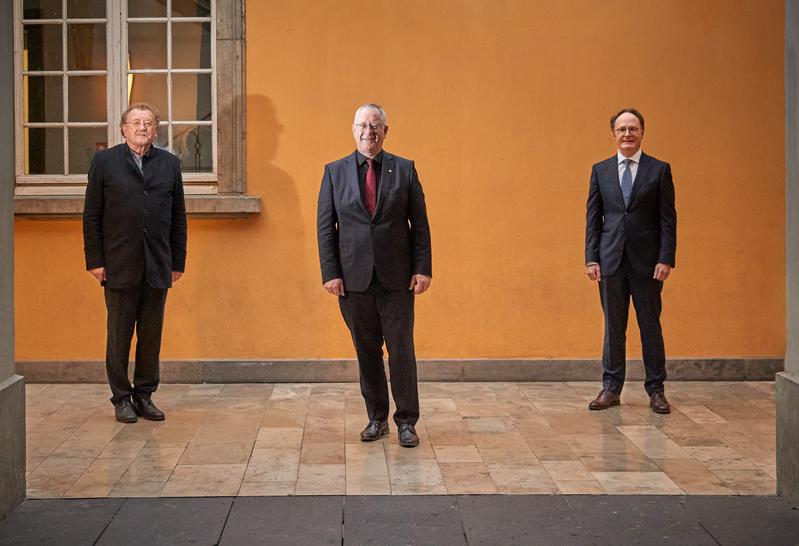 The University election assembly consists of the members of the Senate and the University Council. Both groups have the same voting weight. The election committee is chaired by the chairman of the Senate, Prof. Dr. Rainer Hüttemann. In January 2020, the University Council and the Senate had already called upon the acting Rector to run for re-election. The developmental biologist Prof. Dr. Dr. h.c. Michael Hoch (born in 1961) took up his first six-year term of office as 143rd Rector of the University of Bonn in 2015. His term of office has now been extended by four years until 2025 through re-election in the first round of elections.

For Chairman Prof. Hüttemann the election result is no surprise: "Prof. Hoch enjoys strong support from all university groups, be they students, professors, academic staff, or employees in technology and administration. This was also reflected in the election results. The Rector is a team player who understands how to inspire University members for ambitious goals and how to achieve them together". This year, Prof. Hoch was voted "Rector of the Year" by the members of Deutscher Hochschulverband (German Association of University Professors and Lecturers).

University Council Chairman Prof. Dr. Dieter Engels added: "The results of Prof. Hoch's first term of office are impressive: He has initiated many projects for the further development of the University. Equality, sustainability, internationalization and digitization are central concerns to which he devotes all his energy. But his masterpiece is the outstanding success in the Excellence Strategy of the Federal and State Governments". With the approval of six Clusters of Excellence in 2018 and the elevation to a University of Excellence in 2019, Bonn emerged from the competition as the most successful university in Germany.

Prof. Hoch is pleased about the continued support from all parts of the University: "I would like to thank the members of the Senate and the University Council for the enormous trust they have placed in me over the past years and now again in this election. This trust gives me the necessary support and strength for the tasks and challenges ahead. I am very much looking forward to further developing the University of Bonn, together with my Rectorate team, the students, researchers, lecturers and staff, as a place for excellent international research and teaching".