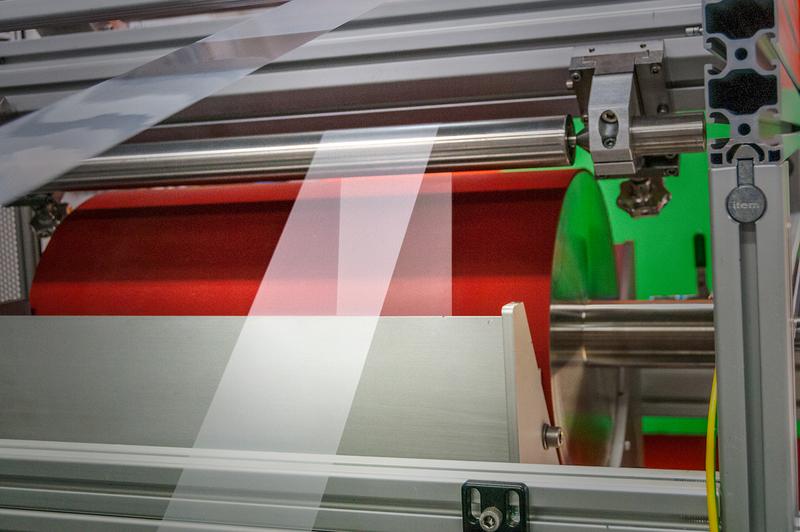 Medical products such as blood bags and tubing are often made from soft PVC, a plastic that contains phthalate plasticizers, which are suspected to be harmful to human health. These substances are not chemically bound to the polymer, which means they can leach into the blood bags and thus come into contact with human cells. A new method developed at the Fraunhofer Institute for Surface Engineering and Thin Films IST prevents these harmful substances from migrating into the surrounding media.

Plasticizers are found in many everyday objects, but also in medical products. They are added to polymers to lend materials greater elasticity and flexibility. Blood bags and medical tubing often contain DEHP (diethylhexyl phthalate), a PVC additive that can adversely affect human health. The EU has classified DEHP, a member of the phthalates class of substances, as toxic for reproduction. Manufacturers must therefore obtain approval in order to use this plasticizer in the EU, and it is prohibited for use in cosmetics and toys. Nevertheless, it is still found in soft PVC, which is used to make blood bags. “Soft PVC contains as much as 40 percent by weight of DEHP plasticizers. Since the plasticizer molecules are not chemically bound to the PVC, they can migrate into the environment,” says Dr. Thomas Neubert, a physicist at Fraunhofer IST in Braunschweig. He and his colleagues use atmospheric pressure plasma processes to modify the plasticizer’s molecular structure on the plastic surface and to crosslink the molecules in a way that prevents the harmful substance from passing through the crosslinked lattice. “We produce reactive species and high-energy UV radiation in the plasma. These penetrate into the PVC surface and break the chemical bonds in the plasticizer molecules, which then bond with the adjacent molecules. The resulting meshwork forms a protective barrier that DEHP cannot penetrate,” explains Neubert. The PVC itself is not modified – its mechanical properties are preserved.

The researchers’ tests showed that plasticizer migration from soft PVC could be reduced by 95 percent. To determine the barrier effect, the treated PVC films are stored in n-decane, a solvent, for two hours to identify the quantity of migrated plasticizers. To test the long-term stability of the barriers, the treated soft PVC films were stored in air for four months. They found that the molecular meshwork produced does not dissolve, and the 95 percent barrier effect is preserved. The tests were conducted with PVC films that are used to manufacture blood bags. These results can also be extrapolated to other phthalate plasticizers, such as TOTM (tri-(2-ethylhexyl) trimellitate) or DINP (diisononyl phthalate).

But how does this process work in detail? To prevent the plasticizers from migrating, Neubert and his team use dielectric barrier discharges at atmospheric pressure. This involves positioning the PVC film between two metal electrodes with a dielectric barrier. The researchers apply a high alternating voltage of several thousand volts to each electrode, upon which a dielectric barrier gas discharge occurs in the gas gap between the electrodes. “In the resulting plasma, we produce shortwave UV radiation that break apart the plasticizer molecules. The molecule fragments want to react with one another and form a mesh,” says Neubert. Pure argon is used as the process gas, which is easy to ionize and relatively inexpensive.

For Neubert, plasma treatment with atmospheric pressure is the instrument of choice, as it is considerably more economical than coating processes, which could also prevent plasticizer migration. “Coating processes must meet high demands. Coatings must ad-here extremely well and be flexible. In addition, they must pass an elaborate approval process for medical products.” The researcher and his team are currently working to make their process suitable for industrial use and to speed it up sufficiently to enable treatment of several meters of PVC film per second in roll-to-roll processing.