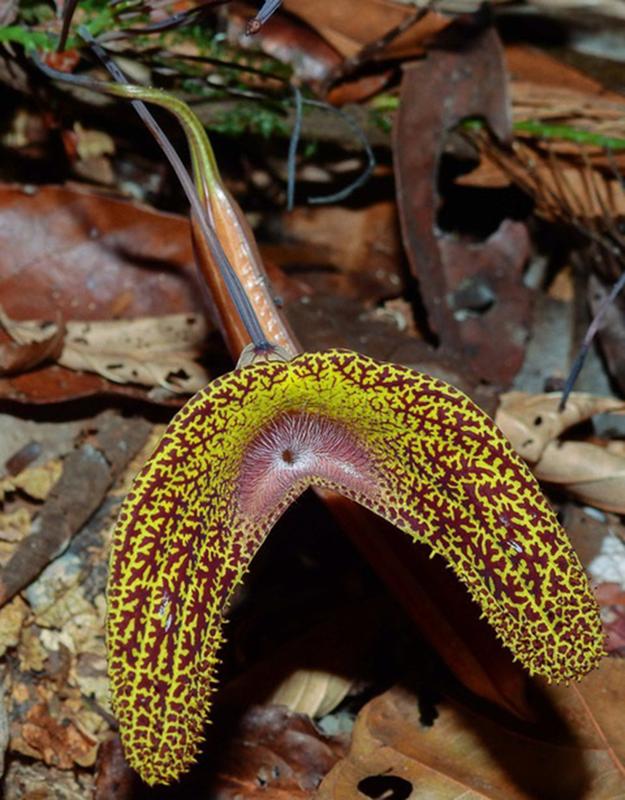 Aristolochia wankeana is the name of a recently discovered new pipevine species from French Guyana, named after the Dresden botanist Prof. Dr. Stefan Wanke. Together with Aristolochia neinhuisii, the new species is now already the second one, which honors a Dresden researcher with its name.

The Chair of Botany at TU Dresden has intensively studied the plant family of pipevines (Aristolochiaceae) for over 20 years. The Dresden scientists are among the few specialists for these plants worldwide and have published significant papers on the evolution and biology of this group. By investigating the plant family, the botanists want to help develop protective measures for particularly endangered species.

Additionally, the scientists have assembled a living collection of the plant family in the Botanical Garden of TU Dresden, with representatives from all over the world, which an essential basis for their research. "With about 150 species, we have one of the world's largest collections of pipevines," explains Christoph Neinhuis, Professor of Botany and Director of the Botanical Garden. Apart from the scientific aspect, this collection is also of great importance for the protection of species: Some of the cultivated species exist in nature in only very small numbers or have even become extinct. Only a few weeks ago, a very rare species from Mexico, Aristolochia impudica, flowered in Dresden for the first time. As far as is known, it is only cultivated in Dresden.

In French Guyana a team of scientists from Brazil, Colombia and the Musée d'Histoire Naturelle in Paris has now discovered a new Aristolochia species. It is a climbing plant from the tropical rainforests of the Amazon basin with an unusual flower shape, which is characteristic for the Aristolochia species in general. In recognition of his merits in the research of the genus Aristolochia, the newly discovered species was named after Prof. Dr. Stefan Wanke from the Institute of Botany at TU Dresden: Aristolochia wankeana. This makes Wanke the second Dresden eponym for a pipevine species. Already in 2017, a new species from Vietnam was named after Prof. Neinhuis.

Prof Wanke feels extremely honored about this form of recognition and attributes it above all to the close international cooperation in this field:
"Discovering new species in the remotest corners of the world is one thing, but when a new species is named after you, it is a special recognition. In this case, the South American discoverers of the new species visited the TU Dresden in 2019 as part of a cooperation on pipevines. Apparently, they were convinced by our research work. We maintain intensive contacts with numerous universities worldwide in this field, but also in others".