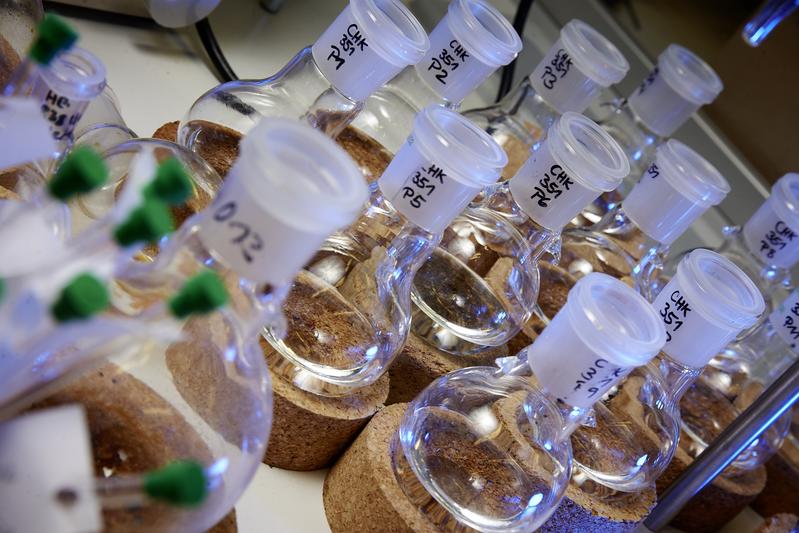 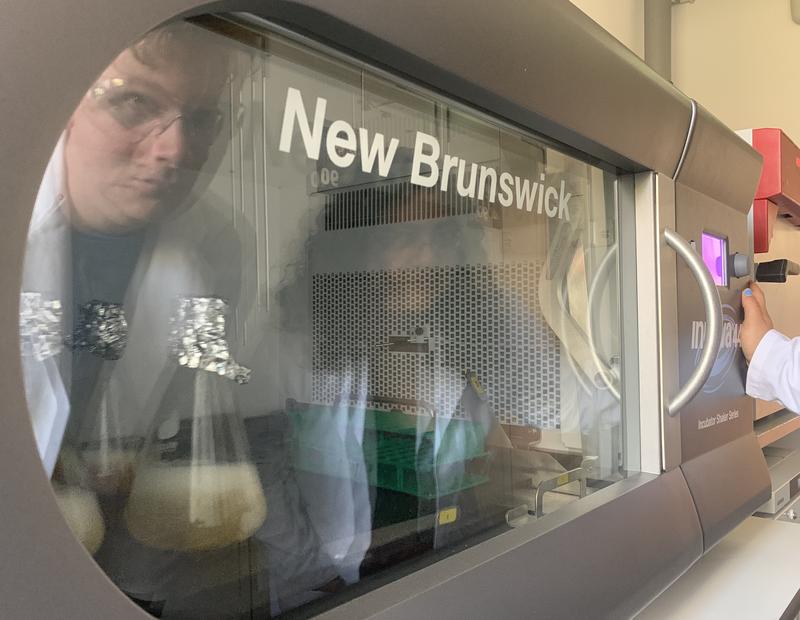 How can chemical processes for the production of commonplace chemicals be made more sustainable, environmentally friendly and economical than before? For example, without high temperatures and organic solvents? The Leibniz Institute for Catalysis in Rostock has found an answer for the industrially significant reaction of hydroformylation. The institute uses a structurally modified enzyme that catalytically controls the production of aldehydes, important basic chemicals, under mild reaction conditions. This basic research is being conducted within the framework of the Leibniz Science Campus ComBioCat.

Enzymes are biocatalysts that break down food components in organisms for optimal utilization. This happens highly selective as well as at body temperature and under normal pressure. Researchers would also like to see such gentle reaction conditions instead of harsh chemical processes, which in many cases still determine chemistry today.
Their goal is "green chemistry", and the foundations for this are currently being laid in laboratories around the world. With the ComBioCat project, funded by the Leibniz Association with 1.13 million euros for four years, LIKAT chemist Prof. Dr. Paul Kamer (1960 - 2020) brought an exclusive science campus to the northeast.

The campus will combine expertise from all catalytic disciplines in order to develop biocatalysts and also chemocatalysts for the production of polymers, active medical ingredients and other basic and fine chemicals. "Their use would significantly reduce the effort and costs of chemical processes and save resources," says PhD student Jan-Ole Moritz, who is doing his doctorate at LIKAT on the catalytic reaction of alkenes to aldehydes.
Aldehydes are used on a large scale in solvents and preservatives, among other things, and as basic materials in the cosmetics industry. In the laboratory Jan-Ole Moritz takes 1-octene as starting material, a nearly water-insoluble alkene, which reacts in aqueous solution with carbon monoxide and hydrogen to form aldehydes. Industrially, this is done using a metal catalyst at a pressure of up to 100 bar and temperatures of up to 100 degrees Celsius, as well as an organic solvent. At Jan-Ole Moritz, an enzyme performs the task of the catalyst under much milder conditions.

The chemist has previously genetically engineered the enzyme with anchor points to which the catalytic component can dock: a metal supported by phosphorus ligands, the active center of the catalyst. Chemists refer to this combined reaction of bio- and classical chemical molecules to form an artificial metal-enzyme complex as bioconjugation. "The chemical properties of the metal center ensure the activity of the complex. The protein nature of the enzyme causes the high selectivity," says Jan-Ole Moritz.
He also explains what this means: "One of the special properties of the enzyme is its tunnel structure, for example. This facilitates the presorting of the starting molecules, so to speak". The tunnel forces the alkene molecules into a certain position with which they enter the reaction. This makes the process so selective because the end product is created in exactly the desired linear arrangement.

The tunnel structure also helps PhD student Moritz to extend the limit of the reaction. In hydroformylation, the starting materials dissolve in water. Only short-chain alkenes with a maximum of three to four carbon atoms in the molecule are suitable for this. The more carbon atoms the alkenes contain, the more fat-loving they become, and thus also more water-repellent. They are therefore useless for hydroformylation: they do not dissolve. Through the tunnel in the metal-enzyme complex, however, long-chain molecules with ten or twelve carbon atoms can also be lured into the aqueous solution where they react with catalytic support.
For his work, Jan-Ole Moritz, who up to now has mainly been at home in classic phosphorus chemistry, has acquired techniques that are more typical for biologists: the creation of cell cultures for the production of proteins and their harvest, genetic modification and purification, sterile work in accordance with the legal requirements of the Genetic Engineering Protection Ordinance. The LIKAT set up a safety laboratory especially for this research.

With these research topics, the Leibniz Institute for Catalysis, together with its three partners, the Leibniz Institute for Plasma Science and Technology and the two universities in mecklenburg pomerania, is securing a good position in a completely new field of research. In the future, metal-enzyme complexes will, among other things, help to develop processes for the use of biowaste for the production of basic materials and energy, an area in which LIKAT is already ahead of the field. For the researchers, the attraction of this Campus' ComBioCat is to combine active principles from biology, chemistry and physics in order to replace oil and gas as raw material basis in the long run.