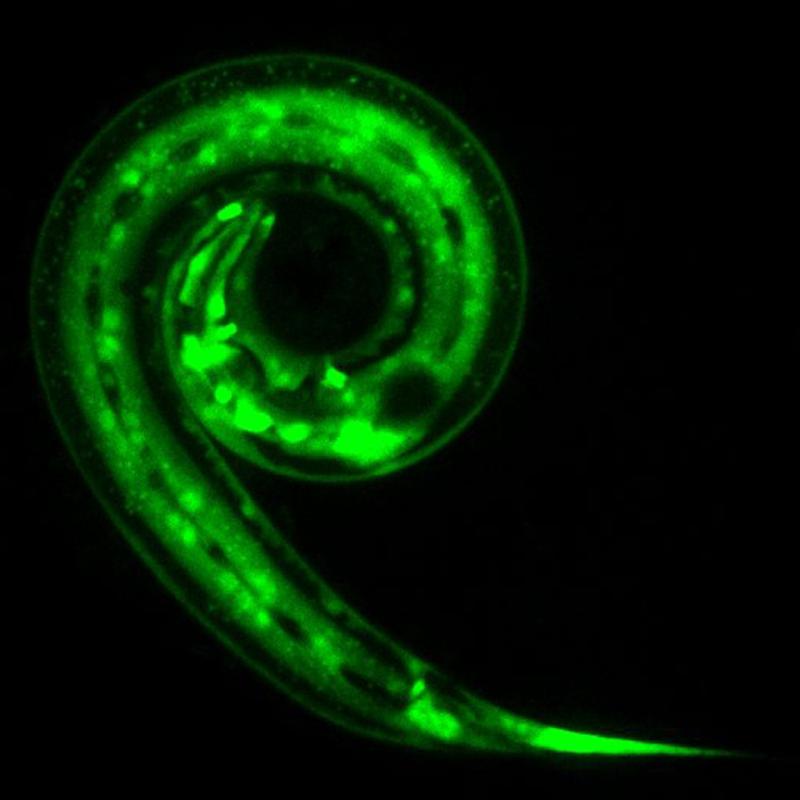 When wounded, our body sets off a complex immune response. As part of it, the wound produces small antimicrobial molecules to fight off the pathogens locally. Researchers from the Biotechnology Center (BIOTEC) of the TU Dresden and Max Planck Institute for Biophysical Chemistry in collaboration with the Centre d’Immunologie de Marseille-Luminy (CIML) in France have found that these natural antibiotics can also act as long-range molecular messengers. They signal across tissues from the site of injury to the brain, sending a message to increase sleep and raise the chances for surviving the injury. The results have been published in the journal “Current Biology”.

Sleep is the best medicine, as the old saying goes. Indeed, studies showed that longer sleep leads to a better recovery. It is no surprise that our brains respond to an injury by extending our sleep. But how does that happen? How does the brain know about the injury? Is there some kind of long-range message sent to the brain from the wound?

A team of scientist focused on these questions by looking at injury and sleep in worms. “C. elegans worm is the simplest animal which we could look at to study sleep. It is a model that allows for a wide range of molecular biology techniques to explore fundamental biological processes in detail,” explains Prof. Bringmann, research group leader at the Biotechnology Center (BIOTEC) of the TU Dresden and guest group leader at Max Planck Institute for Biophysical Chemistry.

A team led by Prof. Bringmann started by looking for genes responsible for prolonging sleep in worms. They conducted a large-scale genetic screen and analyzed over 4,500 different genetic mutations. One of the genes they found caught their particular attention. Boosting activity of that gene led to an enormous increase in production of antimicrobial peptides (AMPs). The AMPs are natural antibiotics that the body produces inside the wound to fight off the pathogens locally.

To find out the connection between the antimicrobial peptides and sleep signaling, the scientists from Dresden worked with immunologists, Dr. Nathalie Pujol and Dr. Jonathan Ewbank from Centre d’Immunologie de Marseille-Luminy (CIML) in France. Together, the team has manipulated gene expression of worms. They switched off production of the natural antibiotics and looked at what happens to the injured worms. What sounds like flipping a switch was in reality not an easy task at all. It turned out that antimicrobial peptides are highly redundant. The scientists found that a total of 19 different genes responsible for producing AMPs had to be simultaneously switched off to observe a striking difference. “We have seen that the worms which did not produce antimicrobial peptides had much less sleep following an injury,” explains Prof. Bringmann. “Normally, worms survive injuries quite well. However, we observed that sleep loss increased the number of worms that did not survive a seemingly non-threatening injury,” adds Prof. Bringmann.

The researchers could show that once released from the skin wound, the AMPs act as a messenger and activate receptors in the brain. This activation works as a switch and further prompts sleep neurons to increase sleep. “AMPs have long been known to act locally, but our work suggested that they also act as long-range messenger molecules to signal need for sleep from wounds to the nervous system,” says Prof. Bringmann.

These results further strengthen the role of sleep in recovery from injuries. “Since sleep occurs in virtually all animals, our results hint at how sleep could be crucial to recover and survive an injury not only for C. elegans worms but also for other animals and possibly even humans,” concludes Prof. Bringmann. His group is funded by the European Research Council (ERC) Starting Grant SLEEPCONTROL.

The Biotechnology Center (BIOTEC) was founded in 2000 as a central scientific unit of the TU Dresden with the goal of combining modern approaches in molecular and cell biology with the traditionally strong engineering in Dresden. Since 2016, the BIOTEC is part of the central scientific unit “Center for Molecular and Cellular Bioengineering” (CMCB) of the TU Dresden. The BIOTEC is fostering developments in research and teaching within the Molecular Bioengineering research field and combines approaches in cell biology, biophysics and bioinformatics. It plays a central role within the research priority area Health Sciences, Biomedicine and Bioengineering of the TU Dresden.
www.tu-dresden.de/biotec
www.tu-dresden.de/cmcb