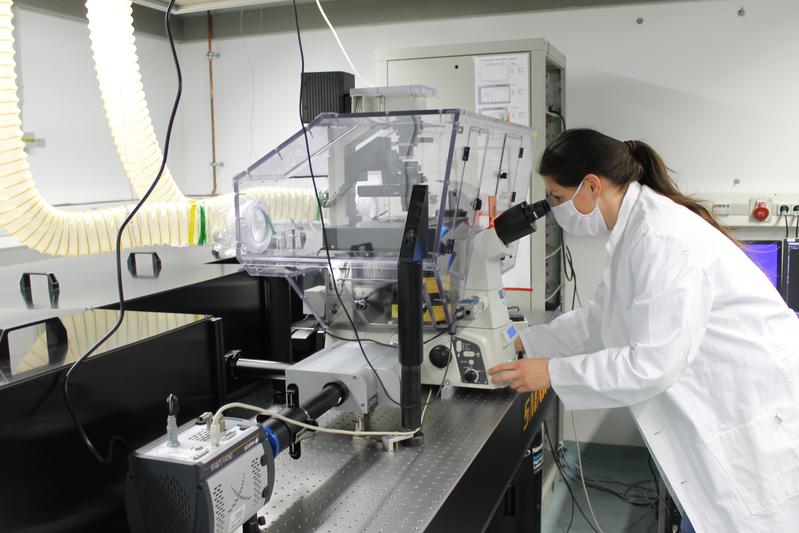 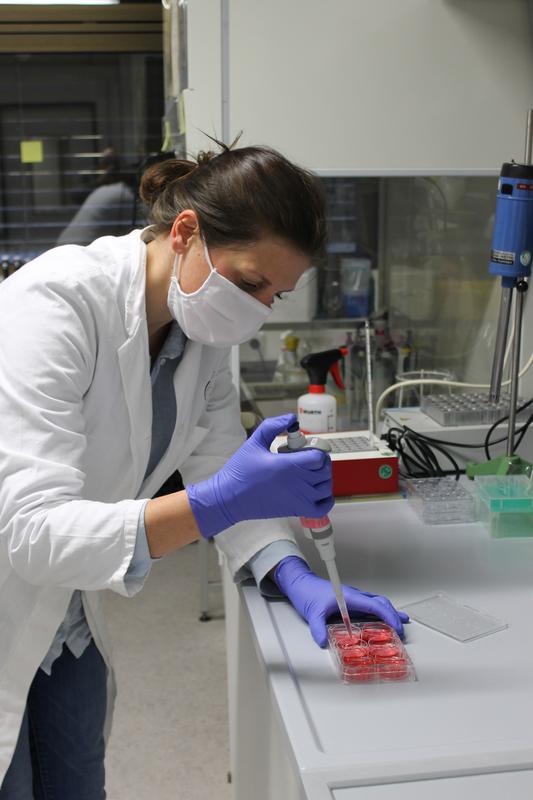 The environment is polluted by microplastics worldwide. The tiny particles enter food chains, and thereby the digestive systems of animals and humans; moreover, they can be inhaled. Instead of being excreted, small microplastics can be incorporated into the body tissue. A research team at the University of Bayreuth has now discovered that microplastic particles find their way into living cells more easily if they were exposed to natural aquatic environments, i.e. fresh water and seawater. Biomolecules occurring in the water are deposited on the microplastic surfaces, which promote the internalization of the particles into cells. The researchers present their results in "Science Advances".

"Spectroscopic examinations indicate that these biomolecules are carbohydrates, amino acids, nucleic acids, and proteins. We are talking about an 'eco-corona' that forms on the microplastic particles in a natural environment," explains Anja Ramsperger M.Sc., first author of the new study and PhD student at the Department of Animal Ecology I and in the Biological Physics group.

The research team has now examined the microplastic particles coated with biomolecules to see how they interact with living cells. For this purpose, cells from an established mouse cell line were used. In order to distinguish whether the particles are actually internalized or only adhere to the exterior of the cells, important components of the cell interior, the actin filaments, were stained. On the resulting microscopic images, the internalized particles could be recognised as "dark holes". "The fluorescent labeling of the actin filaments enabled us to see exactly which particles were internalized by the cells. Based on spectroscopic methods, we verified that these particles were indeed microplastics – or more precisely: polystyrene particles – and not accidental impurities," says Prof. Dr. Holger Kress, Professor of Biological Physics at the University of Bayreuth. The control group in this experiment consisted of microplastic particles that had been incubated in ultra pure water and were therefore not coated with an eco-corona. It turned out that these untreated microplastic particles were only occasionally internalized by the cells.

"Our study supports the assumption that microplastics which were exposed to the natural environment – and are therefore coated with biomolecules – not only pass through the digestive tract when ingested with food, but may also be incorporated into tissue. The coating of biomolecules may act as a kind of Trojan horse that allows plastics to be internalized into living cells. The precise damage that the particles can cause here has not yet been sufficiently investigated. It is also still largely unclear which of the properties of microplastics are actually responsible for any negative effects. These questions represent a central topic for the 'Microplastics’ Collaborative Research Centre in Bayreuth. Finding precise answers to these questions is important in order to be able to develop new materials and solutions in this area in the future," says Prof. Dr. Christian Laforsch, spokesperson of the DFG-funded "Microplastics” Collaborative Research Centre at the University of Bayreuth, and Chair of Animal Ecology I.

"The interdisciplinary network in the 'Microplastics’ Collaborative Research Centre enables us to examine the complex questions that this topic poses with the necessary diversity of research approaches and perspectives. The need for an interdisciplinary approach is evident in the study now published. Scientists from various scientific disciplines at the University of Bayreuth have contributed to it – from animal ecology, to polymer chemistry, to biological physics," says Laforsch.

The research work involved in the new study was funded by the German Research Foundation (DFG), the Elite Network of Bavaria, and the German Academic Scholarship Foundation.