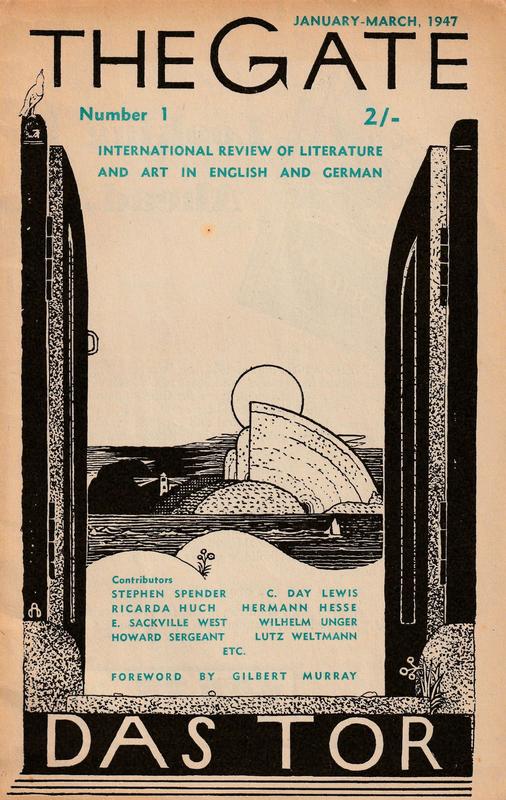 The question of how literary and cultural magazines responded to the turbulent post-war years – for example by providing intellectuals of the time with a platform to present their visions for Europe, by forging transnational networks, or by actively demonstrating commitment to an internationalization of culture – has received only limited research attention to date. A joint Anglo-German research project will be looking into this topic over the next three years. The "Spaces of Translation: European Magazine Cultures, c. 1945 – 1965" project is headed by Professor Andrew Thacker of Nottingham Trent University and Professor Alison E. Martin of the Faculty of Translation Studies, Linguistics, and Cultural Studies at Johannes Gutenberg University Mainz (JGU). It has been awarded a grant of approximately EUR 340,000 from the British Arts and Humanities Research Council (AHRC) and the German Research Foundation (DFG).

The cooperation partners will be examining a selection of literary and cultural magazines published in English-, French-, and German-speaking countries. The researchers will investigate their use of translated literary and political texts to construct notions of European identity from the end of the Second World War to the mid-1960s. This period saw rapid decolonization, the Americanization of European culture, the rise of anti-militarism, and the strategic and ideological conflicts instigated by the Cold War – all of which stimulated an ongoing reassessment of what the European idea stood for and whether or how it might be achieved.

Based on the idea of magazines as "European spaces", the project sets out to analyze how periodical culture in Great Britain, France, and Germany employed translation to reconfigure a vision of Europe after the catastrophic events of the Second World War. The main focus will be on the practice of translation as carried out in the selected magazines: What is the significance of the translation of works of poetry, fiction, criticism, and non-fiction? To what extent do translated texts act as creative forces for forging new European identities? Does the crossing of linguistic barriers create alliances across national borders, and, conversely, is the practice of non-translation to be seen as an assertion of national languages and identities? Do bilingual magazines in this period – such as Two Cities, Adam, The Gate/Das Tor – bring diverse national literatures together or rather do they mark their continued divergence?

"We are looking forward to starting this project together with our partners in the UK in spring 2021," said Professor Alison Martin, who is responsible for the research project at the Department of British, North American, and Anglophone Studies of JGU's Faculty of Translation Studies, Linguistics, and Cultural Studies at Germersheim. "We will be organizing various events, including workshops, an international conference, and a public exhibition, which will be hosted in the Germersheim Tourism, Cultural, and Visitor Center in summer 2022." Plans are also underway to make the translated material from the reviewed magazines available online and to publish a book with essays on the project together with the Nottingham team.

The Arts and Humanities Research Council and the German Research Foundation jointly support various projects in the fields of the humanities and social sciences as well as the arts. They thus bring together academics from the UK and Germany to pursue outstanding joint research projects.