Solar technology with the beauty of butterfly wings 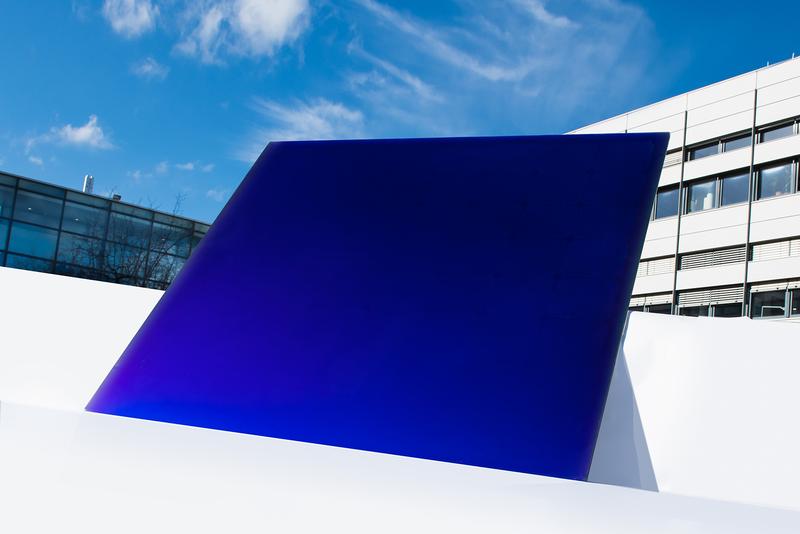 Photovoltaic and solar thermal systems are not always considered aesthetically enhancing to a building. The coloured modules, however, being developed at the Fraunhofer ISE are refreshingly challenging this perspective. Inspired by the phenomen that causes the shimmerings shades of blue or green of the wings of the morpho butterfly, the underlying mechanism of spectrally selective reflectance allows the finished modules to be a homogenously uniform colour. Whether you want gorgeous bright tones or more subdued greys it is possible to design the solar module colour to enhance or blend with the building to which the module will be mounted.

Generating electricity from the sun via photovoltaic systems is a matter of course today. Solar photovoltaics has become a low-cost renewable energy technology. The appearance of rooftop solar panels has also evolved with advances in technology, and modern solar panels have a sleek design to maximize kerb appeal. Solar panels are made by stringing together many (60+) solar cells sandwiched between a glass front sheet and a laminate polymer backsheet. As there are gaps between the solar cells, you can still see a portion of the backsheet from the front. The colour of backsheet is traditionally white which sticks out against the dark solar cells. Solar panel design can vary based on the make and model. In addition to the cell type of the panel, the backsheet, the frame and presence of „bus-bars“, can affect the final aesthetics of installed panels. Busbars are thin strips that are soldered on solar cells to collect the electricity that is generated by the cells.

Solar modules can be integrated almost invisibly into facades and roofs

Despite this improvement the „look“ of photovoltaic modules is still not a popular design feature among building owners and architects. Particularly when it comes to facades, which are visually more prominent than roofs. But it is important to utilise facades for solar modules if we are to fill the criterion of the German „energy transition“ which estimates a further 2500 square kilometers of additional photovoltaic systems are required.

Researchers from the Fraunhofer Institute for Solar Energy Systems ISE in Freiburg have therefore developed visually appealing, colourful modules. The colourful components can be manufactured in the desired colour and integrated almost invisibly into facades or roofs. They can even give the finishing touch to modern buildings with a ventilated curtain-wall facade. “The brainwave behind this development was not to colour the protective glass on modules with pigments, but to imitate the physical effect of butterfly wings,” says Dr. Thomas Kroyer, head of the coating technologies and systems group. If glass was coated with pigments, the modules would lose a greater portion of their efficiency because the light could no longer penetrate unhindered.

Inspired by the blue morpho butterfly

The bright iridescent wing of the morpho butterfly is different. These insects, which are native to the tropical rain forest in Central and South America, create the impression of colour thanks to an optical effect rather than pigments. The wings of this butterfly have an extremely fine surface texture that reflects a narrow range of specific wavelengths, which is to say a certain colour. The Fraunhofer ISE experts apply a similar surface texture and coating to the back of the protective glass on photovoltaic modules using vacuum technology. Depending on the tailoring of the coating, cover glass can be made in say a crisp blue, green, or red. “Around 93 percent of light can penetrate this layer, with only around 7 percent being reflected to cause the colour effect,” explains Thomas Kroyer. The Fraunhofer Research Institute based in Freiburg named its technology MorphoColour after the bright blue morpho butterfly.

Colour alone does not make for a visually appealing design. The Fraunhofer researchers found another solution to make photovoltaic systems more attractive: to prevent soldered photovoltaic cells from shimmering through the coloured protective glass, they developed an assembly method that evokes the effect of roof shingles. Roof shingles are laid on top of each other so that the rain runs off. In a similar fashion, the solar technology researchers in Freiburg are now producing photovoltaic cells in strips that overlap by a few millimeters, gluing them together to form a larger module. This creates a homogeneous overall look without unsightly gaps or visible connecting cables. “You can look at our photovoltaic shingles with MorphoColour coating from different angles and still the uniform appearance remains the same.”

The shingled modules will be exhibited at the BAU trade fair, which is taking place online from January 13 to 15, 2021. Also on display is a solar thermal collector with MorphoColour coating. The MorphoColour coated protective glass, produced using vacuum technology, can be laminated to form photovoltaic modules or indeed used in a collector for solar heat generation. There is a real benefit here because both products can be supplied from a single production line – an advantage that should also appeal to end users. In the future, it will be possible to have photovoltaic and solar thermal modules in the same colour, mounted almost invisibly next to each other on the roof or on the facade. When the colour is matched to the rest of the building, the result is an exterior wall with a perfectly uniform finish and a facade that supplies electricity as well as heat. In that sense, future homes can be aesthetically pleasing plus-energy houses, supplying more energy than they consume.