To Jacobs University Bremen with the Federal Chancellor Fellowship 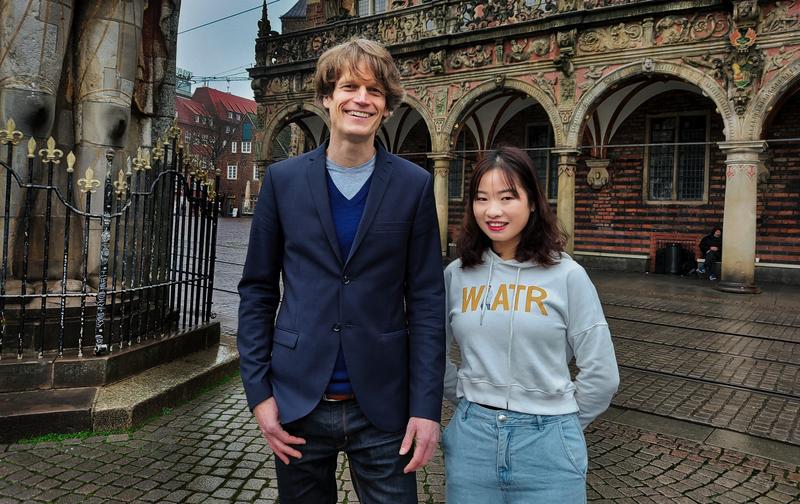 It is awarded to future leaders from China, India, Russia, the United States and Brazil, to ten people per year and country: with the Alexander von Humboldt Foundation's Chancellor Fellowship, doctoral student Xiaowei Liao is conducting research at Jacobs University Bremen. Sven Voelpel, Professor of Business Administration at the English-speaking university, is supporting her research.

“Financial literacy”, in particular the financial competence of Generation Y, born between 1980 and 1995, is the central research topic of the doctoral student from Changsha University of Science and Technology in Hunan. The 28-year-old will also work on a comparative study of financial aid for students in China and Germany. “I would like to identify ways to improve the support for Chinese students for example," she explained.

Xiaowei Liao chose Jacobs University, amongst other reasons, because of its internationality and because of Professor Voelpel, her supervisor. "He maintains close contacts with Chinese universities, we share an interest in the topic of financial literacy, and Professor Voelpel helped me a lot with my application," she said. The scientist supports the research project, for example by providing access to data and to his network. "The exchange with Xiaowei Liao is inspiring and fun," added Professor Voelpel, who is mentoring a German Chancellor Fellowship holder for the first time.

Within the framework of joint program events, the fellowship holders can familiarize themselves intensively with the current social, political, cultural, economic and historical conditions in Germany. The fact that Germany is governed by a female chancellor and that a woman heads the Federal Ministry of Education and Research is exemplary for Xiaowei Liao: "That encourages me a lot. I dream of being a female leader like her."

Studying in an international community. Obtaining a qualification to work on responsible tasks in a digitized and globalized society. Learning, researching and teaching across academic disciplines and countries. Strengthening people and markets with innovative solutions and advanced training programs. This is what Jacobs University Bremen stands for. Established as a private, English-medium campus university in Germany in 2001, it is continuously achieving top results in national and international university rankings. Its more than 1,500 students come from more than 110 countries with around 80% having relocated to Germany for their studies. Jacobs University’s research projects are funded by the German Research Foundation or the EU Research and Innovation program as well as by globally leading companies.
For more information: www.jacobs-university.de
Facebook | Youtube | Twitter | Instagram | Weibo