Cannibal worms spare their own brood 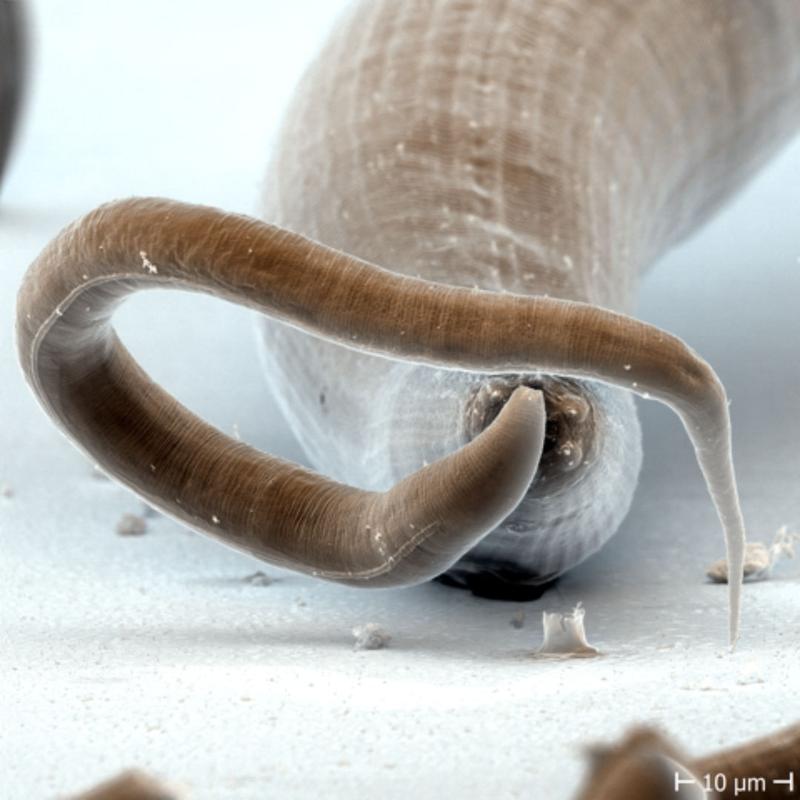 Bonn, January 21st, 2021. Cannibalism is a brutal behavior that occurs in nature regularly. The nematode Pristionchus pacificus devours whatever gets in front of its teeth. This includes other nematodes, and even members of its own species.

Neurobiologist Dr. James Lightfoot is fascinated by these animals, which are only about 1 mm in size. In his experiments with the predatory worms, he made a surprising discovery. Although P. pacificus is not choosy when it comes to its prey, the predator spares its own offspring. How does such a simple organism, whose whole nervous system has only about 300 neurons, manage the complex task of distinguishing its own descendants from other worms?

The phenomenon of biological self-recognition has fascinated scientists for decades. It is ubiquitous in nature, and involved in a wide variety of different processes. The spectrum is broad: Self-recognition controls competitive and cooperative behavior in animals, but is also found in the most basic processes including the immune response in vertebrates. Self-recognition systems are also thought to have been essential to evolution, as single-celled organisms became multicellular organisms.
The self-recognition system of P. pacificus has not been observed in any other nematode to date. Using molecular, genetic and neurobiological tools, Dr. Lightfoot and his team will investigate the self-recognition system from the genetic to the behavioral level. Their advantage: nematodes are ideally suited as model organisms for neurobiological research due to their low anatomical complexity.

Dr. Lightfoot is excited to commence his work: "At caesar, I am looking forward to the extraordinary neurobiological expertise of my colleagues and the excellent facilities available. We can make good use of both for research into the self-recognition system."

About research center caesar
The center of advanced european studies and research (caesar) is one of more than 80 institutes of the Max Planck Society, an independent, non-profit organization in Germany. It is part of a cluster for neurosciences in the Bonn-Cologne region and has multiple ties with the University of Bonn and University of Cologne. caesar is a neuroethology institute that studies how the collective activity of the vast numbers of interconnected neurons in the brain gives rise to the plethora of animal behaviors.