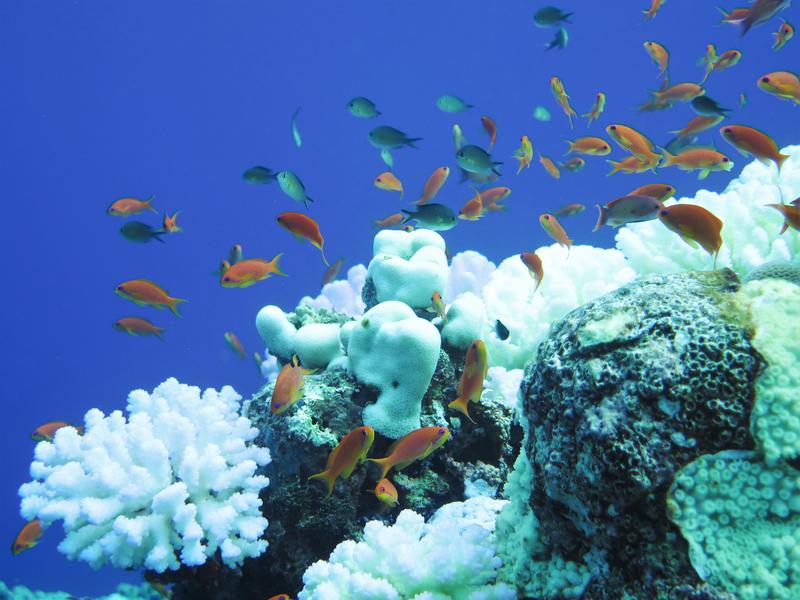 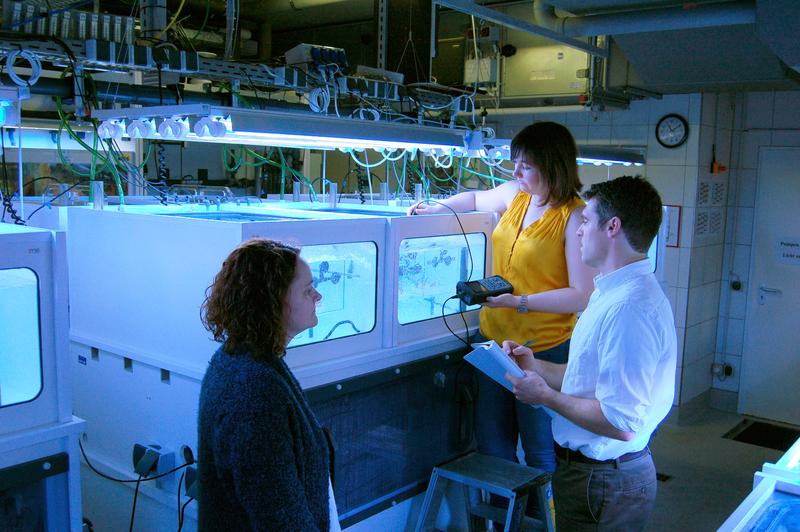 A new study in the prestigious journal Science Advances shows that stress from rising water temperatures reduces ability of corals to adapt to ocean acidification.

About a quarter of the carbon emissions driving global warming are absorbed by the oceans, leading to lower pH values in the water and making it more acidic. Global warming is also causing water temperature in the oceans to rise, which leads to the bleaching of coral reefs worldwide. Now, a new study reveals that increased CO2 levels in the water and ocean warming can interact to threaten reef-building corals.

The international team of authors, led by the University of California, included Professor Hildegard Westphal and Dr. Claire Reymond from the Leibniz Centre for Tropical Marine Research (ZMT), as well as Professor Justin Ries, a former fellow of the Hanse-Wissenschaftskolleg and visiting scientist at the ZMT. Furthermore, researchers from the Alfred Wegener Institute, Helmholtz Centre for Polar and Marine Research (AWI) in Bremerhaven and the Max Planck Institute for Marine Microbiology in Bremen were involved in the study.

Acidification and warming are a one-two punch that affects corals' ability to form and grow calcium carbonate skeletons. The new study shows how these two factors interact to harm corals more than the sum of their effects would suggest.

The work, published in Science Advances, examined two coral species: the cauliflower coral (Pocillopora damicornis) and the hood coral (Stylophora pistillata), which live primarily in the tropical waters of the Indian and Pacific oceans. The series of experiments which took place at ZMT's seawater aquaria showed: when exposed to a temperature of 28 degrees Celsius both species were able to cope with higher concentrations of carbon dioxide and correspondingly higher acidity in the water. This temperature is within the optimal range for coral growth. With more carbon dioxide in the water, the corals grew even faster.

At 31 degrees Celsius, however, neither species showed significant growth at the pH levels tested by the researchers. For the cauliflower coral in particular the combined effect had a negative impact. The rising temperatures appeared to affect this coral's ability to regulate its internal acidity making it more vulnerable to the effects of ocean acidification.

"The interaction of stress factors is moving much more into focus of research," says Professor Hildegard Westphal of ZMT. "With our study, we were able to show that temperature stress weakens the coral's ability to cope with elevated CO2 concentrations."

Reef researchers expect ocean heat waves to intensify in the coming decades, leading to extensive bleaching events. Coral reefs could suffer additional massive damage from the combined effect with increased CO2 levels. However, corals have also shown the ability to adapt to changing conditions to some extent. But this adaptation may come too late to save the world's major reef systems. Therefore, there is an urgent need to understand the interactions among stressors. Only then can ways be found to successfully protect corals.