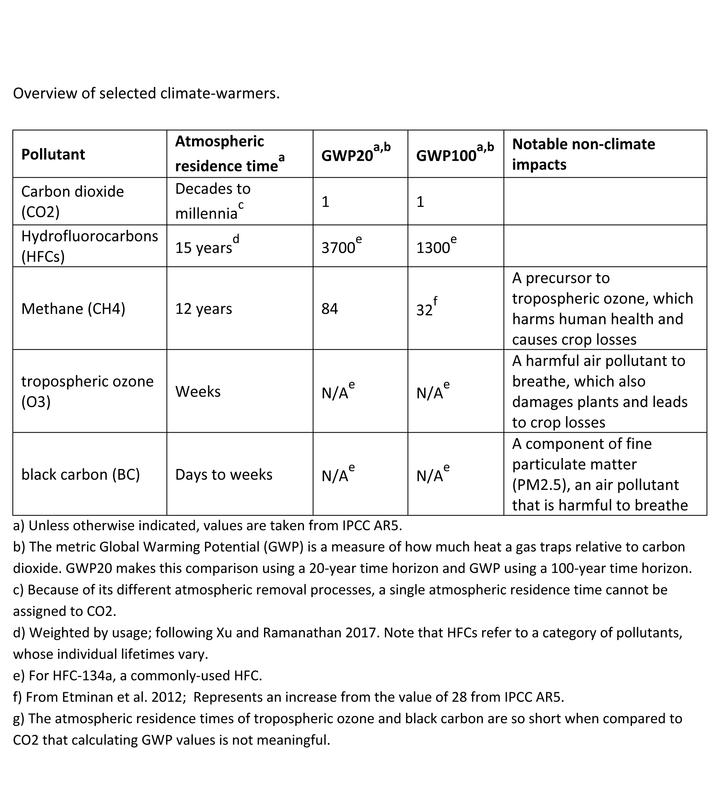 Climate change mitigation is about more than just CO2. So-called “short-lived climate-forcing pollutants” such as soot, methane, and tropospheric ozone all have harmful effects. Climate policy should be guided by a clearer understanding of their differentiated impacts.

It is common practice in climate policy to bundle the climate warming pollutants together and express their total effects in terms of “CO2 equivalence”. This ‘equivalence’ is based on a comparison of climate effects on a 100-year timescale. This approach is problematic, as IASS scientist Kathleen Mar explains in a new research paper: “The fact is that climate forcers simply aren’t ‘equivalent’ – their effects on climate and ecosystems are distinct. Short-lived climate forcers have the largest impact on near-term climate whereas CO2 has the largest impact on long-term climate.” The use of a 100-year time horizon as the primary basis for evaluating climate effects understates the impacts of short-lived climate-forcing pollutants (SLCPs) and thus undervalues the positive near-term effects that can be achieved by reducing SLCP emissions.

One of the more pernicious qualities of CO2 is that it accumulates in the atmosphere – once it is emitted, it takes a long time for it to be removed. SLCPs, on the other hand, remain in the atmosphere for significantly shorter periods. The atmosphere and climate system react much more quickly to reductions in the emission of these pollutants. This should be a boon for policymakers, Mar argues: “Reducing SLCP emissions would slow near-term climate warming, reduce air pollution, and improve crop yields – all positive benefits that citizens could experience today and in the near future.” Studies indicate that a rapid reduction in SLCP emissions could slow the rate of climate change, reducing the risk of triggering dangerous and potentially irreversible climate tipping points and allowing more time for climate adaptation.

Measures to reduce SLCP emissions could be implemented using existing technologies and practices, such as the collection of landfill gas to generate energy. Changes in other sectors will be needed to achieve further reductions. Methane and soot emissions from the agriculture and waste management sectors, for example, have important climate as well as health impacts. Similarly, hydrofluorocarbons (HFCs), which are significantly more potent climate forcers than CO2, are still widely used as coolants.

Mar argues that clear communication on the different time horizons relevant for CO2 and SLCP mitigation would help guide climate policy discussions towards more effective outcomes: “To mitigate the most harmful consequences of climate change as a whole, we need to minimize both near-term and long-term climate impacts – and that means reducing SLCPs in parallel to CO2. However, the positive benefits of SLCP mitigation are simply not captured when using the 100-year time horizon as the single benchmark for assessing climate impacts.”

Recognizing the broader benefits of SLCP reductions, several countries have stepped up and made SLCP mitigation a central element of their national climate strategies. Chile, Mexico, and Nigeria all include SLCPs in their national commitments under the Paris Agreement. If this type of holistic approach can be expanded and translated into on-the-ground emissions reductions at a global scale, then it will certainly be a win, not only for climate, but for air quality, health, and sustainable development.