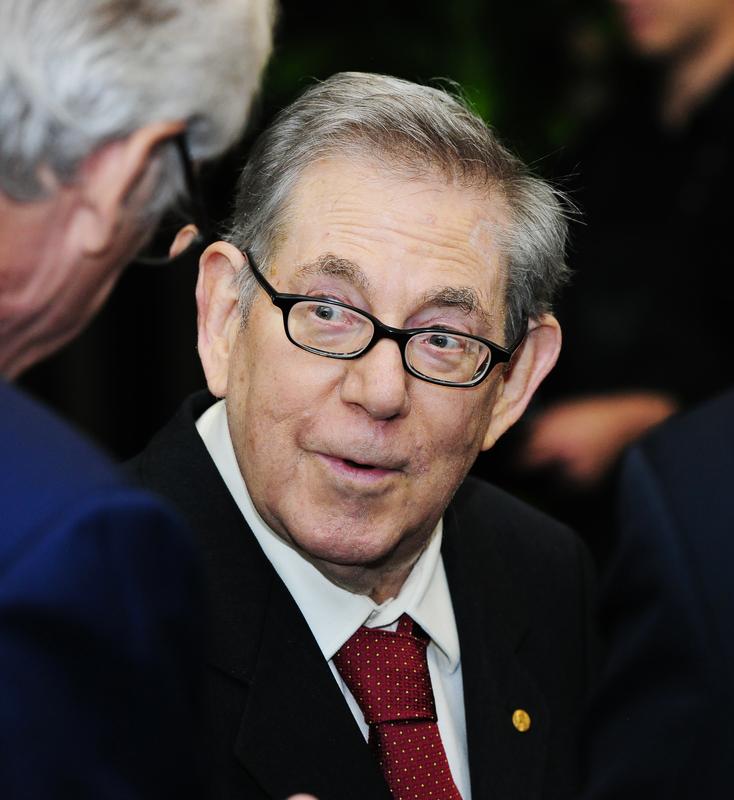 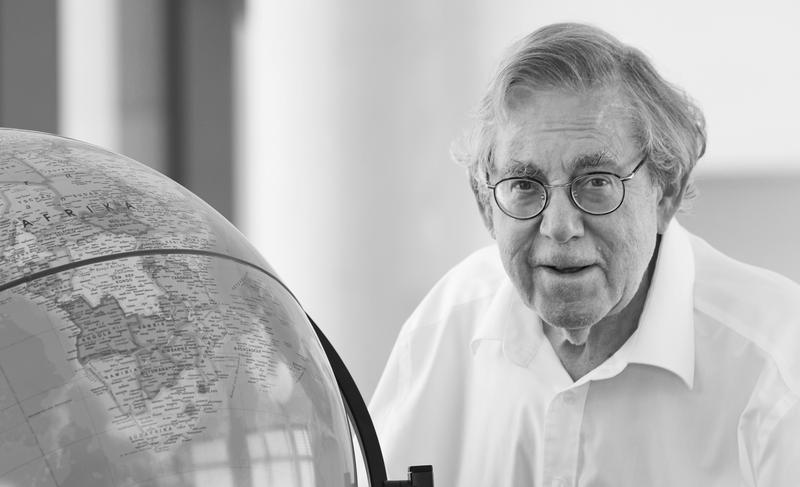 Professor Paul J. Crutzen died on 28 January 2021, at the age of 87 years. The Dutchman was Director of the Atmospheric Chemistry Department at the Max Planck Institute for Chemistry in Mainz, Germany, from 1980 to 2000. Together with Mario J. Molina and F. Sherwood Rowland he received the 1995 Nobel Prize for Chemistry for identifying how nitrogen oxides erode the Earth’s ozone layer and discovering chemical processes that cause the ozone hole.

"Paul Crutzen was a pioneer in many ways," says Martin Stratmann, President of the Max Planck Society. "He was the first to show how human activities damage the ozone layer. This knowledge about the causes of ozone depletion was the basis for the worldwide ban on ozone-depleting substances - a hitherto unique example of how Nobel Prize-winning basic research can directly lead to a global political decision.”

MPG-President Stratmann adds: “Paul J. Crutzen was also a pioneer of the sciences focusing on the impact of human civilization on the environment, whether through his findings on the destruction of the ozone layer or through his later scientific work on human-made climate change. Moreover, I was fortunate to have the opportunity to get to know him personally, not only as a brilliant scientist, but also as an open, patient, and kind human being. I am greatly saddened by his loss, both personally and on behalf of the Max Planck Society - with Paul J. Crutzen, science has lost a true role model."

The impact of humans on the atmosphere, the climate, and the earth system

“I am deeply saddened by the death of Paul. His limitless scientific curiosity, creative ideas and his charismatic personality left their mark not only on me and our institution but on ma,ny generations of scientists”, says Jos Lelieveld, managing director of the Max Planck Institute for Chemistry. “Paul continued his scientific activities for many years after retiring from the post, well into advanced age. We have lost a dear friend and will all feel his loss dearly. Our thoughts are with his wife, children, and grandchildren.”

Crutzen’s scientific work focused on the impact of humans on the atmosphere, climate and Earth system. In addition to his research on atmospheric chemistry and the ozone hole, he also examined the potential consequences of a global nuclear war. In the early 1980s, together with his student John Birks, he discovered that a darkening of the Earth’s atmosphere from the fires ignited by nuclear war could lead to a “nuclear winter” resulting in a dramatic decline of the Earth’s habitability. His findings were essential contributions to the global efforts and achievements in nuclear disarmament.

Paul Crutzen coined the term Anthropocene, which he used to describe the current era in which human activity is shaping our planet through the profound influence on global atmospheric, biological, and geological processes. He commented on the scientific and social debates that followed his proposal on the concept of the Anthropocene: "I see the debate as an opportunity to achieve the ecological reorientation that is urgently needed."

Paul Crutzen's work will continue to guide science and society

“Paul and his great scientific work will continue to guide scientific and societal progress and serve as a unique source of inspiration: for his students, his colleagues and co-workers, as well as the global community”, praises Prof. Ulrich Pöschl, deputy managing director of the Max Planck Institute for Chemistry.

With Paul Crutzen´s death, science has lost a brilliant researcher, a leading scholar and a warning voice at a time when human interference with the environment has become increasingly evident, both locally and globally. In the past few years, he grew increasingly concerned about the timely societal recognition of the extent and severity of climate change. Crutzen was a dedicated mediator between science, politics, and society.

Together with his colleague and friend Ram Ramanathan, he warned early on that “drastic measures are needed at the international level to reduce the concentrations of greenhouse gases, in particular of CO2, through energy savings, renewable energy sources, and sequestration of CO2.”

Sincere concern about man-made climate change led Paul Crutzen to pose the question of whether geoengineering – the deliberate manipulation of the Earth's climate by scientific and technological methods – might be a viable last resort to counteract global warming. His deliberations on the introduction of sulfur particles into the upper layers of the atmosphere triggered intense debates within both scientific and political circles. Crutzen aimed at intensifying research in this area and provide the world with options for responding to a climate change emergency.

Paul Crutzen discussed the extent to which mankind exploits the natural resources of planet Earth in numerous publications and public lectures. He typically ended presentations with a picture of himself and his grandson calling on the audience to preserve the Earth for future generations.

Biographical information
Paul Crutzen did not start as an atmospheric scientist. His initial career was in civil engineering and from there he moved on to become a computer programmer at the Department of Meteorology at Stockholm University in Sweden. He was fascinated by this field of science and he studied it whilst continuing in his job, and acquiring a PhD in meteorology with distinction in 1968. Paul Crutzen and his long-time colleague and friend Henning Rodhe both studied with Bert Bolin, later involved in establishing the Intergovernmental Panel on Climate Change of the United Nations.

After the period in Stockholm, Crutzen taught and did research at various institutions, among them the University of Oxford, the National Center for Atmospheric Research (NCAR) in Boulder, CO, Colorado State University, the University of Chicago, and the University of California. In 1980, he became Director of the Atmospheric Chemistry Department at the Max Planck Institute for Chemistry in Mainz, Germany. He continued his scientific activities for many years after formal retirement in 2000, up to recent years.

Paul Crutzen published over 360 peer-reviewed scientific journal articles, another 135 scientific publications in research journals, and 15 books. He was one of the most highly cited scientists in the world, was bestowed numerous awards and honors and was a member of many scientific academies, such as council member of the Pontifical Academy of Sciences, and an honorary member of the German National Academy of Natural Sciences Leopoldina.

Paul Crutzen is survived by his wife Terttu, his daughters Ilona and Sylvia, and three grandchildren.