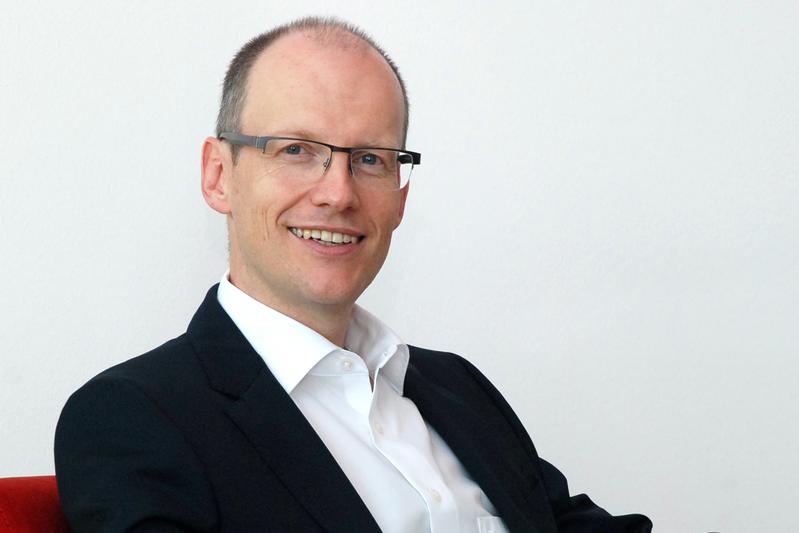 Professor Ralf H. Adams, Director at the Max Planck Institute for Molecular Biomedicine in Münster, receives the Feldberg Prize 2021, which is awarded annually by the Feldberg Foundation for Anglo-German Scientific Exchange to one researcher in Germany and one in the United Kingdom. The purpose of the Foundation and the prize is the promotion of scientific contact between German and English scientists within the sphere of experimental medical research.

"It is a great honor for me to receive this prize," Ralf Adams is pleased to say. The director at the Max Planck Institute for Molecular Biomedicine has close scientific ties to the United Kingdom: For almost eight years, he worked at the London Research Institute of the charity organization Cancer Research UK in London.

"The time in London was very impressive and formative for me," says Ralf Adams. "Especially after the completed Brexit, it is of great concern to me to keep up the good relations and scientific interactions. Research thrives on international exchange and the UK will continue to be an important scientific driving force in many research fields. It would be fatal if the European research landscape were divided by the Brexit."

The work of the Feldberg Foundation therefore seems more important than ever – and Ralf Adams virtually predestined as the German prize winner. The foundation's panel of British and German scientists and two trustees of the foundation unanimously selected him as this year's German laureate.

"I am very happy to fulfill the obligation, which is part of the foundation's purpose, for the prize winners to each give a prize lecture in the other country," says Ralf Adams. Adding, "As soon as the Corona pandemic containment measures allow for it."

Ralf Adams is an elected member of the European Molecular Biology Organisation since 2014. He has received the Otto Hahn Medal of the Max Planck Society, the Werner Risau Memorial Award, and the Malpighi Award of the European Society for Microcirculation.

Ralf Adams' main research interests are vascular biology, the regulation of blood vessel growth, the organ-specific specialization of vascular cells, and the crosstalk between the vasculature and other cell types in the surrounding tissue. A key discovery by his team is the identification specialized vessel subpopulations in bone with critical functional roles in skeletal development, bone homeostasis, age-related bone loss, and osteoporosis. His research uses advanced mouse genetics and confocal/two-photon microscopy together with a range of cell biology approaches.

Ralf Adams received his PhD with distinction in 1996 from the Johann Wolfgang Goethe University in Frankfurt for his studies on axon guidance molecules, which were done under the supervision of Heinrich Betz at the Max Planck Institute for Brain Research. After a successful period of postdoctoral research in the group of Rüdiger Klein at the European Molecular Biology Laboratory (EMBL) in Heidelberg, he moved to London in 2000 and established his independent laboratory at the Cancer Research UK London Research Institute. In 2007, he became director at the Max Planck Institute for Molecular Biomedicine and extraordinary professor at the Medical Faculty of the University of Münster, Germany.