Meckel Collections now accessible to researchers through an online database 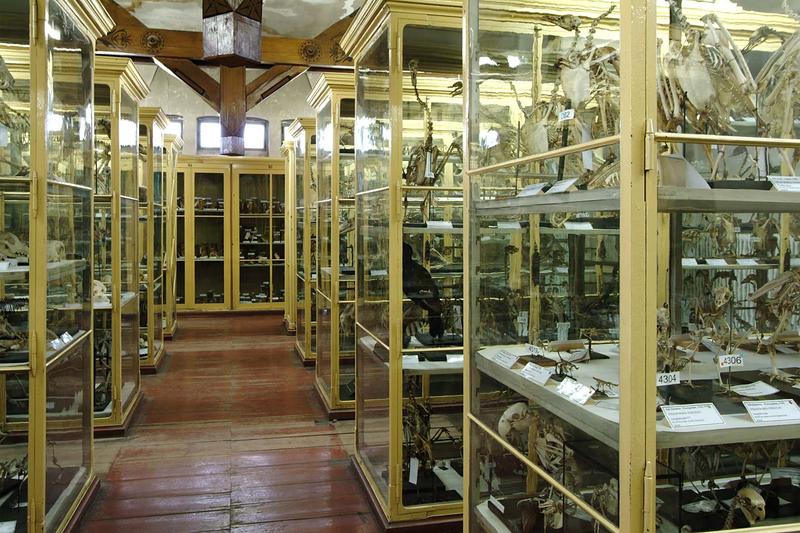 An online database has been created for the Meckel Collections in cooperation with the IT Service Center (ITZ) at Martin Luther University Halle-Wittenberg. The collections are housed at the Institute of Anatomy and Cell Biology in the Faculty of Medicine and contain around 8,000 medical and zoological specimens. Some of the items date back to the 18th century and are unique and extremely valuable from a medical and historical perspective.

“For the first time, all of the information about an item is now available in one place, including photos of the item, the specimen number and date, historical catalog numbers and labels, as well as information on the preparator, provenance, description of the item and literature refer-ences,” explains the institute’s director, Professor Heike Kielstein. The online database is password-protected and intended to be used by researchers.

The database serves as a way to record the inventory and condition of the specimens as well as to safeguard them. There is also graphical documentation of the specimens, some of which was created during the Meckel era. It can be sorted by research aspect and thus enables in-depth scientific research. Claudia Steinicke, research assistant at the Institute of Anatomy and Cell Biology, has already entered 7,090 specimens into the database. In the process, three specimens from the Wilhelm Roux Collection for Development Mechanics were rediscovered in the inventory and assigned to that collection. Furthermore, research in the historical institute catalogs has resulted in the chronological classification of 16 previously undated specimens and the assignment of a preparator to five specimens. “As you are entering the data, you are inevitably engaging with the historical background of the specimens. You come across some interesting stories during this incredibly exciting work,” says Steinicke.

Some specimens have lain dormant in the display cases, somewhat secluded and without any handed-down information. These “new discoveries” include two specimens of a well-known hermaphrodite who went on regular paid tours in the 19th century, appearing before various European experts for gender assessment. A booklet is planned on these and other specimens with special histories which were discovered during the research work.

“An inventory has also been taken of the 276 wax models at the institute made by the well-known company Ziegler. Between 1852 and 1918, this company was the world’s most com-mercially successful producer of evolutionary wax models and achieved international renown by participating in world exhibitions, such as the ones in Paris in 1867, Vienna in 1873 and Chicago in 1893,” explains Kielstein. The wax models are currently being photographed and these photos will also appear in the database.

Even today, the Meckel Collections, which have been designated a “valuable cultural asset” in Germany since 2015, serve as a source of information for researchers from a range of disci-plines. For example, Claudia Steinicke responds to research inquiries from the Centre for Heritage & Museum Studies in Canberra (Australia), from whale researchers in Denmark, from the University of Art and Design Linz or from the Klassik Stiftung Weimar (Classical Foundation Weimar).