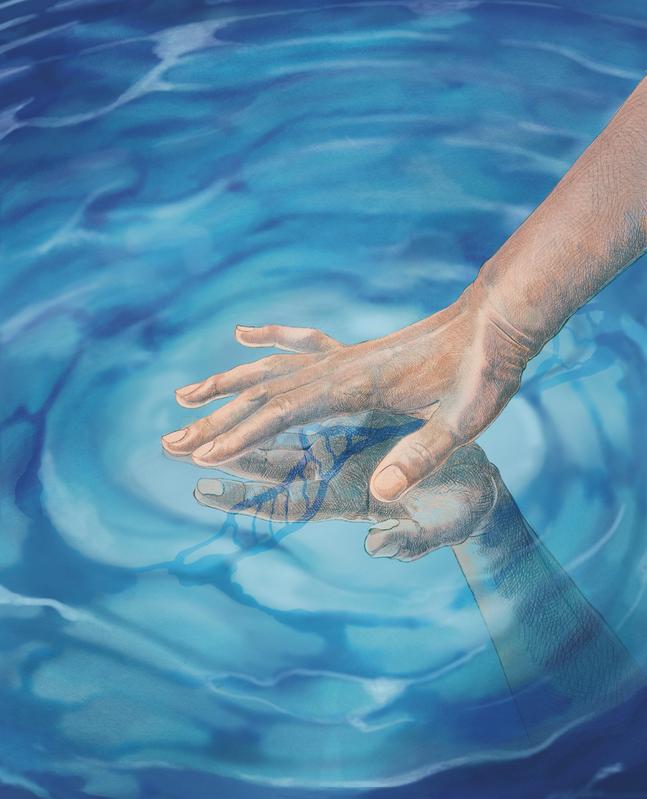 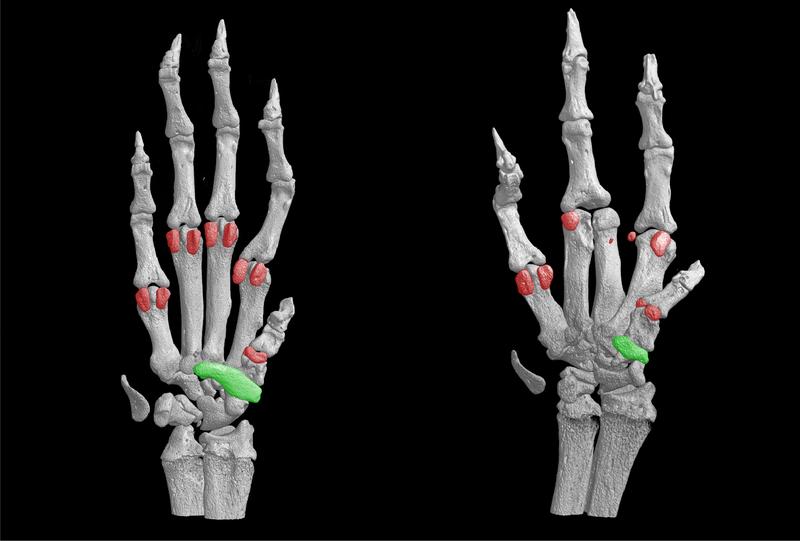 An international team of researchers discovered a rare genetic disease characterized by severe malformations of the limbs. As the scientists describe in the journal Nature, the condition is caused by a newly identified epigenetic mechanism involving sequences of the genome with previously unknown function. This process could also explain the cause of other congenital diseases.

When the human genome was sequenced 20 years ago, it was almost disappointing to realize that only 20,000 protein-coding genes could be identified. Furthermore, these genes occupy less than two percent of the entire genome raising the question about the function of the other, non-coding part. In fact, scientists once thought the non-coding DNA between genes was “junk”, with no known purpose. However, as has been discovered in the meantime, cells use the information “between the lines of the genome” to control which genes become active at what time and at which place.

An international team of researchers in Berlin, Germany in collaboration with human geneticists from Lausanne, Switzerland discovered a new mechanism causing a rare genetic disease that involves such non-coding DNA sequences. As the scientists report in the journal Nature, the transcription of a non-coding DNA segment that is located in the vicinity of the developmental gene engrailed-1 (En1) is an essential factor for the activation of the gene. The En1 gene is known for its major control functions, being responsible for the development of the limbs, the brain, the sternum, and ribs. In their study, the scientists show how the process of En1 activation is controlled specifically in the limbs and how its disruption causes so far undescribed severe congenital limb malformations.

A paradigm for rare diseases

“I expect that there are more congenital diseases with a similar cause that just evaded our attention,” says Stefan Mundlos, head of a research group at the Max Planck Institute for Molecular Genetics (MPIMG) in Berlin and Director of the Institute for Medical Genetics and Human Genetics at Charité – Universitätsmedizin Berlin. “More than half of genetic diseases still remain unexplained, so there is great potential in exploring this further.”

The three patients included in this study show a striking type of malformation. Their knees are not oriented to the front, some fingers are fused together, and nails grow from the other side of the digits, for example. “It appears that during the development of the limbs, the distinction between the ventral and dorsal – i.e. the palm and back side – of the extremities has been lost,” says Mundlos.

Clinical researchers from Brazil and India first identified the patients and sent their DNA samples to the team of Andrea Superti-Furga at the University of Lausanne for genetic testing. There, the team of human geneticists discovered that a similar piece of non-coding DNA was missing in all three patients. To explore this further, they teamed up with Mundlos’ lab in Berlin.

At the MPIMG, scientist Lila Allou took on the search for the molecular cause of the disease. “When we started, we just knew that the three patients had a similar small piece of DNA missing,” she says. “But this sequence was in a large gene desert, a region between two genes that we did not know anything about.”

Nevertheless, this small missing piece was the underlying cause for the disorder, as Allou found out with the help of a mouse model. Using CRISPR-Cas technology, the researcher removed the corresponding DNA sequence in the mouse genome. “Mice with this deletion recapitulated the appearance of the disease to a large extent,” says Allou. “The results confirmed that we found the root of the problem.”

Further studies in mouse embryos showed that the genetically modified mice had lost the activity of the nearby gene En1 specifically in the limbs. The En1 gene has been known for its developmental importance for decades and its dysregulation was apparently causing the disease. But the mechanism – how exactly the deletion of the DNA segment resulted in the loss of En1 expression – was still in the dark.

The scientists discovered that an RNA molecule, which they named Maenli (for Master Activator of Engrailed-1 in the Limb), was transcribed from the region that was missing in the patients. This non-coding RNA site turned out to be the key to the puzzle. RNA molecules in most cases serve as messengers for information. They can contain the blueprints for proteins, but in this case, the information was not translated. “These kinds of transcribed snippets arise all over the genome. It is hard to know which ones are important and which ones are not,” says Allou. “Many scientists still regard them as coincidental molecules, but in this case, it was what captured our attention.”

The scientist investigated the function of the non-coding RNA by inactivating its transcription. Mice with an inactivated Maenli site showed the same malformations as those with the deletion, indicating that indeed the missing non-coding transcription was the cause of the disease.

Furthermore, it seemed like having an entire correct RNA molecule was not that important for the activation of the developmental gene En1, but rather its transcriptional activity. After Allou replaced the transcribed snippet with a completely different sequence, the mice were still affected, but to a lesser degree than due to a complete inactivation of Maenli. Thus, a different genetic expression at the site was sufficient to activate the En1 gene – although to a lesser extent than the original sequence.

More surprises in the unknown

How the transcribed snippet activates the En1 gene in detail is subject of ongoing research at Mundlos’ lab. Nevertheless, the implications of the new findings are extensive already: “Our results impact the scientific fields of human genetics, RNA research, development and gene regulation,” says the researcher.

“From a developmental point of view, we identified a new key epigenetic mechanism that decides which cells will give rise to the ventral or palm side of the limbs during development,” Allou adds. “But I believe that this work has a wider impact on patient diagnostics with the potential of solving other puzzles of rare genetic diseases.“

“More than 90 percent of the genetic variants are found in the non-coding part of the genome but it is very difficult to interpret them for diagnostic purposes,” she says. “Our work clearly shows that information that has so far been ignored for the interpretation of genetic variants can be crucial for understanding the molecular cause of diseases.” To help unravel other unsolved cases, it will be then critical to take into account all the available genetic and epigenetic data, including data previously regarded as not that important, says the researcher. “What we assume is not worth looking at may in fact hold the answer to major findings.”