Emissions of banned ozone-depleting substance back on decline 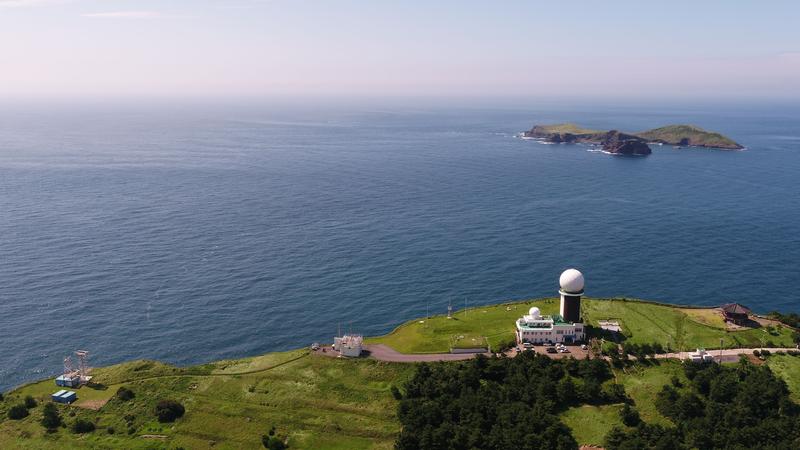 After a mysterious and sharp increase between 2012 and 2017 that could be traced to eastern China global emissions of a potent (and banned) substance notorious for depleting the Earth’s ozone layer – the protective barrier that absorbs the Sun’s harmful UV rays – have fallen rapidly in recent years and are now as low as never before since measurements began in this region in 2008, according to new atmospheric analyses published in "Nature" today

Two international studies of a consortium including more than a dozen institutions the world over, including Empa, published today in the journal Nature show levels of CFC-11 emissions, one of many chlorofluorocarbon (CFC) chemicals once widely used in refrigerators and insulating foams, are back on the decline – less than two years after their shock resurgence in the wake of suspected rogue production in eastern China was widely publicized.
“The findings are very welcome news and hopefully mark an end to a disturbing period of apparent regulatory breaches", says Luke Western from the University of Bristol, a co-lead author of one of the studies. "If the emissions had stayed at the significantly elevated levels we found, there could have been a delay, possibly of many years, in ozone layer recovery. On top of that, since CFC-11 is also a potent greenhouse gas, the new emissions were contributing to climate change at levels similar to the CO2 emissions of a megacity.”

The production of CFC-11 was banned globally in 2010 as part of the Montreal Protocol (see box), a historic international treaty that mandated the phase-out of ozone-depleting substances. Thereafter, CFC-11 emissions should have steadily fallen. In 2018, however, some of the same scientists behind the recent more reassuring discovery found an unexpected jump in emissions had begun around 2013, prompting alarm at the time that production of the banned substance had resumed in an apparent violation of the Montreal Protocol.
The first sign of something untoward was spotted by an international atmospheric monitoring team led by Steve Montzka from the US National Oceanic and Atmospheric Administration (NOAA). The team noticed that since 2013, CFC-11 concentration had declined more slowly than predicted, clearly indicating an upturn in emissions. Their results suggested that some of the increase was from eastern Asia. These unexpected findings were confirmed the following year by an independent global measurement network, the Advanced Global Atmospheric Gases Experiment (AGAGE; see box). Thus, the global data clearly suggested new emissions. The question was where exactly?
The answer lay in the measurements at AGAGE and affiliate monitoring stations that detect polluted air from nearby regions. Using data from Korean and Japanese stations, it appeared around half of the increase in global measurements originated from parts of eastern China. "We estimated that up to around 100'000 metric tons of CFC-11 have been newly incorporated into foams in China in the last seven years. This would correspond to a cargo train of 50 km length filled with the substance", says Stefan Reimann from Empa, the Swiss Federal Laboratories for Materials Science and Technology, a co-author of the 2019 as well as one of the two new studies.

Research results with a punch

Further investigation by media and environmental campaigners exposed usage of CFC-11 in the manufacture of insulating foams in China. Chinese authorities took notice, and at meetings of the Montreal Protocol in 2018 and 2019, they confirmed some banned ozone-depleting substances were identified during factory inspections, but only in very small amounts relative to those inferred from the atmospheric data. According to their reports, arrests, material seizures, and the demolition of production facilities ensued.
The scientific teams have continued to closely monitor atmospheric levels, and the latest evidence, reported in the two new papers in Nature on global CFC-11 emissions and eastern Chinese emissions, indicates that those efforts have resulted in dramatic emission declines. "This new analysis shows the importance of independent validation of international environmental treaties. Without the measurements in this region of the world, it would not have been possible to pin down emissions in this specific region", says Reimann, adding that there are still large parts of the world, which are not covered by similar measurements.
To quantify how emissions have changed at regional scales, the scientists compared the pollution enhancements observed in the Korean and Japanese measurement data to computer models simulating how CFC-11 is transported through the atmosphere. With the global data, they used another type of model that quantified the change in emissions that is required to match the observed global CFC-11 concentration trends.

At both the regional and the global scale, the findings were striking; Emissions had dropped by thousands of tons per year between 2017 and 2019. In fact, the team estimates this recent decline is comparable or even greater than the original increase, which is a remarkable turnaround.
Whilst the findings suggest the rapid action in eastern China and other regions of the world has likely prevented a substantial delay in ozone layer recovery, any unreported production will have a lingering environmental impact. And since the estimated eastern Chinese CFC-11 emissions could not fully account for the inferred global emissions, there are calls to enhance international efforts to track and trace any future emitting regions.

The necessity of independent verification

As a direct result of these findings, the Parties of the Montreal Protocol are now taking steps to identify, locate and quantify any future unexpected emissions of controlled substances by expanding the coverage of atmospheric measurements in key regions of the globe. What applies to CFC-11 also applies to other synthetic gases, as demonstrated by another recent Empa study, published in the journal PNAS. These findings emphasize the need to be on the lookout before new environmental threats develop on a large scale (see box).
What's more, says Empa's Stephan Henne, also a co-author of one of the new studies: "This method of checking for emissions could prove to be very helpful, when in the not-so-distant future several countries will have to dramatically reduce the amount of greenhouse gas emissions because of their commitments to the Paris Agreement." The scientific community is currently working hard on observation and modelling systems that will allow independent emission estimation for the major greenhouse gases on country level, he adds, thereby fostering mutual trust among the signatory countries.

An international team of scientists, led by Empa's Martin Vollmer, has spotted three new ozone-depleting chemicals in the atmosphere, they reported in a recent issue of PNAS. The team analyzed air samples gathered around the world by the AGAGE network of measuring stations. The team found a hydrochlorofluorocarbon compound, HCFC-132b, which had never before been detected in the atmosphere. Looking at archived air samples, HCFC-132b first showed up around 20 years ago. Since then, atmospheric concentrations of the chemical, which seems to be coming from factories in East Asia, have increased steadily. What is mysterious: There is thus far no known practical application for HCFC-132b. The image depicts the ozone hole over the Antarctic in 2020. (Source: NASA)

The Montreal Protocol is an agreement among countries to protect the Earth’s ozone layer, which shields the planet from UV radiation. It was signed in 1987 and entered into force in 1989. It was ratified by 196 countries and the EU, making it the first universally ratified treaty in United Nations history. The Advanced Global Atmospheric Gases Experiment (AGAGE) was created in 1990, though predecessor programs date back to 1978. A consortium of 11 research centers from around the world, including Empa, makes measurements of more than 50 gases emitted to the atmosphere by human activities that contribute to greenhouse warming of the planet and/or depletion of its ozone layer.