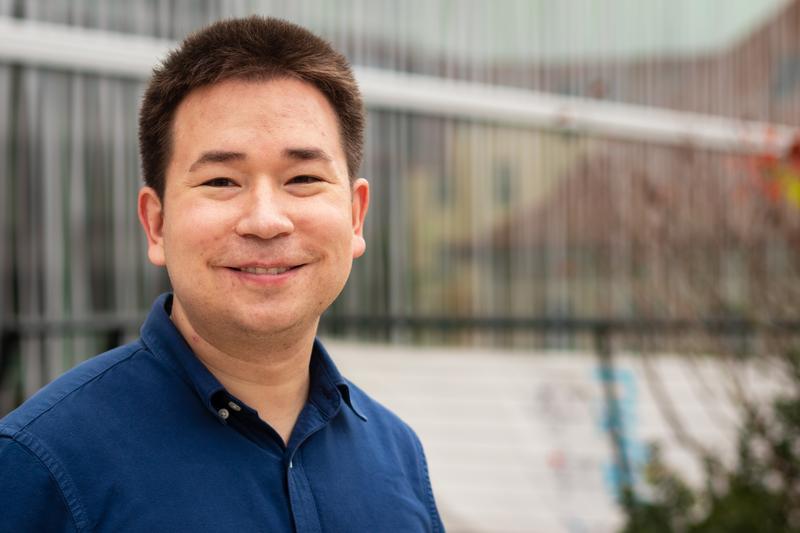 Dr. Leif S. Ludwig has received the Hector Research Career Development Award for his research into the DNA of “cellular power plants,” the mitochondria. The award supports particularly talented young scientists as they embark on the first steps of their research careers. Ludwig recently set up his junior research group in “Single-Cell Approaches to Personalized Medicine,” a joint focus area of the Berlin Institute of Health (BIH), the Berlin Institute for Medical Systems Biology (BIMSB) of the Max Delbrück Center for Molecular Medicine in the Helmholtz Association (MDC), and the Charité – Universitätsmedizin Berlin.

“I was absolutely delighted to be selected for the Hector Research Career Development Award,” says Dr. Leif S. Ludwig, who holds a PhD in biochemistry and human medicine. “I would like to express my most sincere thanks to the Hector Fellow Academy and my mentors, who have accompanied and supported me throughout my scientific development.” Much of the young scientist’s research has focused on the DNA of the mitochondria, which are known as the “power plants” of the cell. With his research group, he will investigate such things as how variants and mutations in mitochondrial DNA affect human diseases.

The Hector Fellow Academy’s new funding format is aimed at particularly talented young researchers working in natural or engineering sciences, medicine or psychology who have already taken their first career steps and started to make a name for themselves in science. Those who are accepted into the program receive an immediate €25,000 toward their research, funding for a doctoral position and an additional €9,500 in research funds per year. In addition, the award recipients are appointed members of the Hector Fellow Academy (HFA) for five years, which enables them to submit further funding applications to the HFA. “The award is a real boost for my research group and me,” explains Ludwig, “as it allows us to further consolidate and expand our research in the field of single-cell analysis and mitochondrial genetics.”

Focusing on the DNA of cellular power plants

Dr. Leif S. Ludwig is an Emmy Noether Group Leader in the new focus area “Single-Cell Approaches for Personalized Medicine” at the Berlin Institute of Health, Charité – Universitätsmedizin Berlin and the Max Delbrück Center. He studied biochemistry and human medicine, gaining a PhD in both subjects at Freie Universität Berlin and Charité, respectively. For his doctoral thesis, he went to the United States to study genetic influences on blood formation in the laboratory of Professor Harvey Lodish at the Whitehead Institute for Biomedical Research. During his postdoctoral research stays with Professor Aviv Regev at the Broad Institute of MIT and Harvard, and with Professor Vijay Sankaran at Boston Children’s Hospital, he established new single-cell methods for sequencing the mitochondrial genome.

“With these new approaches, we were able to show how genetic mutations in the mitochondrial DNA sequence can be used to monitor the activity of stem cells in the body – i.e., to see how many stem cells are actively producing blood and how this activity is regulated.” Ludwig is currently researching the fundamental properties and effects of variants and mutations in the mitochondrial DNA on human diseases. He is pursuing the clinical application of his findings together with his clinical partners, Professor Lars Bullinger at Campus Virchow-Klinikum (CVK) and Professor Ulrich Keller at Campus Benjamin Franklin (CBF), the Directors of Charité’s Medical Department, Division of Hematology, Oncology and Tumor Immunology.

About the Berlin Institute of Health (BIH)

The mission of the Berlin Institute of Health (BIH) is medical translation: transferring biomedical research findings into novel approaches to personalized prediction, prevention, diagnostics and therapies and, conversely, using clinical observations to develop new research ideas. The aim is to deliver relevant medical benefits to patients and the population at large. As the translational research unit within Charité, the BIH is also committed to establishing a comprehensive translational ecosystem – one that places emphasis on a system-wide understanding of health and disease and that promotes change in the biomedical translational research culture. The BIH was founded in 2013 and is funded 90 percent by the Federal Ministry of Education and Research (BMBF) and 10 percent by the State of Berlin. The founding institutions, Charité – Universitätsmedizin Berlin and Max Delbrück Center for Molecular Medicine in the Helmholtz Association (MDC), were independent, member entities within the BIH until 2020. Since 2021 the BIH has been integrated into Charité as the so-called third pillar. The MDC is now the Privileged Partner of the BIH.