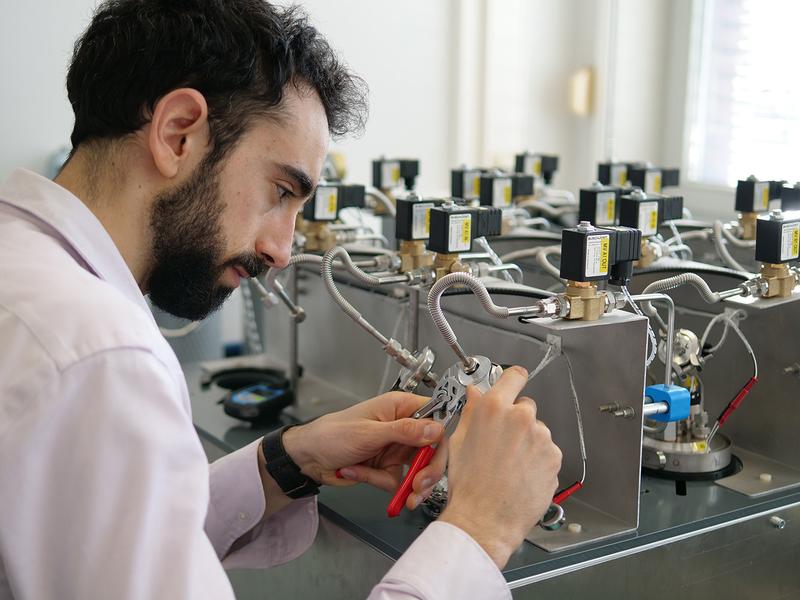 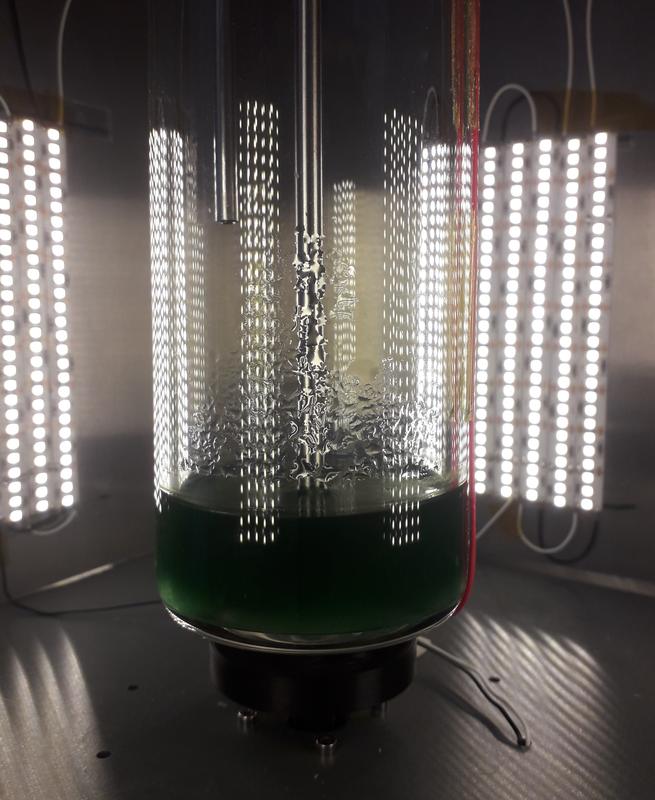 Leading space agencies aspire astronaut missions to Mars in the future. These are designed for a long-term stay, which poses new challenges for science: In addition to a habitat, for example, the few materials brought from Earth must be used efficiently and sustainably to equip and feed the astronauts. Humboldt fellow Cyprien Verseux from ZARM at the University of Bremen has now published initial research results at frontiers that indicate that cyanobacteria can reproduce excellently under Martian conditions and thus form the basis for biological life support systems.

A spacecraft flies to Mars for at least nine months, depending on the planetary constellation. In addition to the long journey time, the high safety aspects and transportation costs make it difficult to supply astronauts on Mars continuously with life-support consumables. Thus, for a long-term exploration mission, resources must be produced and recycled on Mars. One solution for this would be biological systems, or more precisely bioregenerative life support systems (BLSS). With a BLSS based on cyanobacteria, the crew could rely on local resources, greatly reducing their dependence on Earth, Verseux said.
Arguably among the oldest living organisms on our planet, they adapt well to many extreme conditions and grow by absorbing nitrogen and carbon from the air and removing nutrients that occur in the water due to, for example, agriculture. If the concentration is too high, some species can be bad for humans, as they can trigger allergies when they get in contact with the skin. On Mars, however, their full potential comes into play, as they produce oxygen through photosynthesis - a commodity vital to human survival and rare outside the Earth's atmosphere. While this ability is found in almost all plants, cyanobacteria can grow beyond that based on the nutrients that are present on Mars. Fed with Martian rocks and atmosphere, they could form the basis for a cyanobacterium-based life support system (CyBLiSS).

To take advantage of cyanobacteria on other planets, it is first necessary to investigate in the laboratory how they react to different environmental conditions: a compromise needs to be found between conditions which are close to Mars (which would make a cultivation system easier to build and operate) and conditions that best support cyanobacterial growth. "Atmos" (Atmosphere Tester for Mars-bound Organic Systems) is an atmosphere-controlled vacuum photobioreactor developed in the "Laboratory for Applied Microbiology" (LASM) at ZARM. With the help of Atmos, the research team has been working in recent months to determine what atmospheric conditions would support the growth of cyanobacteria of the genus Anabaena, while also improving technical feasibility on Mars.
The Earth's atmosphere is composed of nitrogen (78%) and oxygen (21%), plus a small amount each of argon and carbon. The Martian atmosphere, on the other hand, is composed of the same substances, but rather reversed, since it consists mainly of carbon (95%) and only small proportions of nitrogen, argon, and only traces of oxygen. In Atmos, the proportions of the gases and the atmospheric pressure were changed in various runs and the corresponding development of the bacteria was observed. The goal of the investigations was to get as close as possible to the Martian atmosphere while still maintaining strong growth of the cyanobacteria. As a result of their research during the last months, the team received promising answers:
Mainly, they were able to demonstrate that the cyanobacteria grew excellently when exposed to an atmosphere not dissimilar to the Martian atmosphere - both in terms of gases (4% carbon; 96% nitrogen) and atmospheric pressure (100 hPa). The growth achieved has significantly exceeded expectations. This is promising in the sense that it simplifies considerably the technical-logistical implementation of a CyBLiSS located on the surface of Mars. Firstly, because the pressure difference between the inside and outside of the photobioreactor would then only be marginal and thus less stringent demands would be placed on the statics of the structure. Second, because it would be possible to generate the required gas phase from the local atmosphere with minimal processing. The missing nutrients for bacterial growth could be obtained locally from Martian regolith: the team showed that the cyanobacteria could grow in the modified atmosphere in water, with a simulant of Martian soil, without any additional nutrient. As a further research result, studies of the generated biomass have shown that it is suitable as a substrate for subsequent modules of life support systems.
Promising results
The research team at ZARM is pleased that atmospheric conditions that improve the engineering and logistical feasibility of cyanobacterium culture systems on Mars can meet the requirements dictated by biology. This brings the implementation of a CyBLiSS further to the center of potential Mars life support systems on future Mars missions.
With these initial results, however, the work at LASM only begins. Over the next few months, Cyprien Verseux and his team will refine the CyBLiSS design, improving both the abilities to grow cyanobacteria on Mars and their use for producing nutrients for biological organisms in subsequent BLSS modules.

About the Alexander von Humboldt Foundation:

Every year, the Humboldt Foundation enables more than 2,000 researchers from all over the world to do research in Germany. The Foundation maintains a network of more than 29,000 Humboldtians from all disciplines in over 140 countries worldwide – including 55 Nobel Prize winners.