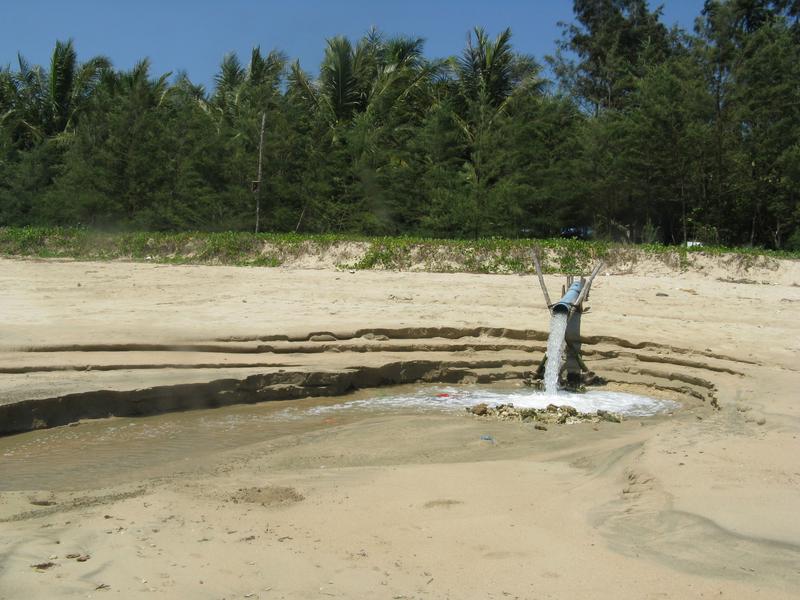 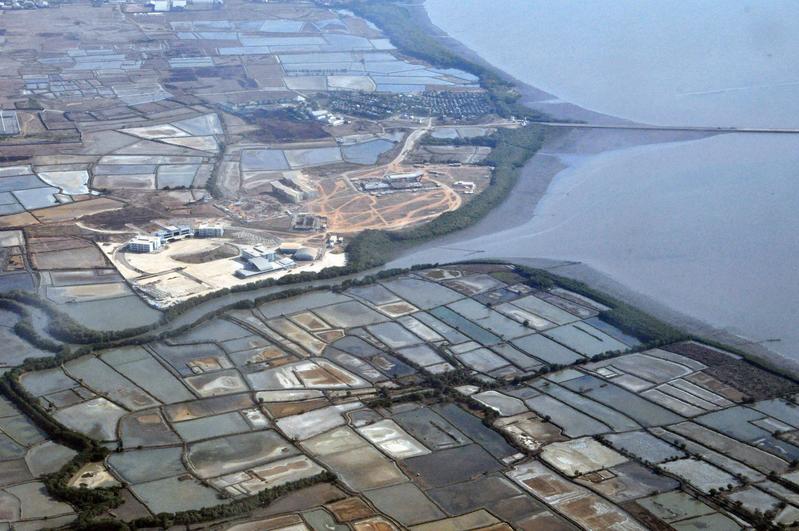 Extensive aquaculture areas along coasts are very common in Southeast Asia. A new study shows that human-produced nitrogen enters the adjacent coastal sea through the discharge of large amounts of untreated wastewater. There, it not only leads to eutrophication, but also ends up in the food chain.

In many countries in Southeast Asia, the export of fish or shrimp from aquaculture is an important economic factor. Aquaculture ponds are lined up along the coasts for many miles. Their wastewater is usually discharged untreated into the sea.

On Hainan, a tropical island in the South China Sea and China's largest special economic zone, grouper and shrimp are the main species farmed in aquaculture facilities. A team of researchers from the Leibniz Centre for Tropical Marine Research (ZMT) studied the wastewater from the aquaculture facilities and its organic waste in a lagoon and tracked its path into the adjacent coastal sea.

A major problem in aquaculture farming is that feeding is relatively untargeted. In addition, intensive farming requires feed that is very high in protein and fat. For the most part, it consists of industrially produced feed pellets. Excess feed accumulates in the pond water. Together with the fish excreta, the organic waste is discharged with the wastewater into the coastal sea. It is rich in nitrogen, which is a component of proteins.

"A globally observed negative consequence of the high input of nitrogen from agriculture and aquaculture is the overfertilization of coastal waters, which manifests itself in excessive algal blooms," reports Tim Jennerjahn, biogeochemist at the ZMT and leader of the study. "However, it is unclear in many cases whether and how this nitrogen affects other organisms in the food chain."

To track the path of the biological waste material off Hainan, the team took water samples from the aquaculture ponds and coastal waters, as well as tissue samples from representatives of the various food stages, including algae and seagrass, invertebrates such as mussels and crabs, and also various fish species. In particular, high levels of the heavy nitrogen isotope N15 were detected both in the water and in the organisms studied. In the lagoon, the N15 isotope was present in all organisms in significantly greater quantities than in their conspecifics in the open sea.

Industrially produced pellets contain a relatively high proportion of the N15 isotope. As a component of proteins, nitrogen is essential for living organisms. However, the N15 isotope is utilized more slowly and therefore accumulates in animals and plants. If larger amounts of it are found in their tissues, it indicates nitrogen produced by humans.

In China, aquaculture pond areas have now grown to more than 15,000 square kilometres. The ZMT researchers extrapolated the nitrogen input from aquaculture ponds measured off Hainan and came up with a result of 510,000 tons per year for all of China. This corresponds to about three percent of the annual worldwide nitrogen input from rivers and is thus a globally relevant figure.

To date, however, little research has been done to determine the extent to which excess nitrogen has a negative impact on the organisms themselves. For the seagrasses of Hainan, ZMT PhD student Esther Thomsen found that the nitrogen concentration in the leaves increases. This, in turn, leads to reduced leaf stability and breaking leaf tips.

It is obvious, however, that the nitrogen-rich wastewater massively disturbs the species balance in coastal ecosystems through eutrophication. The research team observed drastic seagrass and coral die-offs off Hainan. "This shows the huge impact that the discharge of nitrogen-rich aquaculture wastewater into coastal seas has on ecology - the loss of biodiversity and entire ecosystems, including their ecosystem services that are important to humans," Jennerjahn says.