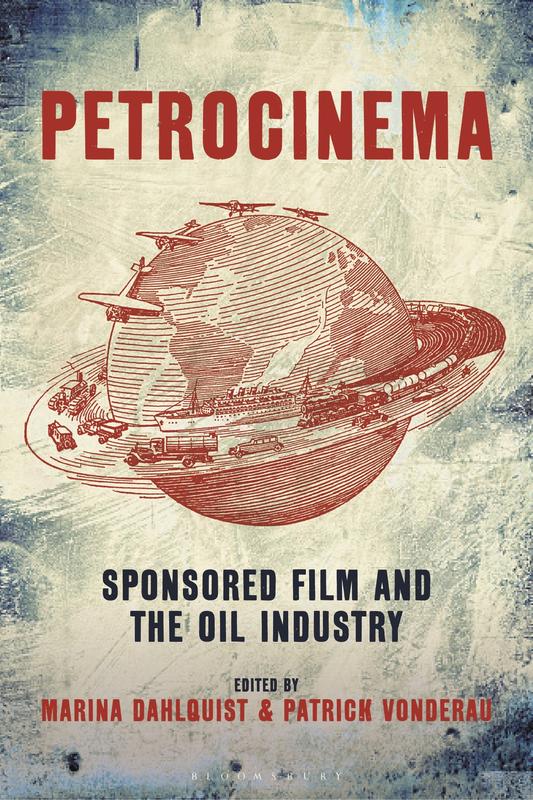 The oil industry recognized the potential of films and movies early on and, since the start of the 20th century, has attempted to influence society through its own productions. The new book "Petrocinema", published by researchers at Martin Luther University Halle-Wittenberg (MLU) and Stockholm University, shows how closely the nascent film industry was linked to various oil companies. The contributions to the book give an overview of this ambivalent connection and reveal the extent of the oil companies' influence in the 20th century.

Without petroleum, there would be no film: celluloid, which is what Kodak’s early films were made of, is a by-product of oil production. In 1910, companies like Standard Oil, Shell and BP gave the fledgling industry a financial push by commissioning productions. Initially, such films were primarily intended to be employee training material or to document the company’s history. However, it was not long before their potential was recognised: in 1923, the film "The Story of Petroleum" was released, the first major informational film about the petroleum industry. "Films like this were shown widely in cinemas, but also in schools and at public events," says Professor Patrick Vonderau, a media scientist from MLU who edited the new book together with Professor Marina Dahlquist from Stockholm University.

Throughout the 20th century, corporations like Shell produced films in their own film departments - from short commercials to educational films, entertainment films and "neutral" documentaries. The central theme was the role oil played in the modernisation of Western societies: "Oil has become the basis of modern life in many countries - even in countries without their own oil wells. Plastic products, medicine, car travel - all of this relies on oil. Such ideas were linked to a belief in progress, which in turn could only be achieved through oil," says Vonderau. Companies like General Electric and Krupp maintained their own film archives and films could be borrowed free of charge by schools. According to estimates, the oil industry has produced around 300,000 films in the US alone. Nevertheless, their media production has yet to be studied, says Vonderau.

The various articles in the book use historical examples to show the level to which the oil industry attempted to gain influence over society. They are therefore devoted not only to individual films and companies, but also to institutions specifically founded by them at the time, such as the "American Petroleum Institute" and to their attempts throughout history to exert influence, for example, that of Standard Oil on Disney and the classic era Hollywood studios. The volume is the starting step of a larger externally funded project led by Vonderau and Dahlquist which, over the next two years, will explore the connection of film and the oil industry.

17.02.2021 16:45
Correction: The sentence "celluloid, which is what Kodak’s early films were made of, is a by-product of oil production." is incorrect. In fact, celluloid is obtained from cellulose, which in turn is obtained from plant components.