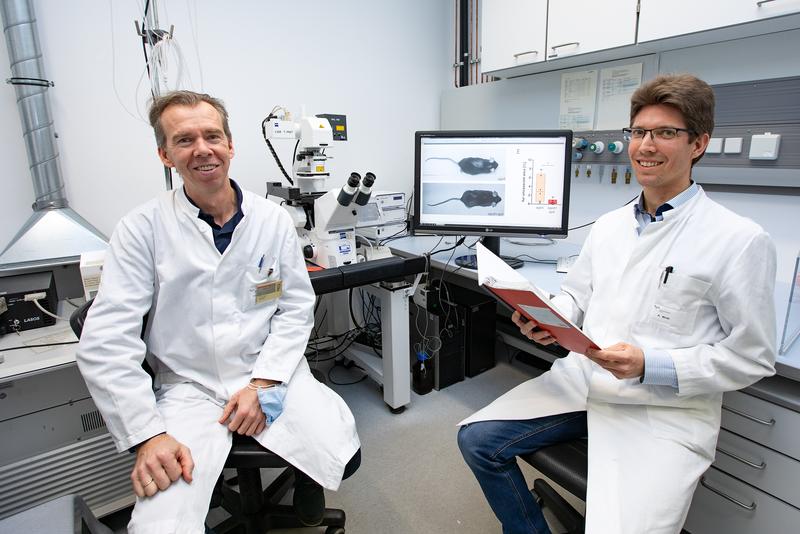 As we begin our lives, we get a little older every day. This biological process is irreversible and, with increasing lifespan, is accompanied by a variety of pathological changes that can lead, for example, to heart failure (cardiac insufficiency), the loss of nerve cells (neurodegeneration) or reduced metabolic activity. One factor in the age-related changes is that certain cellular cleansing processes no longer function well. The so-called autophagy is a kind of recycling system that breaks down and recycles superfluous or damaged components of the cell. This molecular clean-up mechanism keeps the cells fit and protects against many diseases. With increasing age, autophagy comes to a standstill. However, it can be revived with the body's own substance spermidine. A research group led by Professor Dr. Evgeni Ponimaskin from the Institute of Neurophysiology at the Hannover Medical School (MHH) has now uncovered the systemic effects and implications that the anti-ageing effect of spermidine can lead to. The study in cooperation with the University of Graz has been published in the scientific journal GeroScience. First authors are Alexander Wirth and Bettina Wolf.

Spermidine is a natural (endogenous) substance that occurs in every cell. With age, its concentration in the cells decreases. "In our study, we investigated how prolonged spermidine administration affects organs commonly affected by age and the pathway by which this occurs," explains Professor Ponimaskin. The research group of neurophysiologists, nuclear medicine specialists and molecular biologists studied the effects in aged mice and gave the animals spermidine through their drinking water for six months. Compared to non-treated, age-matched animals, the mice showed significant anti-ageing effects. "Spermidine supplementation ensured that the animals developed less kidney and liver damage and a better performance-enhancing glucose supply in the brain," explains the study leader. Age-related hair loss was also significantly lower than in the control group. Bald spots on the back, which are typical for older mice, hardly appeared thanks to the spermidine supply.

Spermidine protects against degradation of the chromosome ends

Of particular interest to the scientists, however, is the heart-protective effect of spermidine. In their studies, they found that the cardio-protective effect is associated with a reduced telomere shortening in heart tissue. Telomeres protect the ends of chromosomes in our body's cells from degradation. Chromosomes carry our genetic information. With each cell division, their ends shorten a bit. In cells that no longer divide - such as the heart muscle cells here - the telomeres are shortened further. Below a critical length of the telomeres, so-called programmed cell death sets in. "The telomeres in the spermidine-supplemented mice were similar in length to those in young animals," says Professor Ponimaskin. Since the ageing processes in the cells of mice are similar to those in our body cells, spermidine supplementation could also protect against many age-related diseases in humans.

Spermidine is an endogenous, natural substance. It was first discovered in male seminal fluid, which gave the substance its name. It is now known that spermidine exists in all body cells and that certain intestinal bacteria are capable of producing this substance. However, the main part has to be supplied by food. Spermidine is found in larger quantities in wheat germ, cheese, soy products and legumes. In our cells, the substance activates autophagy. This breaks down invading pathogens, defective proteins or cell components that are no longer functional.

The original paper "Novel aspects of age-protection by spermidine supplementation are associated with preserved telomere length" can be found here: https://link.springer.com/article/10.1007%2Fs11357-020-00310-0