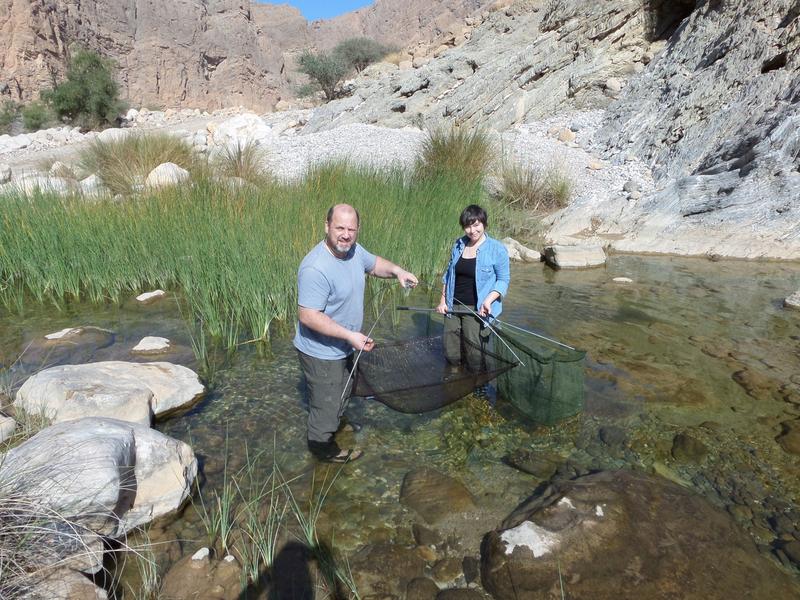 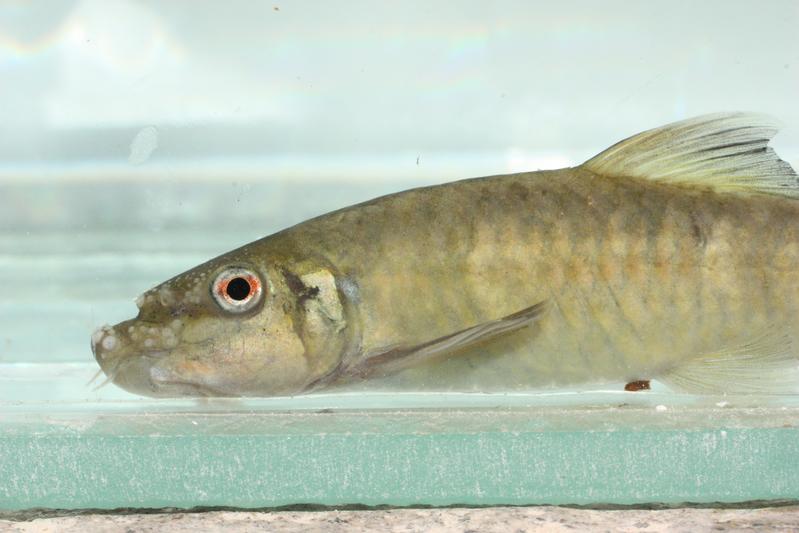 The landscape of Oman is characterized by vast desert landscapes and barren, dry high mountain ranges. When one hears of newly discovered freshwater fish, few people think of the desert state in the southeast of the Arabian Peninsula. Studies by the Natural History Museum in Vienna now show that the fish diversity in this arid region was previously underestimated.

The landscape appears hostile to fish, but it is criss-crossed by a network of surface watercourses and underground water connections that stretch along the Hajar Mountains across the north of Oman and are used as a refuge and dispersal route by various freshwater organisms.

A blind and pale pink (unpigmented) cave form of the barbel-like fish Garra barreimiae is known exclusively from the underground lakes of a cave system and attracted the interest of researchers at NHM Vienna. The freshwater fish first came to the attention of the researchers during the work to record the fauna of Al Hoota Cave, when this 4.5 km long and thus largest cave in the region was developed into a show cave.

Initial DNA studies showed that fish from the cave are genetically isolated from their sighted relatives from surface waters. In addition, it was found that the pigmented surface fish from different waters, which are outwardly very similar appearing, differed even more genetically from each other. Subsequently, many of these populations were examined in detail morphologically (according to structure and shape) and by means of DNA analysis. It turned out that the fish of different populations differed genetically as much as would be expected between species. However, this genetic differentiation was not reflected in physical differences. While the populations are quite diverse in their external appearance, there are no clear characteristics that could be used to distinguish the populations.

By analysing several genes, Dr. Sandra Kirchner, scientific researcher of the Garra research group at the NHM Vienna, was able to prove that the species Garra barreimiae actually represents four different species. Such genetically clearly secured species, which do not obviously differ from each other in external characteristics, are called "cryptic species" or "twin species". This is because not all species necessarily develop externally visible differences in the course of evolution: Environmental conditions fundamentally influence the expression of characteristics. In the course of time, successful characteristics or combinations of characteristics prevail through selection. In the limited distribution area of these five species, however, similar environmental conditions prevail throughout, which are subject to extreme fluctuations. This leaves little room for deviations of well-adapted traits. Prolonged geographical isolation can thus cause populations to split into species.

"Based on the current state of knowledge, we can assume that many "cryptic species" exist that become extinct before they are even discovered," says the young NHM researcher. Large regions on the world map have not yet been sufficiently explored to ensure a reliable assessment of species diversity. The newly discovered, cryptic fish species of the genus Garra in northern Oman are just one of many examples, that show how biodiversity is underestimated in many regions and thus also "underprotected", i.e. not protected at all.
"The distribution areas of Garra species are small and mostly isolated, so they are particularly vulnerable to environmental changes," says Sandra Kirchner.
Added to this are steadily growing threats from humans: Construction projects, the growing exploitation of (ground) water resources, salinisation and contamination of soils through seawater desalination. The protection of species and species diversity is inevitably linked to the protection of natural habitats. The discovery of these cryptic species shows us once again that species and biodiversity conservation must be seen as dynamic processes that need to be regularly re-evaluated. After all, extinct species never return!