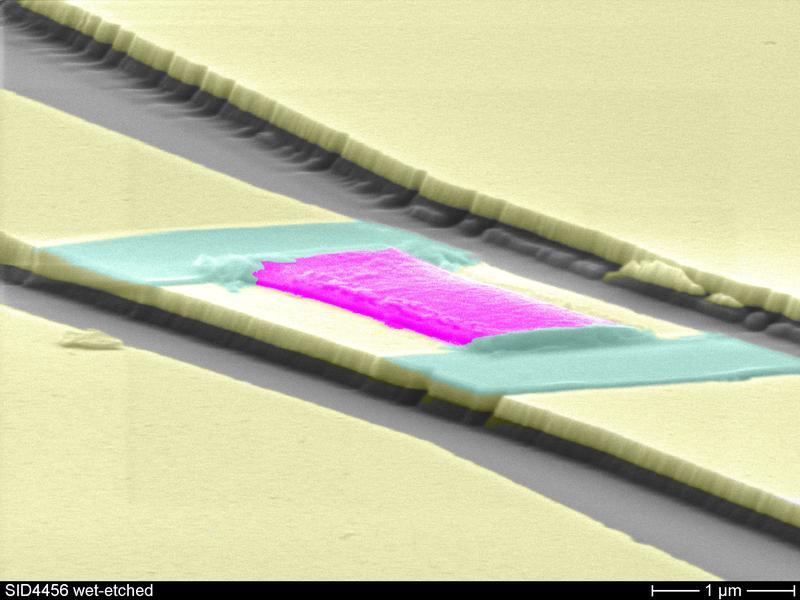 New storage and information technology requires new higher performance materials. One of these materials is yttrium iron garnet, which has special magnetic properties. Thanks to a new process, it can now be transferred to any material. Developed by physicists at Martin Luther University Halle-Wittenberg (MLU), the method could advance the production of smaller, faster and more energy-efficient components for data storage and information processing. The physicists have published their results in the journal "Applied Physics Letters".

Magnetic materials play a major role in the development of new storage and information technologies. Magnonics is an emerging field of research that studies spin waves in crystalline layers. Spin is a type of intrinsic angular momentum of a particle that generates a magnetic moment. The deflection of the spin can propagate waves in a solid body. "In magnonic components, electrons would not have to move to process information, which means they would consume much less energy," explains Professor Georg Schmidt from the Institute of Physics at MLU. This would also make them smaller and faster than previous technologies.

But until now, it has been very costly to produce the materials needed for this. Yttrium iron garnet (YIG) is often used because it has the right magnetic properties. "The problem so far has been that the very thin, high-quality layers that are required can only be produced on a specific substrate and cannot be detached," explains Schmidt. The substrate itself has unfavourable electromagnetic properties.

The physicists have now resolved this issue by getting the material to form bridge-like structures. This enables it to be produced on the ideal substrate and later removed. "Then, in theory, these small platelets can be stuck to any material," says Schmidt. The method was developed in his laboratory and is based on a manufacturing process that can be conducted at room temperature. In the current study, the scientists glued the platelets, which are only a few square micrometres in size, onto sapphire and then measured their properties. "We have also had good results at low temperatures," says Schmidt. This is necessary for many high-frequency experiments carried out in quantum magnonics.

"The yttrium iron garnet platelets could also be glued to silicon, for example," says Schmidt. This semiconductor is very frequently used in electronics. In addition, other thin-film microstructures of any shape can be produced from YIG. According to Schmidt, this is particularly exciting for hybrid components in which spin waves are coupled with electrical waves or mechanical vibrations.

The study was funded by the Deutsche Forschungsgemeinschaft (German Research Foundation, DFG) as part of the Collaborative Research Center / Transregio 227.