How the brain teaches itself to see 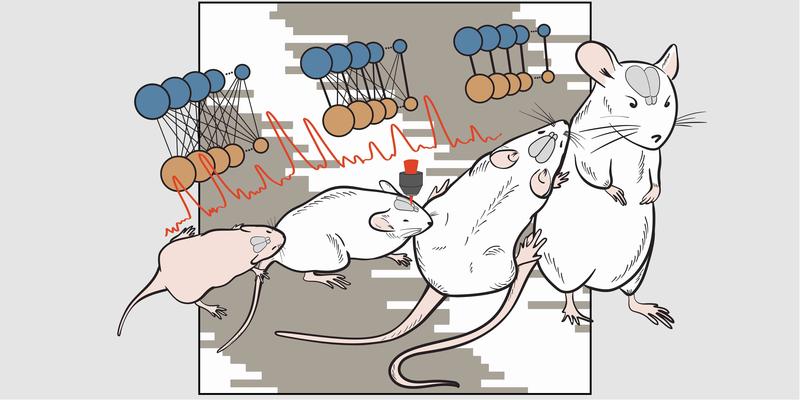 The newborn brain possesses the remarkable ability to respond to its environment and generate coordinated output without any prior experience. Rodent pups do not open their eyes prior to the age of two weeks, however, neural circuits in the visual pathway of the animal’s brain prepare and start wiring up much earlier. Before the eyes open, brain networks undergo substantial organization, tuning and coordination driven by powerful developmental mechanisms. However, without external input from the eyes, other sources generate neural activity to guide the process of connecting neurons. An international team of scientists led by Julijana Gjorgjieva, research group leader at the Max Planck Institute for Brain Research, Frankfurt describes two sources of spontaneous neural activity that play a critical role in the developing visual system of mice.

The retina is the innermost, light-sensitive layer of tissue of the eye and the first organ that processes vision. “Before eye-opening, specific neurons in the retina, known as retinal ganglion cells, spontaneously generate activity that is propagated to the visual cortex via a ‘relay station’, the thalamus”, explains Gjorgjieva. “The lab of our collaborator Christian Lohmann at the Netherlands Institute for Neuroscience, Amsterdam unveiled that neurons in the visual cortex are also spontaneously active but with different properties. Retina-driven activity spreads locally in the cortex, and few cortical neurons are activated while cortex-driven activity spreads globally with many cortical neurons being activated”, she adds.

The scientists proposed that the global spontaneous activity generated in the network should adapt to the level of ongoing activity. “Interestingly, experimentally acquired data from our collaborators supported this prediction”, says Gjorgjieva. “With this adaptation, the alternation between local and global spontaneous activity results in an interplay between strengthening the appropriate synaptic connections, and regulating overall synaptic connection strength.”

Beyond generating appropriately refined connectivity as observed during development, the new model allows predictions about the changing nature of activity patterns in the brain during development. “Our findings match the progression of spontaneous activity in the sensory cortices of developing animals and nicely illustrate the power of computational models to explore existing as well as make new hypotheses about the emergence of brain function”, concludes Gjorgjieva.