On the search of an evolutionary time machine 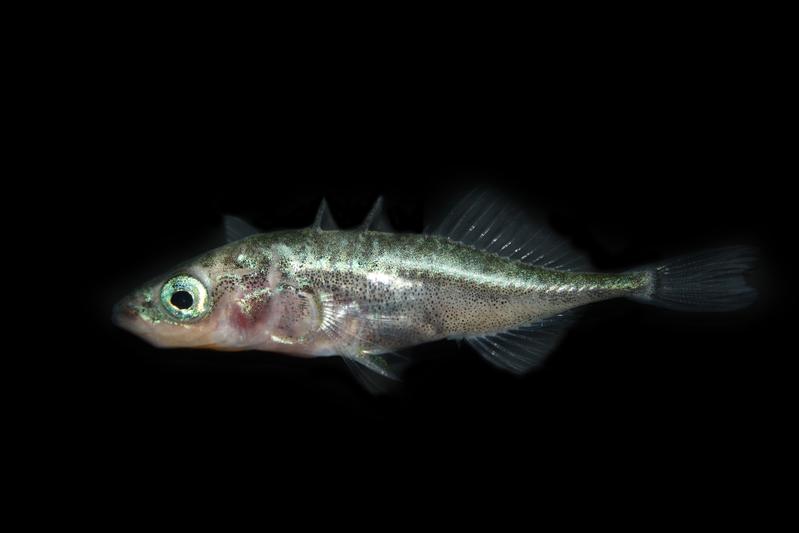 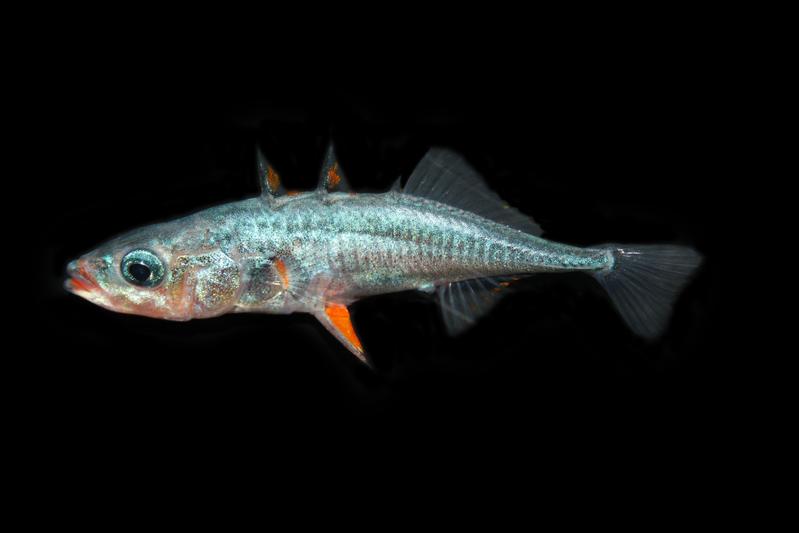 An interdisciplinary team of researchers combined scientific findings from fields of ancient DNA, evolutionary genomics, and geology to understand how marine sticklebacks adapted to life in freshwater lakes over 12,000 years ago. They now published their results in Current Biology.

Threespine sticklebacks are tiny fish with a big impact. Experts in adapting to new environments, they help biologists understand the evolutionary process of adaptation to environmental changes. After the ice sheets melted at the end of the last ice age around 10,000 to 20,000 years ago, marine threespine sticklebacks colonized the newly formed freshwater habitats and adapted to completely new environments.
As this happened repeatedly across the Northern Hemisphere, similar changes in behavior, morphology, and physiology arose, a process that is called parallel evolution. Mutations that are advantageous to life in freshwater were present also in marine populations, but rare. As natural selection started to favour them, they became very common in freshwater populations. “Research on threespine sticklebacks over the last 20 years has provided key insights into the genetic basis of parallel adaptation,” explains Felicity Jones, Research Group Leader at the Friedrich Miescher Laboratory of the Max Planck Society in Tübingen. “Adaptation can proceed via newly arising mutations, but it often involves re-use of already existing genetic variation that spreads among populations.”

Bones from what once was sea

Normally, adaptation in sticklebacks is studied by comparing present-day freshwater and marine populations, assuming that the present-day marine population is representative of the ancestral population of the freshwater sticklebacks. But marine sticklebacks have also been evolving, so that present-day marine fish may differ in important ways from the ancestral fish type that originally colonized our former freshwater habitats. This is why the researchers compared the genomes of today’s sticklebacks directly with that of their ancestors that first colonized the same freshwater lakes.
The ancient stickleback bones which the group of researchers used have themselves an interesting history. Norwegian geologists on a research mission, exploring sea-level history in the far north of Norway, stumbled upon them in several sediment cores from coastal lakes. “The fish bones we washed out from our sediment samples were amazingly well preserved and could immediately be identified as threespine stickleback,” says geologist Anders Romundset of the Geological Survey of Norway. “We determined the age of the bones by radiocarbon dating terrestrial plant remains found at the same stratigraphic levels. The stickleback lived and died in brackish water at the time when the lakes were close to being disconnected from the sea,” the geologist explains.
The fish, once marine, became trapped in what is called isolation lakes, the result of a strong land uplift. But the sticklebacks never disappeared from the lakes: they adapted to their new environmental setting. The sediment cores are therefore evolutionary ‘time machines‘ which provide access to the ancestors of the present-day stickleback in the lakes.
The serendipitous discovery of the bones provided the first opportunity to study the genomic sequences of the early colonizers of these newly formed freshwater lakes. “Although these sticklebacks died thousands of years ago, when most of Scandinavia was still covered by a giant ice sheet, their bones still contain fragments of DNA,” explains Andrew Foote of the University of Bangor. “These genetic sequences provide us with a window into the deep past and to the early stages of freshwater adaptation.” The rapid progression in the field of ancient DNA has pushed the boundaries of our ability to sequence long-dead organisms. However, extracting DNA from the tiny bones of sticklebacks presented a major challenge. Foote teamed up with Tom Gilbert of the University of Copenhagen to use the state-of-the-art ancient DNA laboratory and methods developed by Gilbert’s group. This proved a winning combination: together, they were able to sequence the genomes of the sticklebacks.

A window back in time

Since the bones came from a sediment layer representing the transition from a marine to a freshwater habitat, they contained the genetic variation suitable for a marine habitat, but with some genes showing adaptation to freshwater. “It is really striking that we could detect variants known to be adaptive to freshwater in one single marine colonizer,” stresses lead author Melanie Kirch, a member of Felicity Jones´ research group. “This shows that freshwater-adaptive genetic variants were already present in the marine stickleback populations that started to colonize freshwater lakes thousands of years ago.” However, Kirch cautions, “even when the colonizing ancestor carried genetic variants known to be adaptive in freshwater, these variants are not always present in the contemporary population. This underpins that even beneficial variants can be lost during the evolutionary process of adaptation, likely by random chance – a process known as ‘genetic drift’.”
By providing a window back in time, ancient genomes enable us to directly look at the genetic makeup of ancestors, track adaptation over timescales of thousands of years, and better understand the evolutionary process. They allow biologists to improve their models and gain insight into factors that influence the direction, speed, and molecular basis of evolution in the wild.