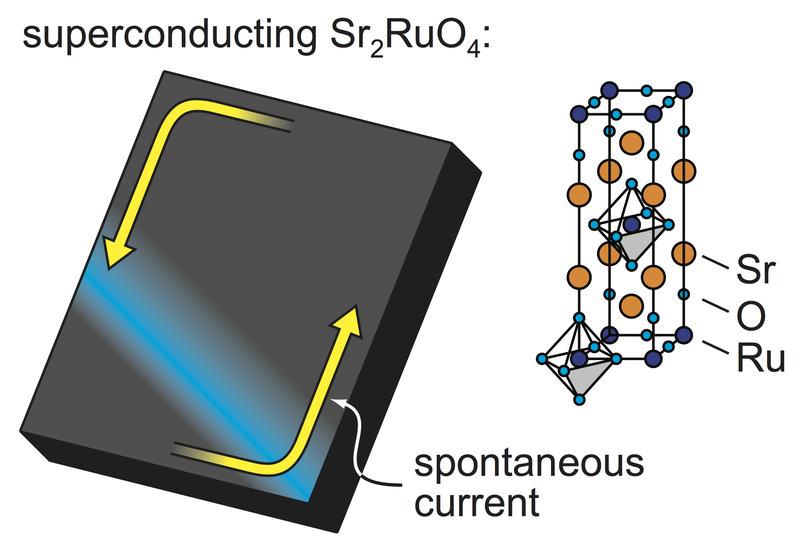 Researchers at MPI-CPfS have shown, through muon implantation experiments, that in Sr2RuO4 the onset of superconductivity causes spontaneous electrical currents to flow. They did this by showing that the onset of these currents splits from the main superconducting transition under uniaxial stress, which proves that it is a distinct transition, not a measurement artefact.