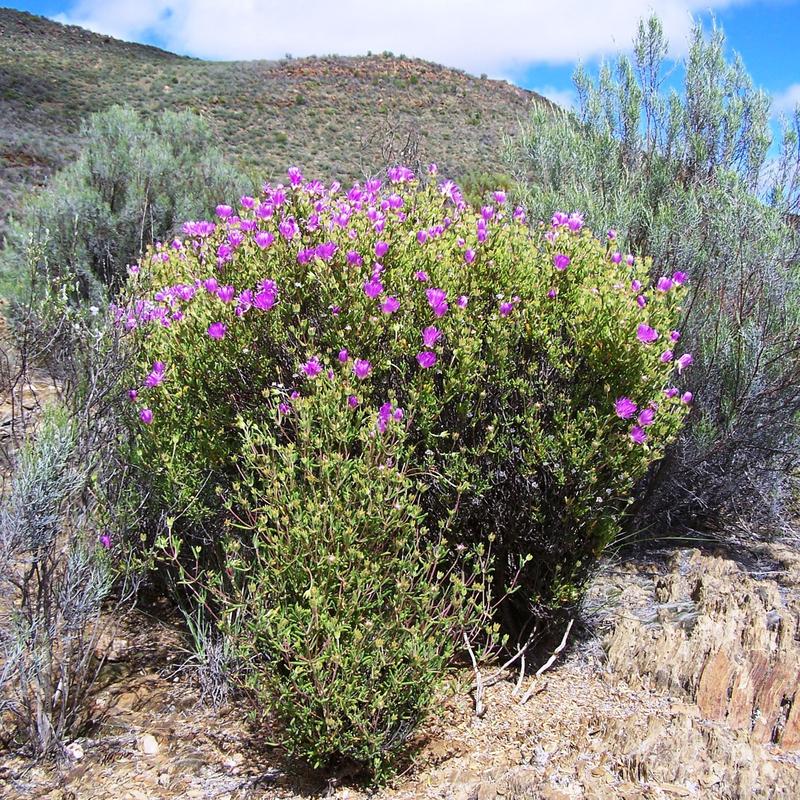 The uptake of CO₂ from the air is an essential process of plant photosynthesis. In dry areas, some plants shift this process to the night so that they can keep their stomata closed during the day and thus reduce the evaporation of water. To do this, they possess a special photosynthesis mechanism (Crassulacean acid metabolism, CAM). The extent to which plants use this mechanism for their energy balance depends, in part, on the unpredictability of precipitation. Scientists from the University of Bayreuth, the University of Hohenheim, and Stellenbosch University in South Africa report on this in the journal "New Phytologist".

Previously, all that was known was that mainly low annual precipitation causes plants to shift the uptake of CO₂ to the night. Yet the increasing unpredictability of water supply in some areas, such as southern Namibia, is leading to an increase in CAM photosynthesis as well. Species that originate from areas with more regular, seasonal rainfall and have previously photosynthesised in daylight switch, at least in parts, to CAM photosynthesis when they spread to areas with unpredictable rainfall. The researchers from Germany and South Africa gained these new insights from comparative studies on fig-marigolds (Aizoaceae) native to coastal regions of South Africa and Namibia. "Our studies exemplify how plants under increasingly uncertain climatic conditions can adapt to protect themselves from excessive water loss during photosynthesis," says Prof. Dr. Sigrid Liede-Schumann, Chair of Plant Systematics at the University of Bayreuth.

The research focused on the fig-marigold genus Drosanthemum, originating in the southern Cape region, where rainfall is comparatively high from May to September. However, some lineages – different species or groups of species with a common ancestor – of Drosanthemum have dispersed into drier habitats of the Namib region and inland South Africa. These species were examined to see what proportion of their energy balance is accounted for by CAM photosynthesis. The proportion of CAM was determined with great accuracy by measuring stable carbon isotopes. It was found that in particular the growing unpredictability of water availability correlates with a higher proportion of CAM photosynthesis. "Presumably, plants of the genus Drosanthemum switch to CAM because it may also allow them to survive in habitats in which precipitation is not only already scarce, but also extremely uncertain" says Liede-Schumann.

The researchers see this finding confirmed by studies they conducted on fig-marigolds in the fog-rich coastal region of Namibia. Despite low and irregular rainfall, the proportion of CAM photosynthesis in these plants is low because they can rely on regular precipitation from fog.

The new evidence on the ability of plants to adapt to climate-related uncertainties were only possible because the researchers had extensive and professionally curated plant material at their disposal. For several decades, the Herbarium Hamburgense, located at the University of Hamburg, one of the largest herbaria in Germany, has collected and professionally stored plants of the fig-marigold genus Drosanthemum from their entire distribution area in southern Africa..

About the fig-marigold family:
The fig-marigold leafy succulents ("sap-rich"), comprising about 1,500 endemic species, are one of the characteristic plants of the flora of dry areas of the Cape region in southern Africa. For the study now published in "New Phytologist", 73 out of a total 114 species of the Drosanthemum genus were examined, the range of which extends from the seasonally humid, southern Cape region to extremely dry Namibia.