Sheep vs. goats: Who are the best problem solvers? 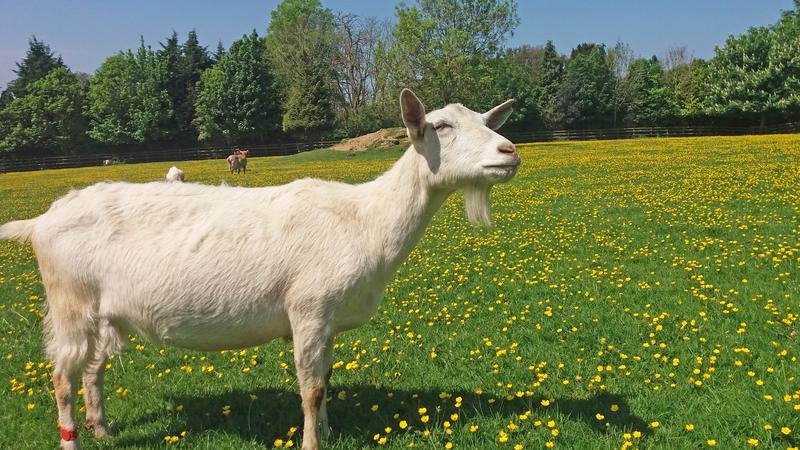 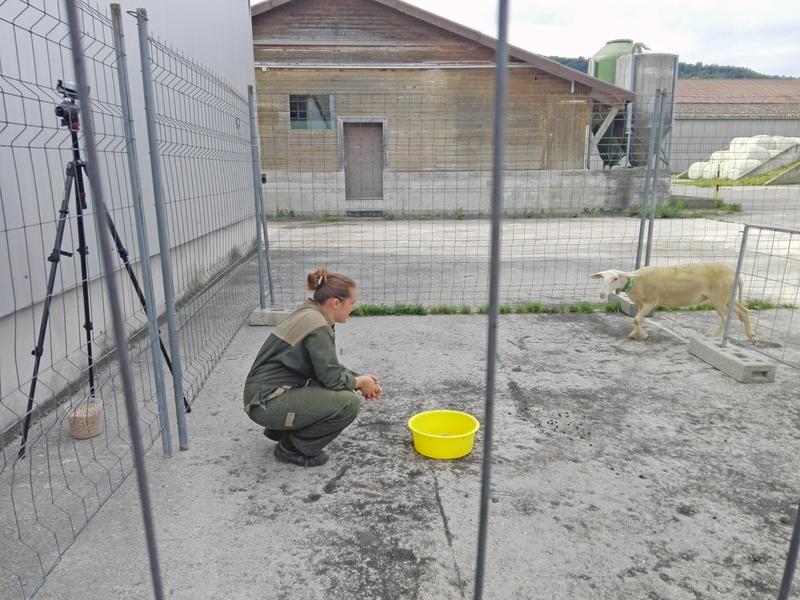 When it comes to adapting to new situations, goats are a step ahead. Compared to sheep, they can more quickly adapt to changing environmental conditions. These are the findings of a new study by researchers at Martin Luther University Halle-Wittenberg (MLU) and the Leibniz Institute for Farm Animal Biology (FBN) which were published in "Royal Society Open Science". The study investigated how well the animals were able to navigate around obstacles to reach food.

Sheep and goats have many things in common: They are closely related genetically, roughly the same size, have similar social structures, and have both been domesticated by humans over approximately the same amount of time. They do, however, differ greatly when it comes to their foraging strategies. "While sheep are grazers, goats are browsers and prefer buds and fresh shoots," explains Dr Camille Raoult from MLU who led the study together with Dr Christian Nawroth from FBN. The experiments were conducted at the Agroscope research centre in Switzerland, at Queen Mary University London (QMUL) and the Buttercups Sanctuary for Goats in Kent.

"It is important that animals are able to react swiftly to a changing environment because this allows them to find and exploit new food sources," says Nawroth. The team therefore wanted to investigate how both animal species react to new spatial obstacles. The experimental set-up of the study was rather straightforward: one animal at a time was led to the end of a small enclosure. Another person stood at the opposite end offering food. In between was a fence with a gap - the direct path was blocked each time. The researchers observed the animals’ behaviour, specifically, whether they moved directly towards the gap, and recorded the time it took them to reach the food. After a few rounds, the position of the gap in the fence was changed. The animals then repeated the test. A total of 21 goats and 28 sheep completed the experiment.

The results: In the first round with the newly located gap, the goats managed to walk around the obstacle easier and faster, although the sheep reached their goal faster on average. Both the sheep and goats were initially puzzled by the new position of the gap and needed a few attempts to adjust to the new situation. Afterwards, they made fewer mistakes. The experiments could not be carried out under identical conditions at both locations, but the results were nevertheless clear: "Goats appear to adapt better and more accurately to new situations and move with less perseveration around the obstacle when the gap has changed. This suggests that they are more cognitively flexible than sheep," says co-author Dr Britta Osthaus from Canterbury Christ Church University in summary. One possible reason for the differences could be their different foraging strategies, the researcher adds.

The study was supported by the Swiss Federal Food Safety and Veterinary Office, the Deutsche Forschungsgemeinschaft (DFG, German Research Foundation) and the US animal welfare organization Farm Sanctuary.