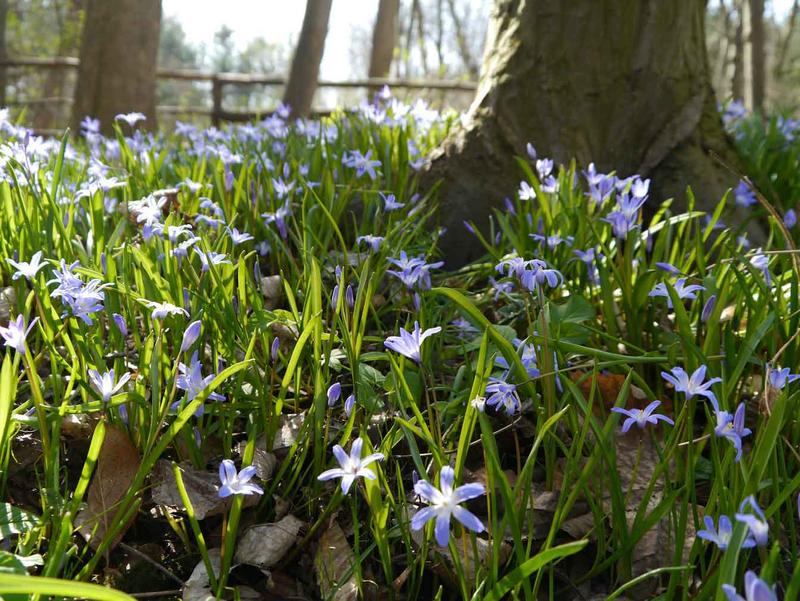 Short-lived plant species like grasses and herbs are likely to suffer much more from future climatic change than long-lived species - less due to higher temperatures, but rather from a lack of water. | Copyright: Pixabay | Download

Plant species with short generation times are more sensitive to climate change,researchers from the German Centre for Integrative Biodiversity Research (iDiv), the Martin Luther University Halle-Wittenberg (MLU) and the Helmholtz-Centre for Environmental Research (UFZ) found. The international team comprehensively compiled worldwide available data on how plant populations react to climate change. The study, published in Nature Communications, shows that plant characteristics such as generation time can predict how sensitive species are to changing climates. This has important implications for predicting which plant species need the most conservation attention regarding climate change.

Climate change is considered to be one of the greatest threats to plant species diversity. To set the right priorities in nature conservation policy, it is crucial to know which regions of the world and which types of species are particularly threatened by climate change.

"We were able to show that generation duration is a useful indicator value for a species' susceptibility to climate change," said first author Dr Aldo Compagnoni, a postdoctoral researcher at iDiv and MLU. For example, the scientists found that especially plants with short lifespans, such as those that only live a few years on average, suffered from climate extremes much worse than long-lived species. The analyses also showed that the main limiting factor of climate change is not the temperature increase itself. On average, precipitation had a three times greater impact on plant populations than temperature.

“This work helps us identify which species might be climate-vulnerable, even if we have limited information about those species,” says last author Prof Tiffany Knight from iDiv, MLU and UFZ. „For example, while we have long-term population data for a small subset of plant species on Earth, we can estimate the approximate generation duration for most plant species. This is an important first step towards determining species' vulnerability to climate change at a global scale.”

However, there are important data gaps that limit the ability to make general predictions on a global scale. The researchers found appropriate long-term datasets only for 62 of the 350,000 plant species on Earth, and the vast majority of these were species occurring in temperate zones of the USA and Western Europe. Apart from a few tree and shrub species, the data set included only grasses and herbs. To be able to make reliable predictions about the consequences of climate change for all regions of the world and all known species, new population ecology research is needed on woody plant species and on plants in the tropics, the researchers conclude.

This research was, among others, supported by the Deutsche Forschungsgemeinschaft (DFG; FZT-118). It is a product of the sDiv working group sAPROPOS. iDiv’s synthesis centre sDiv supports working group meetings where international scientists work together on scientific issues.